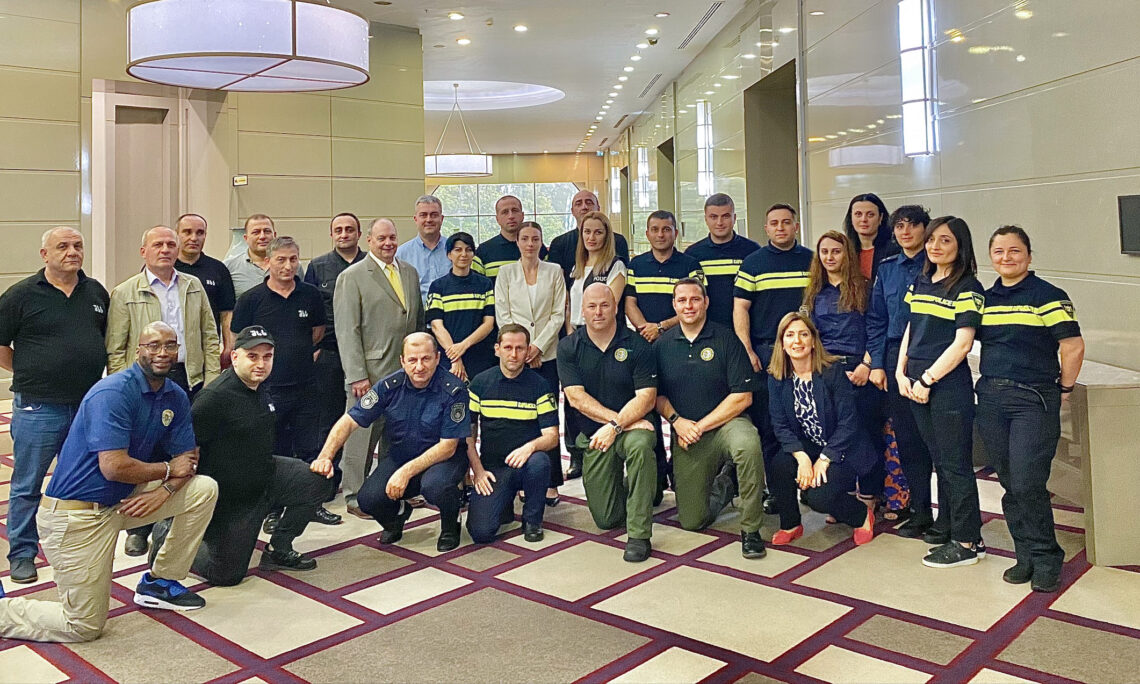 From June 20 to July 1 the U.S. Embassy’s INL office is hosting 3 police officers from the Illinois State Police to teach Interview and Interrogation Skills to the instructors of the Ministry of Internal Affairs (MOIA) Police Academy and investigators from MOIA and the Prosecutors Office.  Illinois State Police will train a total of 50 Georgian law enforcement during two separate trainings – one in Tbilisi and one in Batumi.  MOIA Academy Rector Ivane Papiashvili together with INL Director Sarah Rupert presided over the graduation in Tbilisi, while Deputy Director of the Adjara Police Department Irakli Pipia and INL Senior Law Enforcement Advisor Eric Siweck launched the Batumi training.  This training was offered under a cooperative agreement between INL and the Illinois State Police to support international law enforcement, justice sector reform, and anti-crime efforts around the world.  INL looks forward to partnering with ISP later this year to offer further training to Georgian law enforcement professionals on a variety of subjects, including crash investigations and crime scene management.