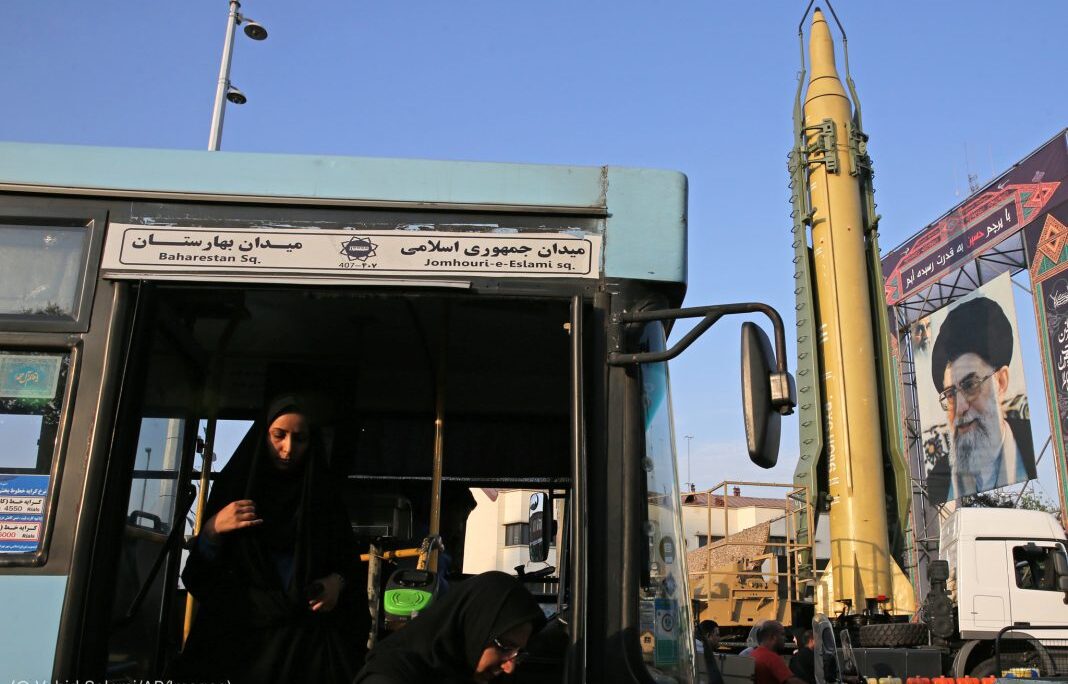 Even after Iran's leaders signed the 2015 nuclear deal, the regime still expanded and flaunted its missile capabilities, as seen here in 2017. (© Vahid Salemi/AP Images)

It was hoped that the Iran nuclear deal would “moderate” the world’s leading sponsor of terrorism, but that didn’t happen.

Instead, in the two years and 10 months before President Trump pulled the United States from the agreement on May 8, 2018, Iran’s leaders used revenues from the deal to increase the regime’s military spending and terrorist financing.

The regime increased military spending by a third, upped its missile production threefold and sent billions of dollars to the brutal regime of Bashar al-Assad in Syria.

So President Trump took a different approach. A campaign of maximum pressure is using economic sanctions to compel Iran’s regime to finally stop funding terrorism and spend resources at home.

Or as Pompeo puts it, “We just want Iran to behave like a normal nation.”

Iran’s leaders continue to prioritize their proxy fighters over their people.

From 2014 to 2018, Iran’s government increased funding for the military and terrorism by 53 percent. In 2018 alone, the regime spent $6.4 billion on its Islamic Revolutionary Guard Corps–Quds Force, a U.S.-designated terrorist organization that supports Hezbollah, Hamas and other foreign terror groups and plots attacks abroad.

Meanwhile, the Iranian people — who face 40 percent inflation — are telling their leaders to take a different approach. But when nationwide demonstrations, spurred by a hike in gas prices, swept the country in November 2019, the regime responded with an internet blackout and killed hundreds of protesters.

The world’s largest state sponsor of terrorism has also continued its aggression abroad.

The Islamic Revolutionary Guard Corps bombed tankers and took hostages in the Strait of Hormuz. It fired missiles at Saudi Arabia’s oil fields, disrupting 7 percent of the world’s oil supply. And it orchestrated attacks on the U.S. Embassy and coalition bases in Iraq, killing an American.

Iran’s leaders are also stockpiling and enriching uranium beyond any peaceful need. They continue to demand concessions from other countries rather than changing their behavior.

“They’re not used to being told ‘no,’” Hook said. “President Trump is standing up to them in ways that have no historic precedent.”