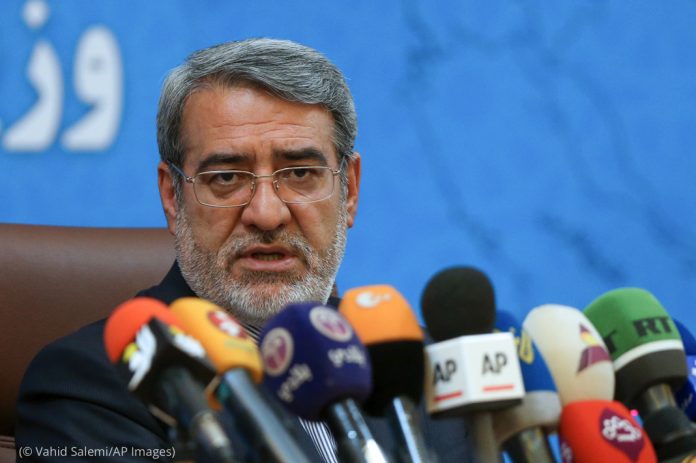 “His — and the regime’s — goal was to quash these peaceful protests and suppress the rights of peaceful assembly and freedom of expression at any cost,” Pompeo said in a May 20 statement. “His orders led to the killing of many protesters, including at least 23 minors.”

Today the U.S. sanctioned Iran’s Minister of Interior, Rahmani Fazli, and others under human rights-related sanctions authorities. Under Fazli's orders, many peaceful protestors have been killed, among them a 12-year-old walking home from school. The abuse must stop.

The Iranian regime’s brutal crackdown on nationwide protests in November killed about 1,500 people, including as many as 148 Iranians massacred in Mahshahr, a city in southwestern Iran. The protests began after a hike in gas prices but quickly turned against the regime’s broader corruption and mismanagement.

Those killed include 12-year-old Sayed Ali Mousavi, who Iranian security forces shot in the chest in the city of Ramhormoz in western Iran, Amnesty International says in the March 4 report They Shot Our Children. Mousavi was shot November 16 while walking home from a school near the protests. The Amnesty International report provides evidence that security forces killed 23 minors and calls for a U.N. investigation into the regime’s unlawful use of force.

The sanctions from the U.S. Departments of State and Treasury impose financial penalties and bar Rahmani Fazli and members of his family from traveling to the United States. The United States is using economic sanctions to compel Iran to stop funding terrorism and to spend resources at home.

Under Rahmani Fazli’s leadership, which began in 2013, Iran’s Law Enforcement Forces have committed numerous human rights violations. In addition to participating in government crackdowns on protesters, the Law Enforcement Forces operates detention centers associated with physical and psychological abuses, the Treasury Department said in a May 20 statement.

As interior minister, Rahmani Fazli has granted permits for peaceful gatherings that have then been attacked by plainclothes individuals suspected of being regime security officials, according to the Treasury Department statement.

“The Iranian regime violently suppresses dissent of the Iranian people, including peaceful protests, through physical and psychological abuse,” U.S. Treasury Secretary Steven T. Mnuchin said in the statement. “The United States will continue to hold accountable Iranian officials and institutions that oppress and abuse their own people.”