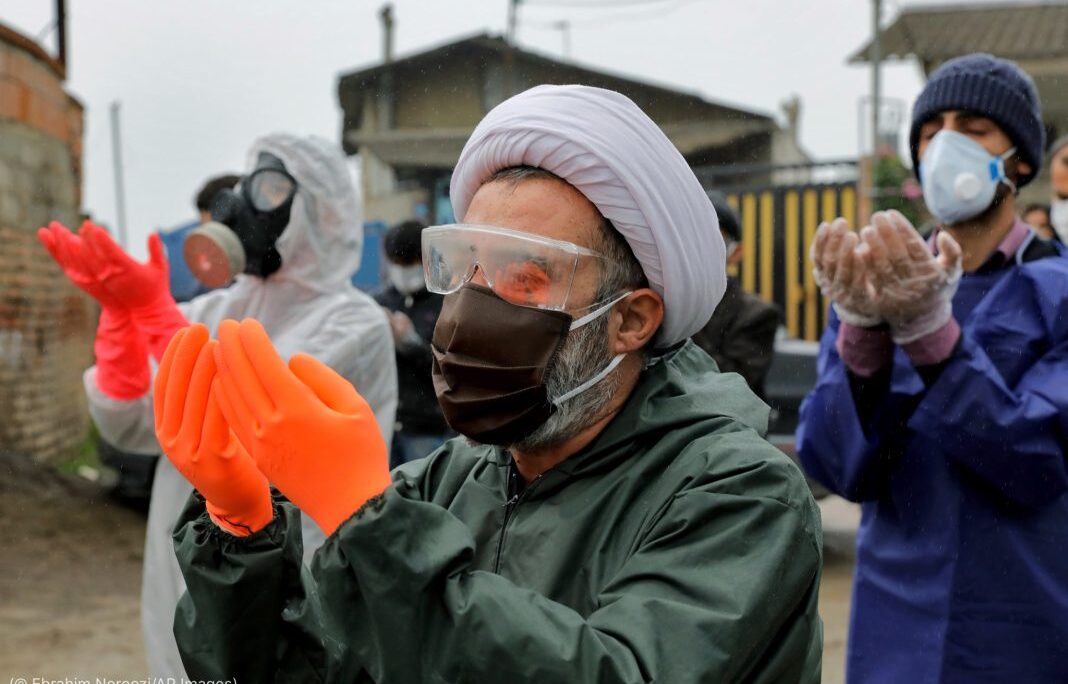 Mourners pray over the body of a victim who died from COVID-19 in Babol, Iran, on April 30. (© Ebrahim Noroozi/AP Images)

“A billion dollars has been withdrawn from the fund but has been spent somewhere else,” Hossein Ali Shahriari, chairman of the Iranian Parliament’s Health Committee, told local news, IranWire says. “The government must come clean and respond to the just demands of health workers.”

Meanwhile, U.S. Secretary of State Michael R. Pompeo says, Khamenei has continued to increase spending on Iran’s Islamic Revolutionary Guard Corps, which aids the regime’s terrorist proxies abroad, and its Basij, a paramilitary force within the IRGC, which killed around 1,500 Iranians in a November 2019 crackdown on protests.

In March, Khamenei increased funding for the IRGC, a U.S.-designated terrorist group, by 33 percent more than President Hassan Rouhani requested, according to a U.S. Department of State fact sheet. Also, Khamenei more than doubled the budget for the Basij, which uses child soldiers to export terror and crack down on domestic dissent.

“While the Health Ministry was pleading for resources to protect the Iranian people from the outbreak, Khamenei instead increased funding for the Islamic Revolutionary Guard Corps, a designated Foreign Terrorist Organization, by a third, and doubled the funding for the regime’s Basij forces that terrorize the Iranian people every single day,” Pompeo said in an October 8 statement.

While boosting funding for terrorism and brutality, Khamenei also allocated $400 million from the National Development fund to increase the salaries of government officials.

Iran’s regime has long spent money slated for the Iranian people on terrorism. In 2018 and early 2019, Iran’s Central Bank siphoned several billions of U.S. dollars and euros from the National Development Fund to the IRGC’s Quds Force, which sows violence abroad.

“Our sanctions are directed at the regime and its corrupt officials that have used the wealth of the Iranian people to fuel a radical, revolutionary cause that has brought untold suffering across the Middle East and beyond,” Pompeo said.