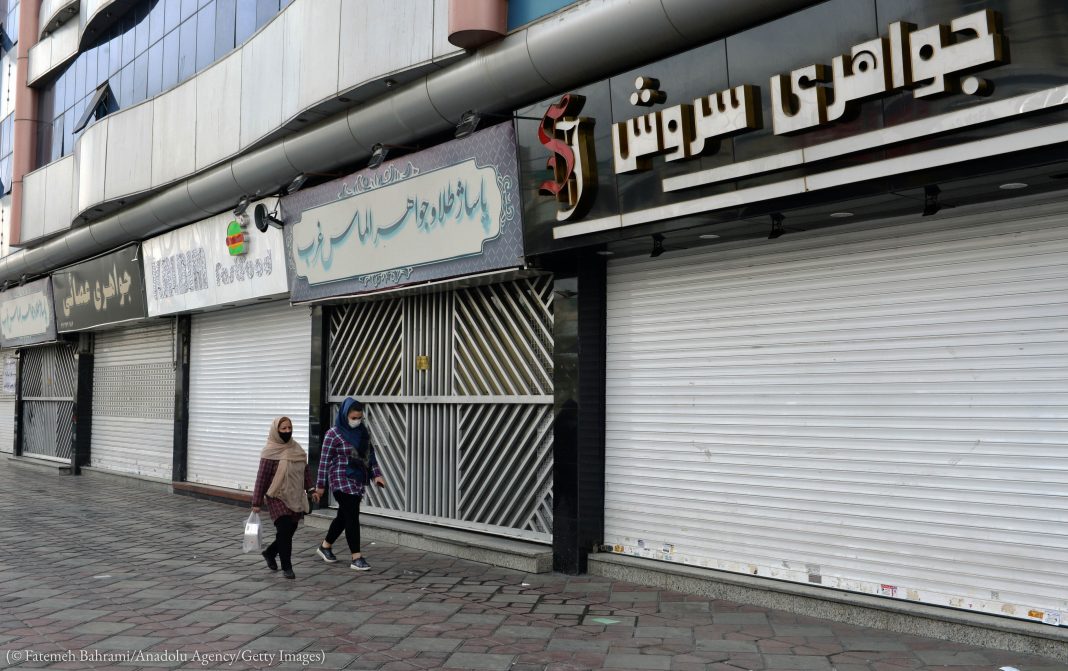 The Iranian regime required stores in Tehran to close in March but has spurned offers of aid to help its people through the COVID-19 outbreak. (© Fatemeh Bahrami/Anadolu Agency/Getty Images)

Iran’s leaders have repeatedly refused outside offers to help everyday Iranians who are suffering from COVID-19, worsening the regime’s failed response to the outbreak.

“We are deeply surprised to learn that the approval for the deployment of our treatment unit has been revoked,” Michel Olivier Lacharité, MSF’s manager of emergency programs, said. An MSF team was in Iran and planned to start treating severely ill patients this week.

Secretary Pompeo
✔@SecPompeo
The Iranian regime kicked out Doctors Without Borders @MSF, which was setting up a field hospital for Iran’s most vulnerable #coronavirus patients. The regime’s longest-suffering victims are its own people.

“Instead of focusing on the needs of the Iranian people and accepting genuine offers of support, senior Iranians lied about the Wuhan virus outbreak for weeks,” Pompeo said March 17.

Iran is the epicenter of the coronavirus outbreak in the Middle East and has seen 1,934 deaths and 25,000 people infected as of March 24, according to Al-Monitor.

Iran’s regime has responded to the crisis with misinformation and mismanagement. The regime waited nine days after its first coronavirus death to acknowledge an outbreak. And leaders have suggested the virus was a U.S. biological attack, while arresting Iranians who provide accurate information for “spreading rumors.”

The regime’s Mahan Air flew dozens of round-trip flights to cities in China in February, despite a stated ban on flying to the country issued January 31.

The United States has imposed sanctions to deny Iran’s regime revenue it would use to fund terrorism. But the United States maintains broad authorizations for the sale of food, medicine, and agricultural and medical products to Iran.

In cooperation with the Swiss government, the United States developed a channel to bypass the Iranian regime’s systemic corruption and financial mismanagement, ensuring that cancer drugs and other lifesaving medicines reach Iranian patients.