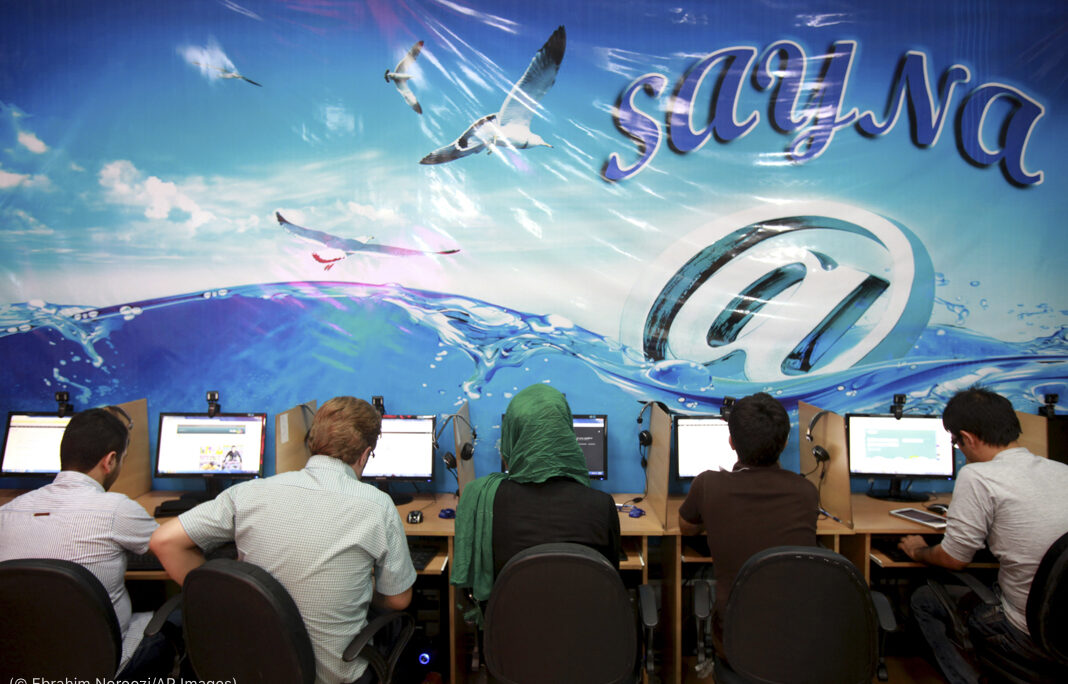 FILE - In this Tuesday, Sept, 17, 2013 file photo, Iranians surf the Internet at a cafe in Tehran, Iran. In Iran, a government push for a 'halal' internet means more control after protests. (AP Photo/Ebrahim Noroozi, File)

Iran’s regime has spent at least $4.5 billion to build a domestic intranet that would further tighten restrictions on everyday Iranians’ internet access.

The regime has long blocked thousands of web sites. Now the government is seeking greater control over content through a project, started as early as 2005, known as the National Information Network (NIN), according to Radio Farda.

The domestic intranet would block data requests from going outside the country and allow the government to censor content.

U.S. Secretary of State Michael R. Pompeo is encouraging U.S. and international technology companies to improve the free flow of information to the Iranian people, noting the regime blocked the internet to hide atrocities in November 2019.

“In an effort to hide evidence of the regime’s abuses against its own people, Iran imposed a near-total shutdown of access to the global internet last November, placing nearly all of its 80 million people in digital darkness for a week while security forces killed as many as 1,500 people and arbitrarily detained thousands more,” Pompeo said in a May 20 statement.

All mobile networks were disconnected and NetBlocks recorded only 5 percent of normal connectivity. But citizens still could access the state-run intranet.

President Hassan Rouhani has said a completed NIN will preclude the need for foreign networks. The regime planned to complete the NIN by 2016 but failed to meet that goal. Iran’s government is offering citizens financial incentives to use the NIN instead of the internet.

The U.S. government supports the right of the Iranian people to the free flow of information through its policies, such as the U.S. Treasury Department’s General License D1, which facilitates use of personal communications services.

In its November 2019 Freedom on the Net report, issued a week before the Iranian regime’s internet blackout, Freedom House ranked Iran last in the Middle East in internet freedom. Among 67 countries evaluated, only China ranked lower in internet freedom than Iran. The ranking was based on access, content limits and violations of users’ rights.