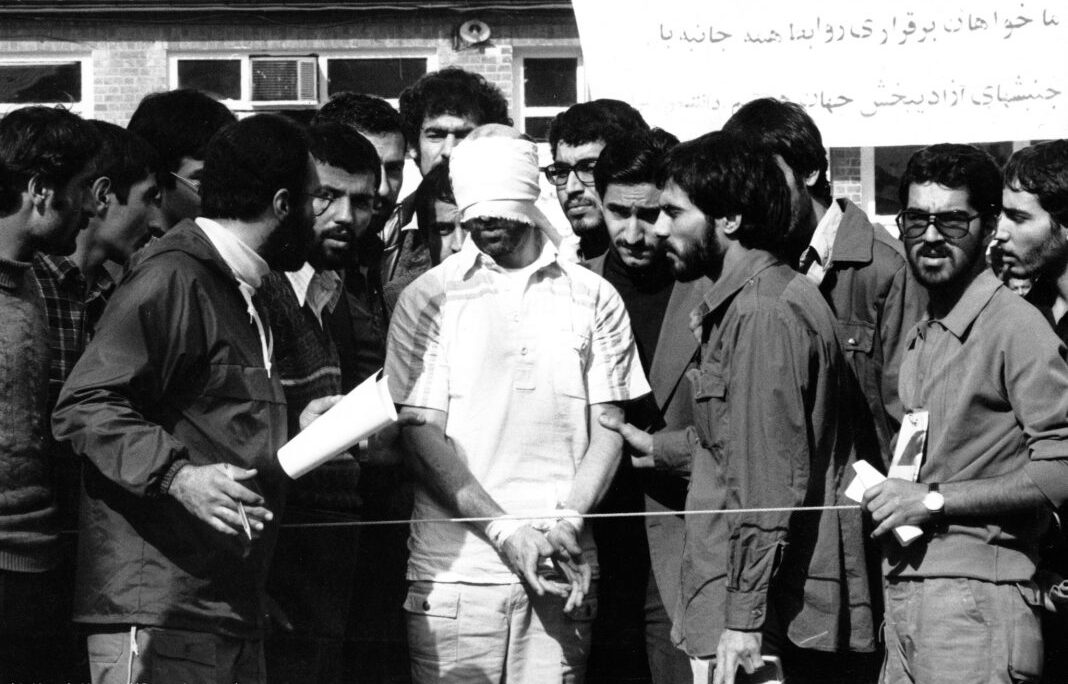 Iranian students show off a blindfolded American hostage at the U.S. Embassy in Tehran on November 11, 1979. (© Kaveh Kazemi/Getty Images)

While the students released 14 hostages after a short time, they did not free 52 other Americans for well over a year after their capture.

Since then, Iran has continued to practice the most undiplomatic behavior toward other countries’ diplomats around the world — as U.S. Secretary of State Michael R. Pompeo has said, “The regime’s brutality and amorality know no international boundaries.”

The Iranian regime arrested the British ambassador to Iran. This violates the Vienna Convention, which the regime has a notorious history of violating. We call on the regime to formally apologize to the UK for violating his rights and to respect the rights of all diplomats.

The following are other examples, most of which are documented in a State Department report, Outlaw Regime: A Chronicle of Iran’s Destructive Activities (PDF, 20 MB).

Earlier this year, Iranian authorities arrested and briefly detained Rob Macaire, the United Kingdom’s ambassador to Iran. Iranians accused Macaire of taking part in illegal demonstrations in Tehran protesting the accidental downing of a Ukrainian airliner by Iranian forces. The ambassador contends he was attending a vigil for the victims of the crash, Reuters reported. U.S. Department of State spokeswoman Morgan Ortagus called on Iran to apologize.