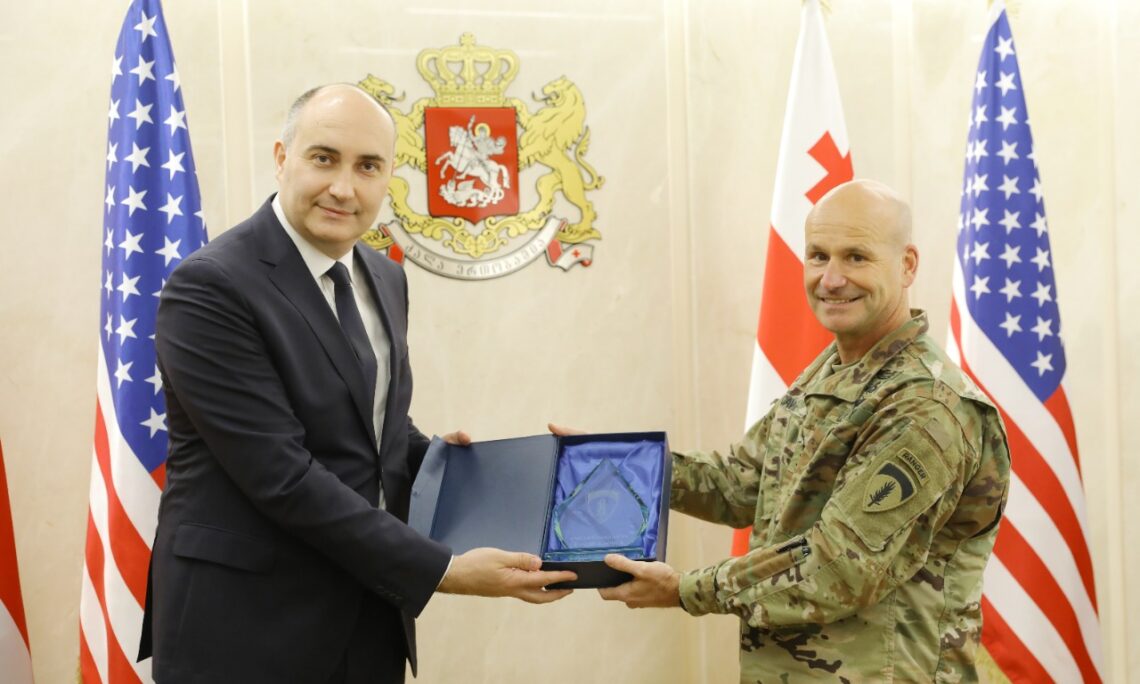 The visit provided an opportunity for Gen. Cavoli and Minister Burchuladze to discuss regional security challenges, mutual security cooperation initiatives and perspectives of future cooperation. Joint training and exercises were highlighted, including plans for upcoming multinational exercise Agile Spirit, which is scheduled to be held in the summer of 2021 in Georgia.

Gen. Cavoli also met with Georgian Chief of Defense Major General Giorgi Matiashvili and discussed the successful progress of the GDF within the Georgia Defense Readiness Program (GDRP), which focuses on enhancing Georgia’s ability to staff, equip and train its forces, as well as post-GDRP security cooperation priorities. Gen. Cavoli praised the growing leadership role and enhanced capabilities of the Georgians in the U.S. – Georgia military relationship.

In addition, Gen. Cavoli visited the Vaziani training area where the GDRP –Training (GDRP-T) team focuses specifically on enhancing Georgia’s ability to train its forces. The Georgian Defense Forces maintain a high-level of training for its international missions and the GDRP-T mission enhances Georgia’s interoperability and strengthens the country’s territorial defense capabilities. U.S. and Georgian forces are proud to serve side-by-side in the NATO Resolute Support Mission in Afghanistan and around the world.