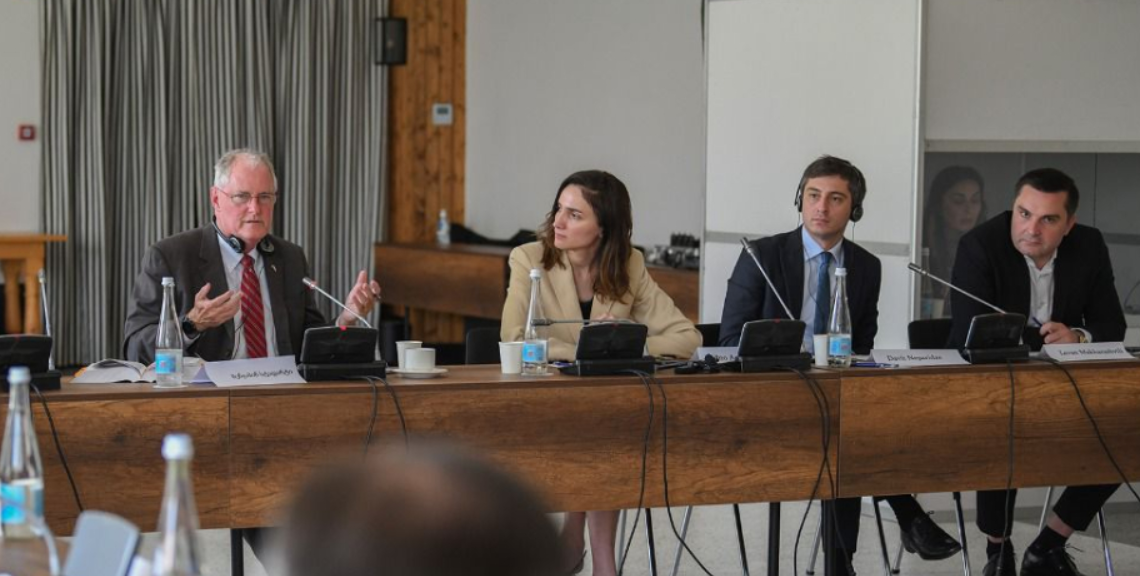 The United States continues its strong support of Georgia’s judiciary. Last week, the U.S. Embassy and Department of Justice were honored to host Judge Benjamin Studdard, a senior U.S. judge from Atlanta, Georgia.  This is Judge Benjamin Studdard’s 8th trip to Georgia since 2017 to support judicial reform and development of Jury Trial Institute. Judge Studdard’s visit was also focused on improving procedures related to the jury selection process. During his visit, Judge Studdard participated in a two-day Bench and Bar meeting organized by the Prosecutor’s Office of Georgia and sponsored by Department of Justice to share best practices on jury selection with a jury trial judges, and representatives of the Prosecutor’s Office, Georgian Bar Association, and Legal Aid Service. Judge Studdard also had the honor of visiting two regional jury trial courts, Batumi and Kutaisi City Courts, where he met with the judges and attended court hearings, including observing jury selection hearing in Kutaisi City Court.