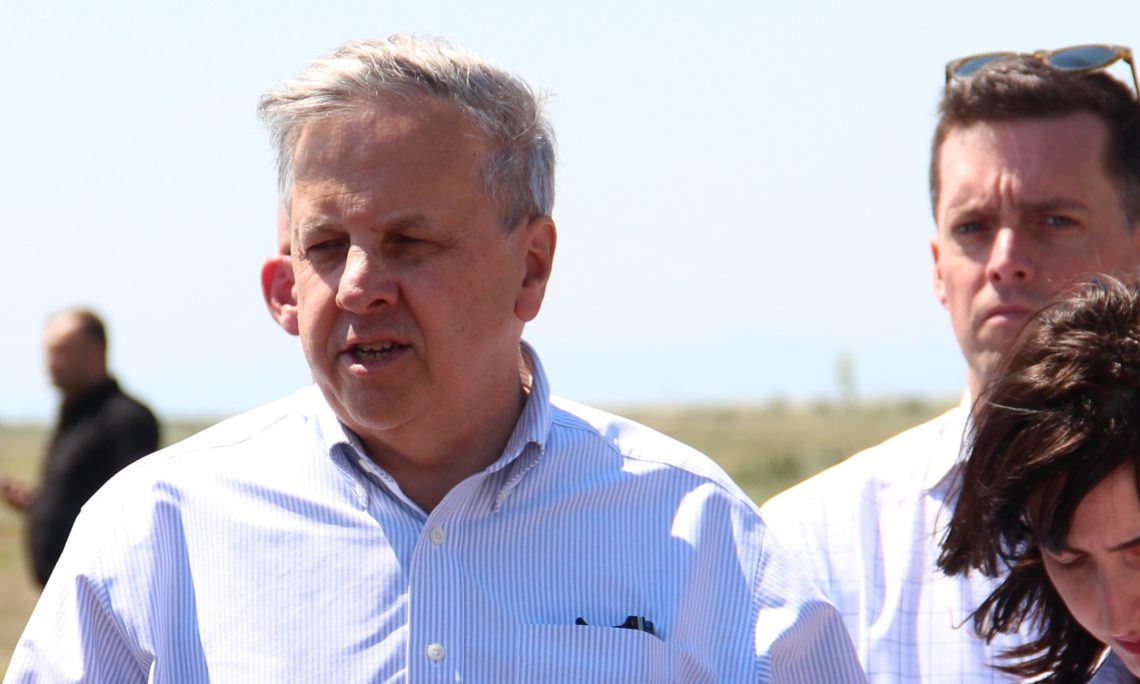 Ambassador Kelly: I think you have to ask the FSB and the Russian authorities why this place was chosen.  I think this place has just remarkable symbolic significance; it is just a few hundred meters from the most important highway in Georgia.  It is not just an important highway for Georgia but it has tremendous strategic significance as well.  I just continue to be appalled that in the 21st century there is such a gross violation of Georgian sovereignty by a neighbor of Georgia.  The United States will never accept this unilateral redrawing of the sovereign borders of Georgia and we will continue to speak out about the injustice and how offensive such moves as this sign here and other acts of borderization are that artificially and inhumanely divide people and have a tremendous impact on farmers and family members and people who are divided in two.  It is absolutely appalling that this is happening in the 21st century.

Question about the solution to this, how should Georgian authorities behave in this situation

Ambassador Kelly: This is a very unnatural act and I believe that this kind of very unnatural act of dividing people by a greater power will not stand.  Just as the United States never recognized the incorporation of the Baltics into the Soviet Union, so we will never recognize this unnatural borderization here, this violation of Georgian sovereignty.  I would like to say there was a quick solution.  I think that Georgia has been very pragmatic in their approach to this.  We would like to see a lot more progress in the Geneva Talks, we participate in the Geneva Talks, and I think the most important thing we can do is to remain steadfast and speak out and be supportive of Georgia and its reform path.

Ambassador Kelly: I do not have a view.  I believe that all people have the right to peacefully assemble and make their views known; I think this is a domestic issue and I am not really aware of the details of it.

Ambassador Kelly: It is obviously a very sensitive issue in our own country but not knowing the exact details of the exact cases I really do not have a comment.