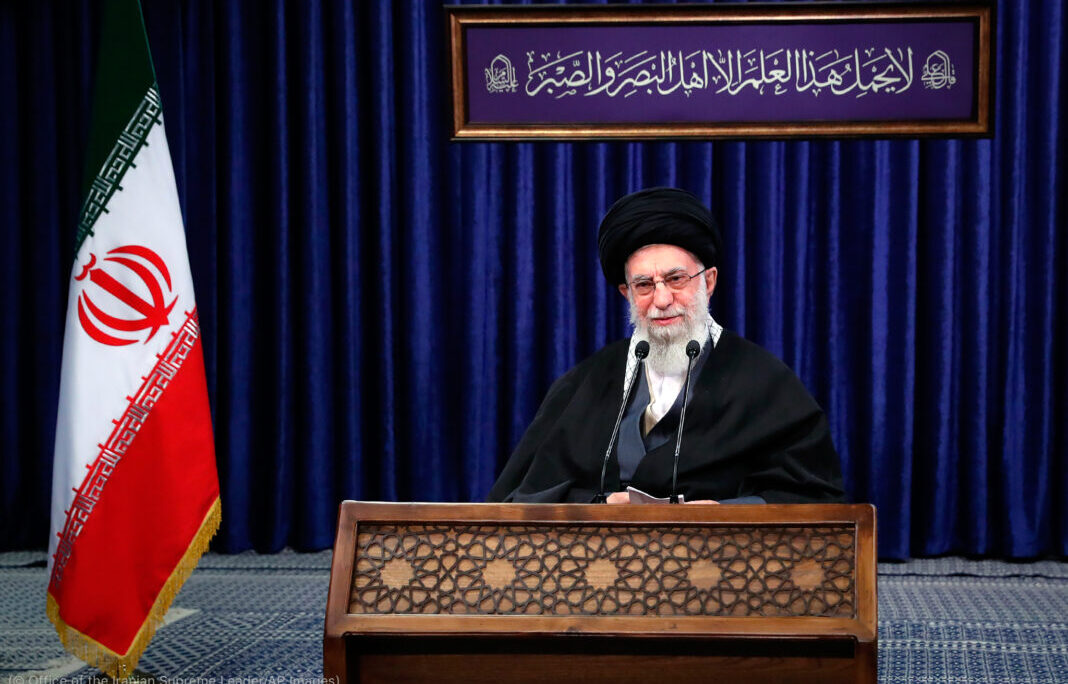 In this picture released by an official website of the office of the Iranian supreme leader, Supreme Leader Ayatollah Ali Khamenei addresses the nation in a televised speech in Tehran, Iran, Friday, Jan. 8, 2021. in Tehran, Iran. Khamenei called to ban the import of American and British vaccines, cl

Iran’s Supreme Leader Ayatollah Ali Khamenei is banning highly effective coronavirus vaccines from Iran because they are made in the United States and other Western countries.

“I really do not trust” them, Khamenei said January 8, announcing the ban on two widely used vaccines produced in the United States and the United Kingdom, the Associated Press reports. “Sometimes they want to test” their vaccines on other countries. “I am not optimistic (about) France” either, Khamenei added.

After Khamenei announced the ban, the Iranian Red Crescent Society, a nonprofit, dropped plans to import 150,000 doses of vaccine donated by U.S.-based philanthropists and scheduled to arrive in Iran in the coming weeks, according to Radio Free Europe.

The ban on vaccine imports deprives everyday Iranians’ access to vaccines produced by Pfizer and BioNTech, a partnership of U.S. and German firms, and by AstraZeneca, a pharmaceutical firm headquartered in the U.K.

Pfizer’s vaccine has proven 95% effective in clinical trials and the U.S. government has committed to purchasing enough to vaccinate 100 million people, with additional purchases possible, the AP reports. Studies have also shown AstraZeneca’s vaccine is safe and effective, according to news reports.

Khamenei’s ban continues the Iranian regime’s pattern of refusing outside offers to help Iranians who are suffering from COVID-19. In March, Iran rejected previously agreed upon plans for Médecins Sans Frontières, the aid group also called Doctors Without Borders, to set up a treatment unit for COVID-19 patients in the hard-hit city of Isfahan.

Although the United States is using economic sanctions to block Iran’s support for terrorism and proxy wars in the Middle East, it does not sanction medical supplies, agricultural products, personal communication devices or humanitarian aid intended for the Iranian people.