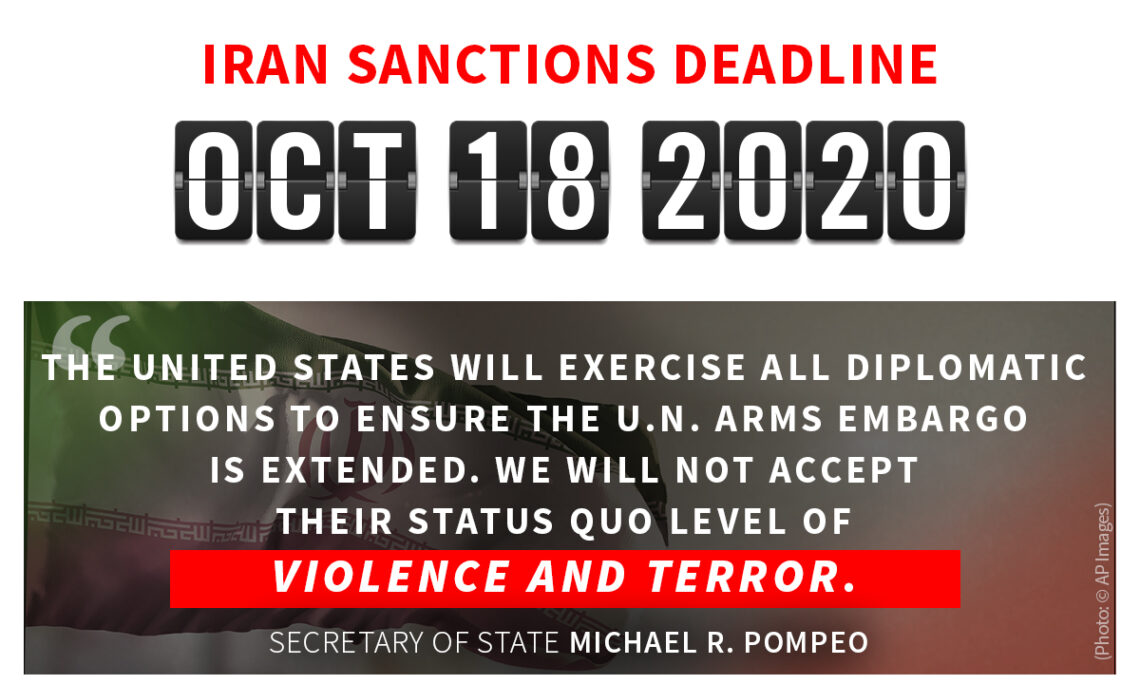 The United States will not allow a 13-year arms embargo on the Iranian regime to expire and, if necessary, will use authority under an existing U.N. resolution to keep the restrictions in place.

In a May 13 op-ed in the Wall Street Journal, U.S. Special Representative for Iran Brian Hook says that the U.N. arms embargo set to expire in October limits the Iranian regime’s arming of terrorist groups and should be extended.

“The U.S. and partners have used the arms embargo to disrupt Iran’s sending advanced weaponry to terrorists and militants,” Hook says. “Letting the arms embargo expire would make it considerably easier for Iran to ship weapons to its allies in Syria, Hamas in Gaza, and Shiite militias in Iraq.”

The United States has drafted a U.N. Security Council resolution to extend the embargo, Hook says. But should a member of the security council veto an extension, the resolution that endorsed the flawed 2015 nuclear deal allows the United States to “snap back” sanctions against Iran’s arms sales.

Special Representative for Iran Brian Hook: The Security Council must pass a resolution to extend the arms embargo. If this effort is defeated by a veto, the Trump administration is prepared to exercise all legally available options to extend the embargo. https://t.co/KXG7NH1fOi

On October 18, the five-year anniversary of the 2015 nuclear deal, important restrictions on the world’s leading state sponsor of terrorism begin to expire. Lifting the arms embargo will allow Iran’s regime to import and export advanced weapons systems, including combat aircraft, warships, submarines and guided missiles.

Under the 2015 nuclear deal, Iran’s leaders committed to “positively contribute to regional and international peace and security.” But in the two years and 10 months before President Trump pulled the United States from the agreement on May 8, 2018, Iran’s leaders used revenues from the deal to increase military spending and terrorist financing.

The United States is using economic sanctions to compel Iran’s regime to finally stop funding terrorism and instead spend resources at home.

Without the embargo, Hook says, Iran’s regime will advance plans to upgrade its aging air force and improve the accuracy of its missiles, strengthening its ability to strike ships and airplanes.

He notes that Iranian President Hassan Rouhani has said lifting the embargo will facilitate the regime’s weapons sales and has threatened “a crushing response” if the embargo is extended.

“The Trump administration’s preferred strategy is for the Security Council to extend the arms embargo,” Hook says in the op-ed. “One way or another, the U.S. will ensure it remains in place against the violent and revolutionary regime in Tehran.”