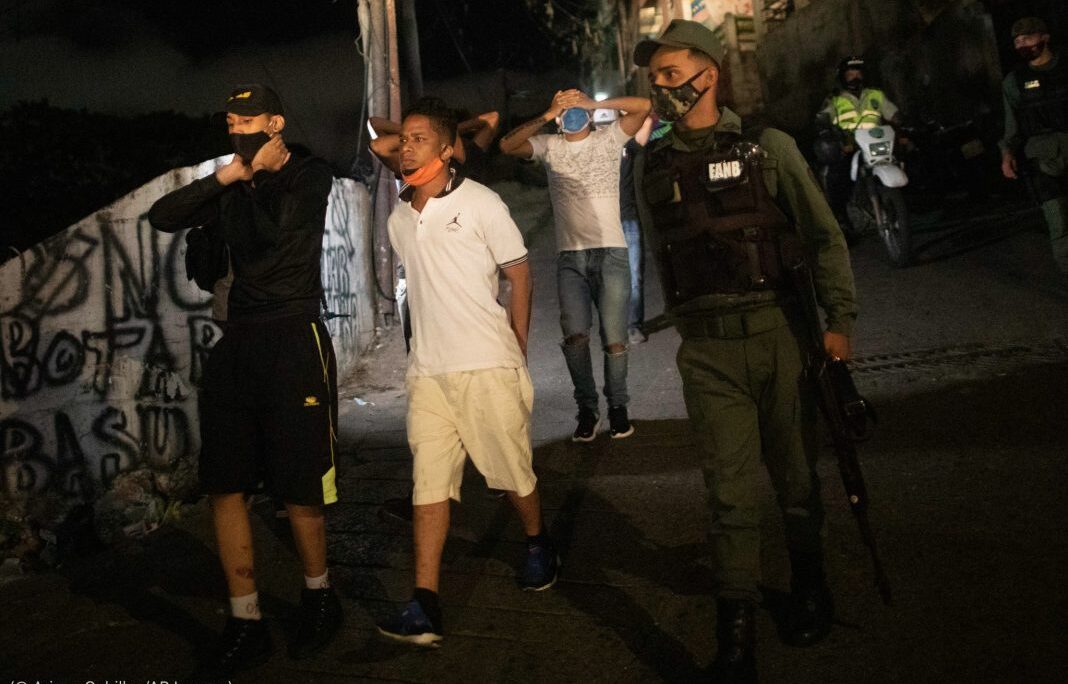 The illegitimate Maduro regime has used the COVID-19 pandemic to crack down on anyone who doesn’t comply with Maduro, a Human Rights Watch report says.

Since mid-March, “Venezuelan authorities have arbitrarily detained and prosecuted dozens of journalists, health care workers, human rights lawyers and political opponents who criticize the government of Nicolás Maduro,” according to HRW.

The organization asserts that the illegitimate Maduro regime created a state of emergency to arbitrarily arrest, detain and torture whomever it wanted.

When compiling the report, HRW identified cases involving 162 people who were harassed, detained or prosecuted by the regime between March and June. The report gives details on several key accounts, highlighting the purely punitive actions of the Maduro regime.

At the end of March — right after the start of Maduro’s enforced state of emergency — soldiers with Maduro’s Bolivarian National Guard of Venezuela beat and detained Henderson Maldonado, a human rights lawyer, for helping cancer and renal patients get gasoline for their cars. Without the fuel, the patients could not drive to get the life-saving treatments they needed.

At the Bolivarian National Guard of Venezuela headquarters, Maldonado was left handcuffed to a pillar for five hours without access to a bathroom, food or water. He was hit on the head and hand with a frozen water bottle by an agent who told him he did not deserve to live.

In early April, Andrea Sayago, a bioanalyst, helped diagnose the first confirmed case of COVID-19 in Venezuela. She sent a message over WhatsApp to colleagues, alerting them of the patient’s test results and encouraging them to take precautionary measures to prevent the spread of the virus.

Sayago’s messages were posted on social media. She was forced to resign by the hospital board, which said her messages constituted terrorism. A few days later, the Bolivarian National Intelligence Service (SEBIN) arrested Sayago after a pro-Maduro politician’s wife called for her to be punished. SEBIN detained Sayago in their headquarters for two days.

“The state of emergency has emboldened security forces and armed pro-government groups that already have a record of torture and extrajudicial killings to crack down even more harshly on Venezuelans,” said José Miguel Vivanco, an HRW director. “In Venezuela today, you can’t even share a private message criticizing the Maduro government via WhatsApp without fear of being prosecuted.”