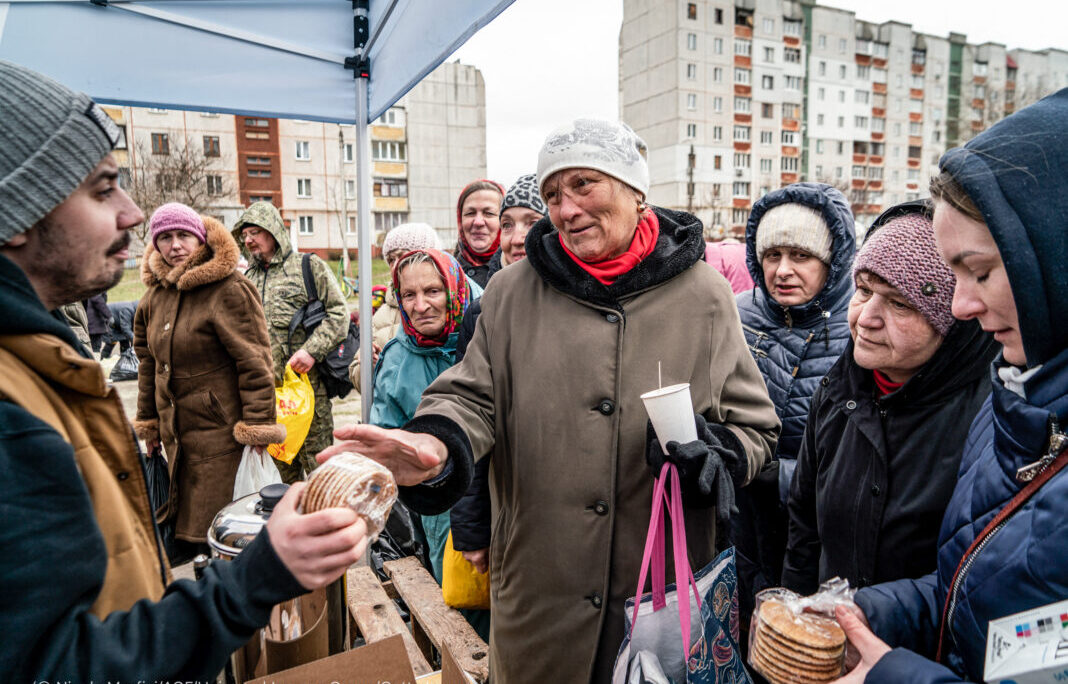 As Vladimir Putin’s war reaches its 100th day, the United States and partners remain united with the people and government of Ukraine.

Since the Kremlin launched its full-scale invasion February 24, the U.S. government and the American people have shown solidarity with Ukraine. Here are a few ways.

Supporting the people of Ukraine

The U.S. government has provided more than $688 million in humanitarian assistance to help those affected by the Russian government’s constant bombardment of schools, hospitals, homes, farms and other civilian infrastructure. This is the most of any country. The war has displaced more than 8 million within Ukraine and forced 6.7 million to seek refuge in neighboring countries.

This assistance — through the U.S. Agency for International Development and the U.S. Department of State — includes food, safe drinking water, shelter, emergency health care and medical supplies, among other services.

U.S. businesses, large and small, and religious and nonprofit groups likewise contribute goods and services to the people of Ukraine affected by Putin’s war.

Led by the United States and its allies and partners, countries worldwide acted to isolate Putin’s regime after the February full-scale invasion. From blocking financial transactions to stopping energy imports, nations are holding Putin and his enablers accountable for the brutal war.

The United States and NATO allies have been steadfast in their support for Ukraine’s territorial integrity and sovereignty, as have countries worldwide. In a historic demonstration of global unity, an overwhelming majority of countries condemned the Kremlin’s attack on Ukraine in a March vote at the United Nations.

The colors of Ukraine’s flag are displayed around the world. At night, iconic buildings throughout the United States and the world lit up in blue and yellow, in vibrant expressions of solidarity.

Getting out the truth

New restrictions signed into law by Russia’s parliament forced most independent media outlets in Russia to cease or suspend operations and, in some cases, to flee the country to continue their work in exile. A recent law provides that journalists in Russia who “spread false information” about the war could face a 15-year prison sentence.

Close associates of Putin, including spokesman Dimitri Peskov and broadcaster Vladimir Solovyov, deliberately distort the truth about the Russian government’s policies while living in luxury as a reward for their loyalty. The United States and the European Union imposed sanctions on both.

The State Department’s website regularly provides resources and tips for disarming disinformation, which includes a report detailing how the Kremlin uses state-owned or state-controlled media outlets to spread lies about its war against Ukraine.