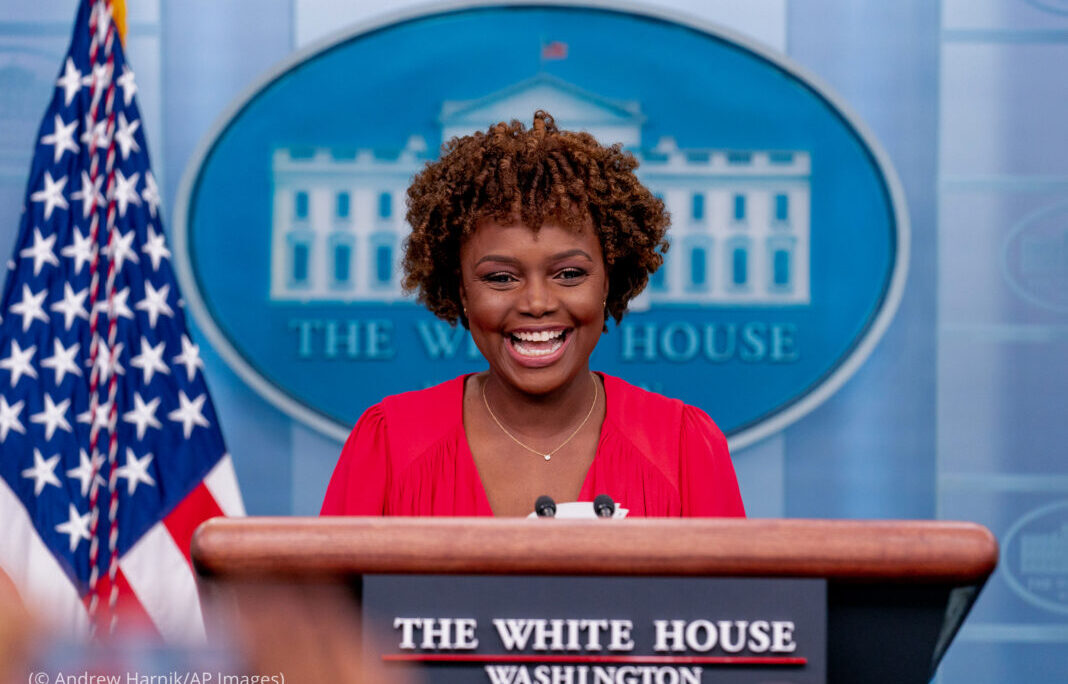 Karine Jean-Pierre thought it was inconceivable that one day she’d stand up in front of the press and deliver the daily briefing as the chief spokesperson for the president of the United States.

She is the daughter of a New York City cab driver and a hair salon owner, both immigrants; her parents hoped she would be a doctor — but she didn’t pass her medical school entrance exam. Instead, she pursued public affairs.

Now, she is the first Black and openly gay press secretary for the White House.

“Representation matters, and not just for girls, but also for boys,” said Jean-Pierre at the start of her first press briefing May 16. “And so what I hope is that young people get to dream big and dream bigger than they have before by seeing me stand here and answer all of your questions.”

Later, Jean-Pierre worked for former President Barack Obama’s 2008 campaign and, later, for President Biden’s 2020 campaign.
Since the start of the Biden-Harris administration, she has served as principal deputy press secretary.

She has a daughter with her partner, journalist Suzanne Malveaux.

The Biden administration is the most diverse in U.S. history, with 58% women, 18% who identify as Black or African American and 14% openly LGBTQI+ people serving in President Biden’s Cabinet.

“I stand on their shoulders. If it were not for generations of barrier-breaking people before me, I would not be here,” Jean-Pierre said of her political forerunners, such as her mentor and former New York City Mayor David Dinkins, the first Black man to hold the position. “But I benefit from their sacrifices. I have learned from their excellence and I am forever grateful to them.”