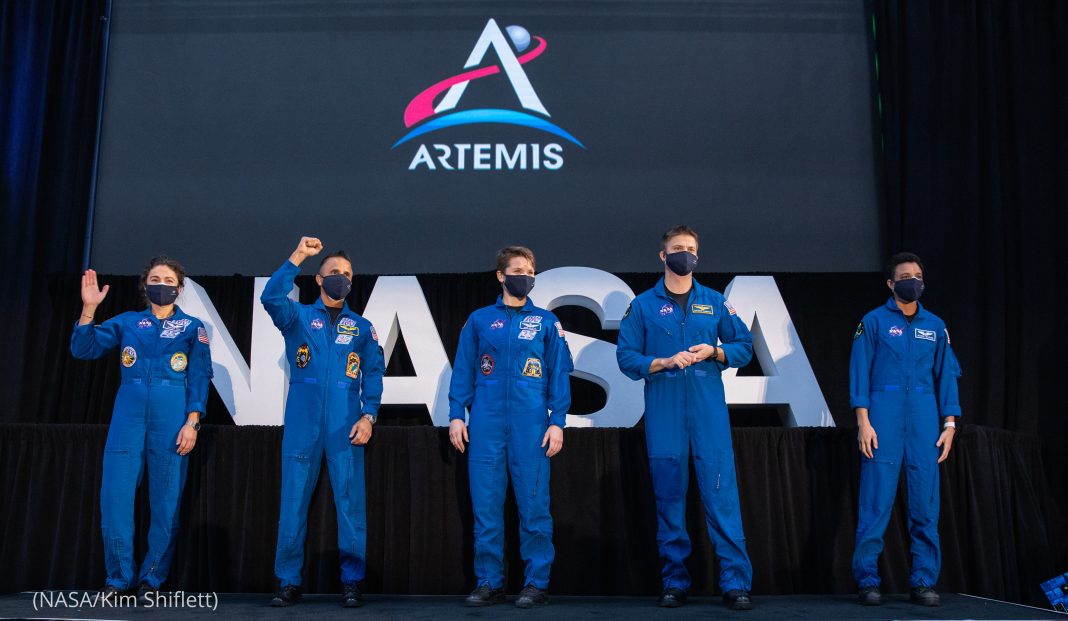 NASA astronauts (from left) Jessica Meir, Joseph Acaba, Anne McClain, Matthew Dominick and Jessica Watkins are introduced during a National Space Council meeting at the Kennedy Space Center in Florida on December 9, 2020. The five are part of an initial team of 18 astronauts eligible for early Artem

NASA announced its latest selection of 18 elite astronauts — all of whom hail from its pre-existing corps — to the Artemis Team.

“The Artemis Generation are the heroes of American space exploration in the future,” said Vice President Pence at the eighth meeting of the National Space Council, of which he is the chairman, on December 9.

The crew has a wide range of experience, from relative newcomers to seasoned, record-breaking space veterans.

Stephanie Wilson has been an astronaut with NASA since 1996 and holds the record among African-American astronauts for spending the most time in space. And Christina Hammock Koch completed the longest single spaceflight by a woman at 328 days in space and six spacewalks.

Some are the children of immigrants. Dr. Jonathan “Jonny” Kim’s parents immigrated to Los Angeles from South Korea in the early 1980s. Kim enlisted in the U.S. Navy after graduating high school and went on to become a Navy SEAL, one of the top elite corps in the U.S. military. In 2016, Kim completed his medical degree from Harvard University and joined NASA a year later.

“We are dreamers, but even more so, we’re doers,” Anne McClain, one of the newly selected Artemis astronauts, said at the December 9 ceremony. “The doors are open, come on after us.”

It has been 48 years since the last U.S. mission to the moon’s surface. NASA is currently on track to launch Artemis astronauts to the moon or lunar orbit by 2024.

Before then, NASA says, the Artemis astronauts will help NASA prepare for coming lunar missions. Beginning next year, the Artemis team will work with NASA’s commercial partners to develop human landing systems, come up with a training plan and consult on the construction of technical equipment.