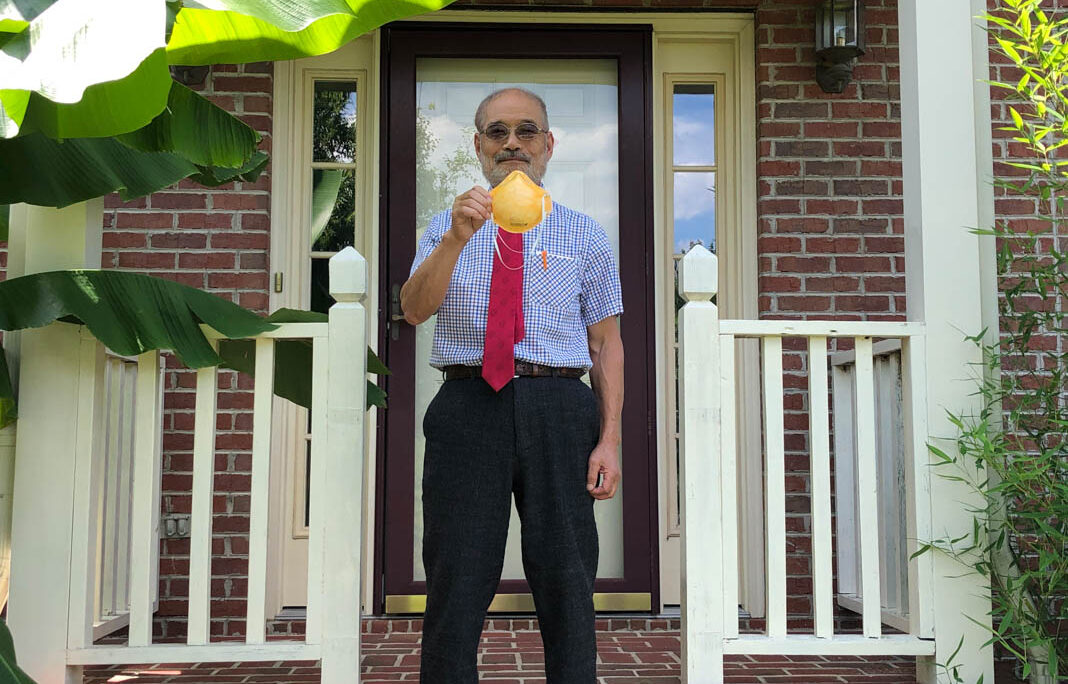 Peter Tsai, the inventor of the material used in N95 masks, at his home in Knoxville, Tennessee (© Kathy Tsai)

Meet the U.S. scientist who invented the N95 mask filter

When, in the 1990s, Peter Tsai invented the material that made the N95 mask possible, he never expected it would save millions of lives decades later.

Now, during the COVID-19 pandemic, the mask — which can trap viruses and bacteria — is used by first responders, medical professionals and at-risk people around the world.

The electrocharged fiber that makes up the N95 mask took more than a decade for Tsai to develop.

After coming to the U.S. from Taiwan in 1981 to study at Kansas State University, Tsai went on to earn a doctorate in material science after completing over 500 credits in a variety of subjects, such as engineering and the hard sciences, which “is equivalent to six Ph.D.s,” he said.

Tsai followed his professor from Kansas State University to the University of Tennessee, Knoxville, where he eventually became a professor himself.

There, Tsai led a research team to develop a material that filtered air by attracting particles through electrostatically charged fibers. In 1992, the team developed a material consisting of both positive and negative charges, attracting particles — such as dust, bacteria and viruses — and trapping 95 percent of them by polarization before they can pass through the mask.

“The original intent was to use these charged fibers for air filters, such as home filters,” Tsai said.

That discovery soon led to the creation of the N95 mask, since it, too, is a type of air filter — one designed for single, individual use. The N95 mask was originally designed for construction workers in dusty environments, where it could block microparticles.

The U.S. Centers for Disease Control figured out in 1996 that the N95 mask could also attract and block viruses, according to Tsai. When Tsai’s material was combined with manufacturer 3M’s medical-mask design, the result was the mask that has been used by medical professionals around the world ever since.

Tsai retired from teaching in 2018. But when the COVID-19 pandemic struck, he came out of retirement to work 18- to 20-hour days trying to figure out how to most efficiently sanitize N95 masks for reuse when an increased demand meant masks were in short supply.

While boiling, alcohol and baking all reduced the effectiveness of the mask, Tsai found that baking the masks in the oven at 71 degrees Celsius works. Tsai’s preferred method is to let the virus die naturally by letting the mask sit for seven days without being touched. If the virus doesn’t have a host for that long, it dies on the surface of the mask.

And even if someone doesn’t own an N95 mask, Tsai says, any kind of cotton mask or nose and mouth covering is better than nothing for reducing the spread of COVID-19.