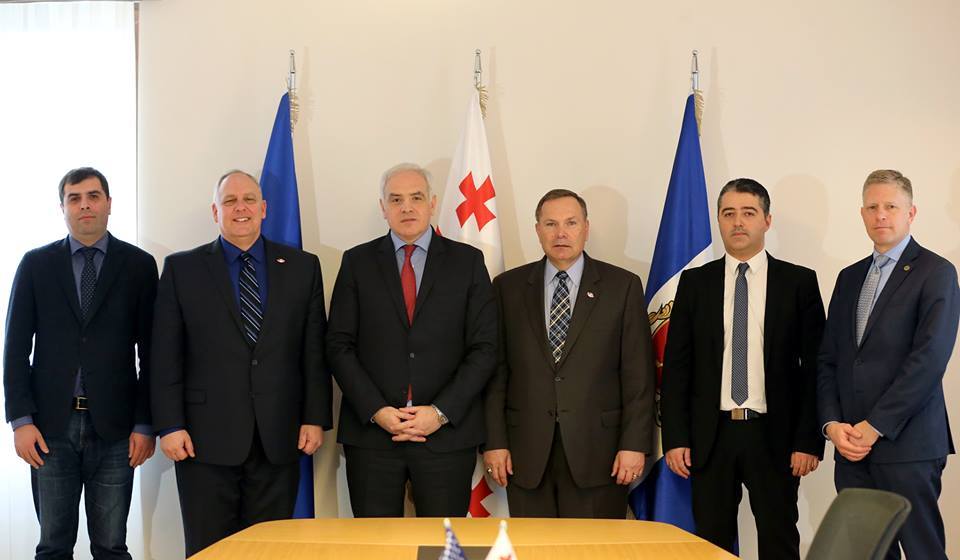 At the meeting Minister pointed out close and productive cooperation with the United States in the field of border management owning to which a number of successful projects have been implemented with the assistance of the US Defense Threat Reduction Agency (DTRA). According to Giorgi Mgebrishvili the mentioned projects have greatly enhanced MIA capacities, including the fight with the trans-border crime.

Minister discussed the importance of the project which aimed at the capacity building of the land border and made a special emphasis on the video surveillance command center located on Georgian-Armenian Border sector “Sadakhlo”, opened in the last year with the support of the US Defense Threat Reduction Agency (DTRA). The center aims to strengthen border security and improve control that will contribute to the detection and prevention of the cases of the cross-border crime and illegal migration. As it was stated by Giorgi Mgebrishvili, this is the first time that this type of monitoring system has been introduced at the Georgian state border.

Minister also outlined projects implemented in the field of coast guard development, which have also been implemented with the support of DTRA and expressed hope that cooperation in the maritime security sphere will continue in the future.

“I would like to point out that projects implemented with your support, helps Georgia to improve security of the borders, thereby we make our own contribution in the regional security and in maintaining stability; at the same time your support plays a major role in Euro-Atlantic integration process”-stated Minister Mgebrishvili.

Rear Admiral Scott Jerabek expressed his gratitude towards the Ministry of Internal Affairs for being a reliable partner and successfully implemented joint projects. “I don’t think our partnership could get any better. It’s one of the best partnerships, I’ve seen in a long time and I look forward to working with them in the future,”-stated Scott Jerabek.

At the meeting Minister of Internal Affairs and Deputy Head of the US Defense Threat Reduction Agency discussed ongoing and scheduled projects which are planned to be implemented in Georgia with the support of DTRA.