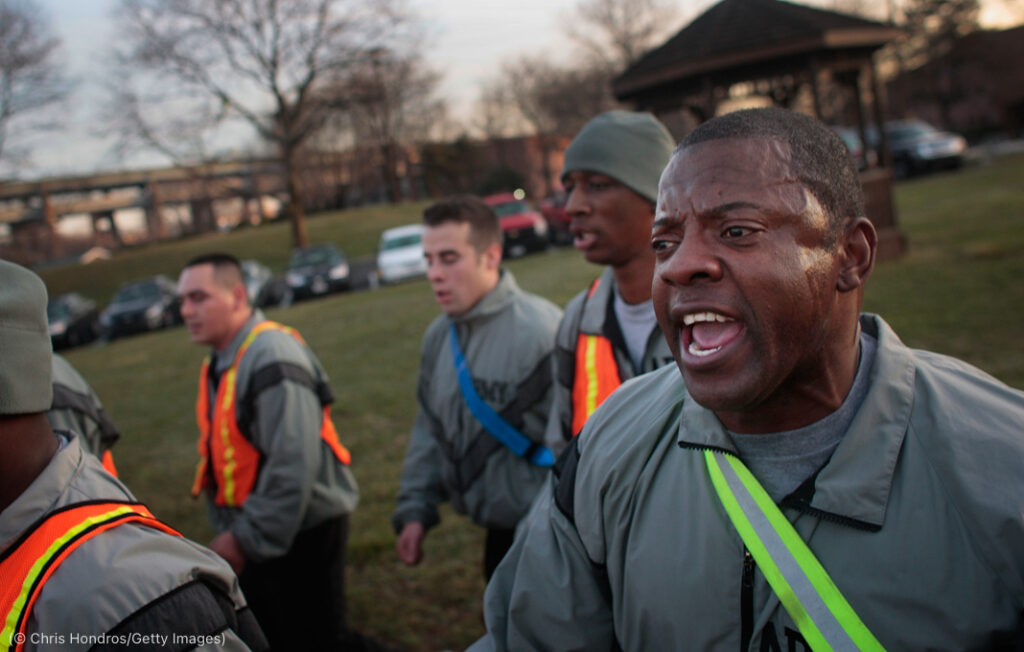 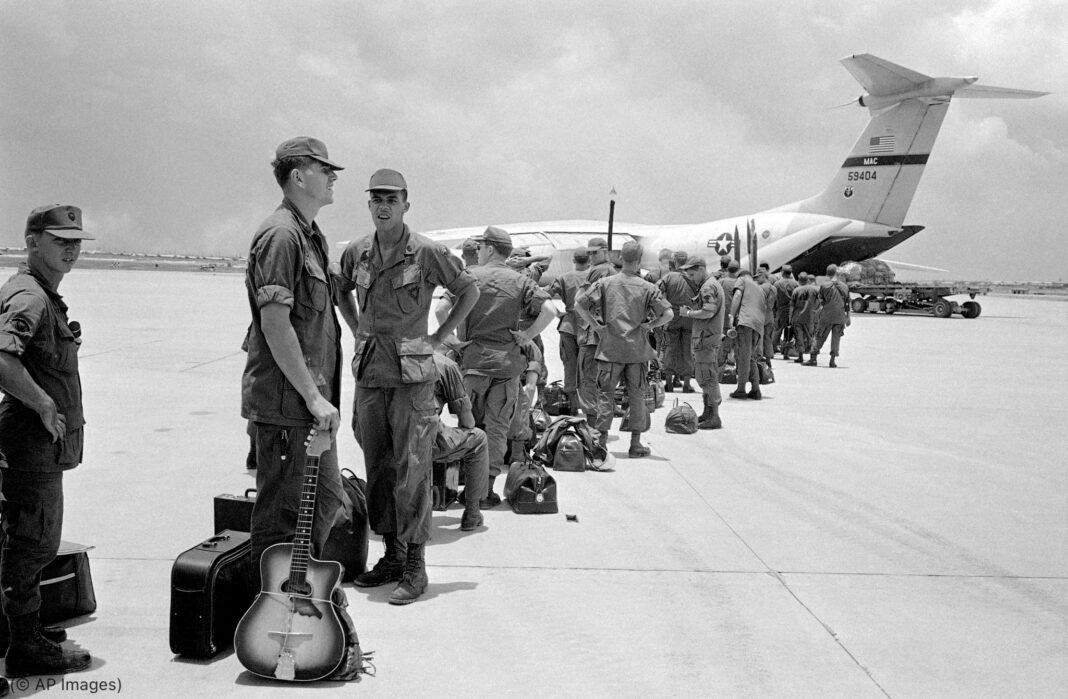 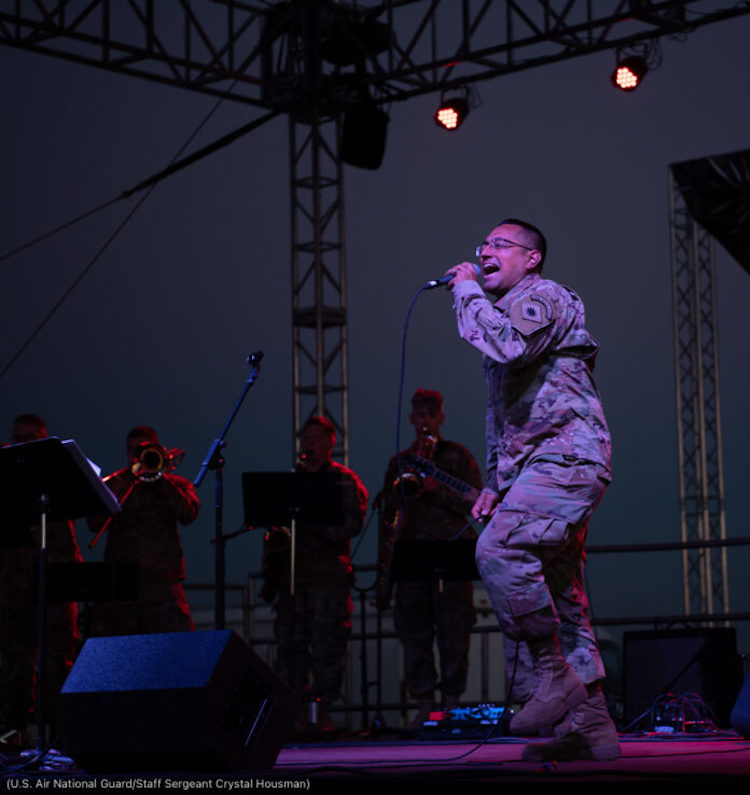 Some of the 300 troops of the 9th Infantry Division scheduled for departure from South Vietnam line up to board aircraft bound for Hawaii, August 27, 1969. (AP Photo)

By U.S. Embassy Tbilisi
8 MINUTE READ
By Lenore T. Adkins
Music has been an integral part of military life — whether during training or troop movements — for centuries. Drums, fifes, bugles, fiddles, banjoes and the human voice have been heard by troops since the dawn of war.

Military cadence calling, a rhythmic tool designed to keep service members in step during marches, is a common feature of U.S. military life.

“Cadence calling is one of the most uniquely military things that people do from a cultural standpoint,” said William McLaughlin, who served in the U.S. Army and works as reference curator for the National Museum of the United States Air Force. The calls, “in a rapid fashion, introduce you to what military life is going to look like down the journey.”

Historically, the singing aligns with songs of African American enslaved people and prisoners and reflects a “laborious and physically demanding lifestyle,” writes Travis G. Salley, who has studied military music at the University of Massachusetts, Amherst.

American troops, as early as the Revolutionary period, have stepped to music provided by fifes and drums, a European tradition dating to 15th century Switzerland. And as early as the 1850s, leaders taught precise marching execution through a vocal chant, “hay-foot, straw-foot,” after having service members put hay in their left shoes and straw in the right shoes.

Besides ensuring that troops in formation keep time, cadence calling synchronizes breathing, thus encouraging fitness. Singing or chanting also boosts morale and camaraderie and can take the drudgery out of difficult tasks.

At one time, U.S. sailors sang sea shanties as they heaved the lines or turned the capstan, according to the the Naval History and Heritage Command. Everyone pushed or pulled simultaneously to the songs’ rhythms, producing a concerted effort and better results.

One “shanty-man” stood above the working crew and sang the main lines of a song, while the crew chimed in on subsequent lines. On the last word of each line, a collaborative pull on ropes helped them to “come home.”

“So much of the old Navy was manual and ‘team’ labor, and the songs kept everyone in time while doing the task,” said Loras Schissel, a Library of Congress music specialist and Navy veteran.

There are famous instances of soldiers singing on the battlefield. During World War I, the Christmas Truce commenced when soldiers from both sides on the Western Front briefly put down their weapons and began singing Christmas carols. The singing encouraged them to leave their trenches and share food, games and camaraderie.

According to Jane Cross, a music archivist at the Library of Congress who served in the Marine Corps, World War II brought a shift away from singing from the trenches. It was the sounds of American big band swing music during World War II that helped usher in the change, she said.

“People weren’t singing as much as they were dancing,” Cross said.

Some 6,500 musicians play in 130 bands representing five branches of the U.S. military (Air Force, Army, Coast Guard, Marine Corps and Navy). They perform all over the world, inspiring troops and civilians alike. (The Marine Band, which Congress founded in 1798, has the distinction of being America’s oldest continuously active professional musical organization.)

At times today, service members still simply sing to stave off boredom or entertain each other. They favor pop tunes or classic folk songs, such as the song “The Wayfaring Stranger,” sung a cappella by this National Guard member during a rest period for his unit.