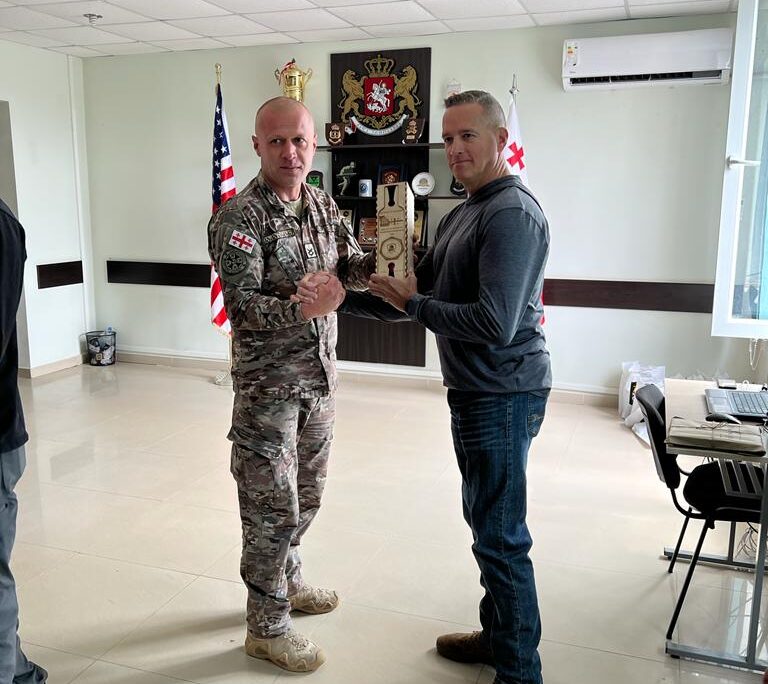 During the first week of May, Senior Non-Commissioned Officers (NCOs) from the Georgia National Guard engaged with NCOs from the Giorgi Antsukhelidze Sergeants Academy in Kojori to review the Georgian Defense Force’s (GDF) Squad Leader Course and discuss leadership exchanges and future collaboration. The GDF’s increasingly capable NCO Corps has bolstered the effectiveness and lethality of the entire GDF. The State of Georgia has been partners with Georgia under the State Partnership Program for over 27 years. It is one of the premier State partnerships under U.S. European Command.