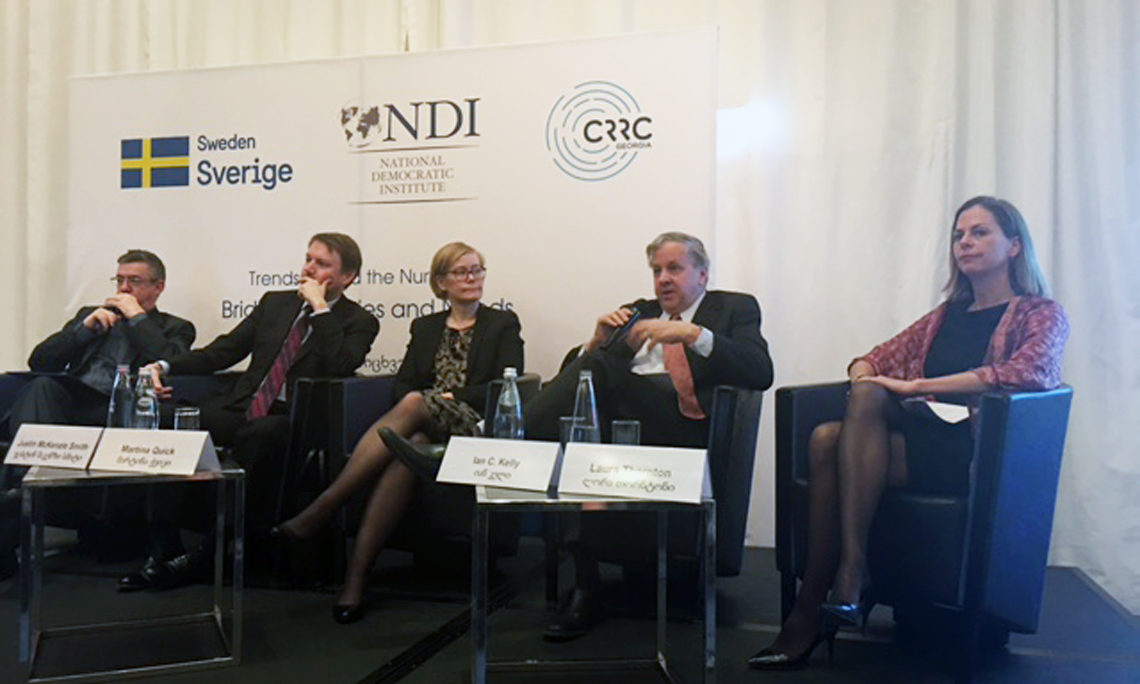 Ambassador Kelly’s comments made to the media on the sidelines of NDI conference “Trends Behind the Numbers: Bridging Policies and Needs”

Ambassador Kelly:  Well, thank you, thank you for that question.  Of course, our political power is derived from the will of people and so that is why public opinion polling is important, because it allows our political leaders to see what is on the mind of their constituents, what they are looking for from their politicians.   It is obviously not a science, as we saw on our own election in November where the polls did not actually reflect what the results eventually were.  But, I think, really, the most important value of political polling is to allow governments to understand what people are thinking and what the impact of their own policies are on the people.   But again, it is not a science, it is an art, but it is an important [inaudible].  This is important data for governments to have.

Q-n: about U.S and Georgia relations – including economy and trade – under the new administration

Ambassador Kelly:  Well, I mean we are about, I don’t know, a little over fifty hours into the Trump administration.   We do not have the Secretary of State yet.   I am hopeful that we will a confirmed Secretary of State in the next day or so.   But I think that I can say very confidently  that the U.S –Georgia relationship will remain strong.   I think that in terms of the economic  policies, the Trump administration has expressed  a desire to negotiate bilateral trade agreements and I hope to be a strong  advocate for that, with the new administration.  But, as I say, we need to see what the policies are going to be once we have a new Secretary of the State, but I am very positive that U.S-Georgian relations will remain strong and the support for Georgia will even grow stronger.

Q-n: about the status of a trade agreement between the U.S and Georgia

Ambassador Kelly:  Not yet, I mean we have to have the new team in place starting with the Secretary of State and, first, we need to have a U.S Trade Representative to negotiate the deal.   But,  I want to give my assurances that I will be a very strong advocate for a strong trade relationship between the U.S and Georgia.   Georgia is, after all, one of our most important partners in Europe.