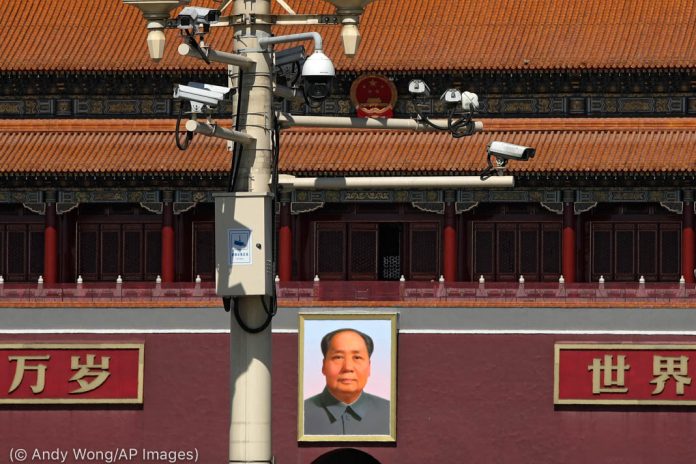 The United States is imposing restrictions on Chinese entities and officials that help the People’s Republic of China surveil and persecute its people, steal trade secrets, and bully other nations in the South China Sea.

Secretary of State Michael R. Pompeo on December 18 announced new measures against 60 companies or organizations that support the Chinese Communist Party’s malign behavior. The addition of the designees to the Department of Commerce’s Entity List precludes them from buying U.S. technologies to support the PRC’s human rights violations, military modernization or coercion of countries in the South China Sea.

“This action demonstrates the U.S. government’s resolve to hold the Chinese Communist Party (CCP) accountable for its increasing repression against the Chinese people,” Pompeo said December 21. “The United States stands with the many individuals persecuted for their peaceful efforts to exercise their rights.”

Today I announced additional restrictions on visas for officials of the Chinese Communist Party and People's Republic of China believed to be responsible for, or complicit in, the repression of members of ethnic minority groups, religious practitioners, & human rights defenders.

The CCP runs a surveillance state, most notably in Xinjiang province, where more than 1 million Uyghurs and members of other predominantly Muslim minority groups have been detained in camps rife with human rights abuses, including torture, religious repression and forced sterilization, according to reports. The CCP’s human rights abuses extend to other parts of China and groups, including Tibetans, Buddhists, Christians and Falun Gong practitioners.

The CCP also exploits the openness of democratic societies to steal trade secrets to support its military, U.S. officials say. And China’s state-run companies are supporting the PRC’s militarization of the South China Sea in violation of international norms and the sovereignty of neighboring countries.

Firms and organizations added to the Commerce Department’s Entity List include:

“As General Secretary Xi Jinping continues his campaign of military-civil fusion, human rights abuses, and bullying in the South China Sea, we are taking action to defend U.S. national security and foreign policy interests,” Pompeo said in a December 18 tweet, announcing the restrictions.

The visa restrictions issued December 4 target UFWD officials who use threats of violence, as well as espionage, sabotage or other methods to interfere with domestic political, business or academic affairs, Pompeo says.

“The United States calls on the PRC to end its use of coercion and intimidation tactics to suppress freedom of expression,” Pompeo said.