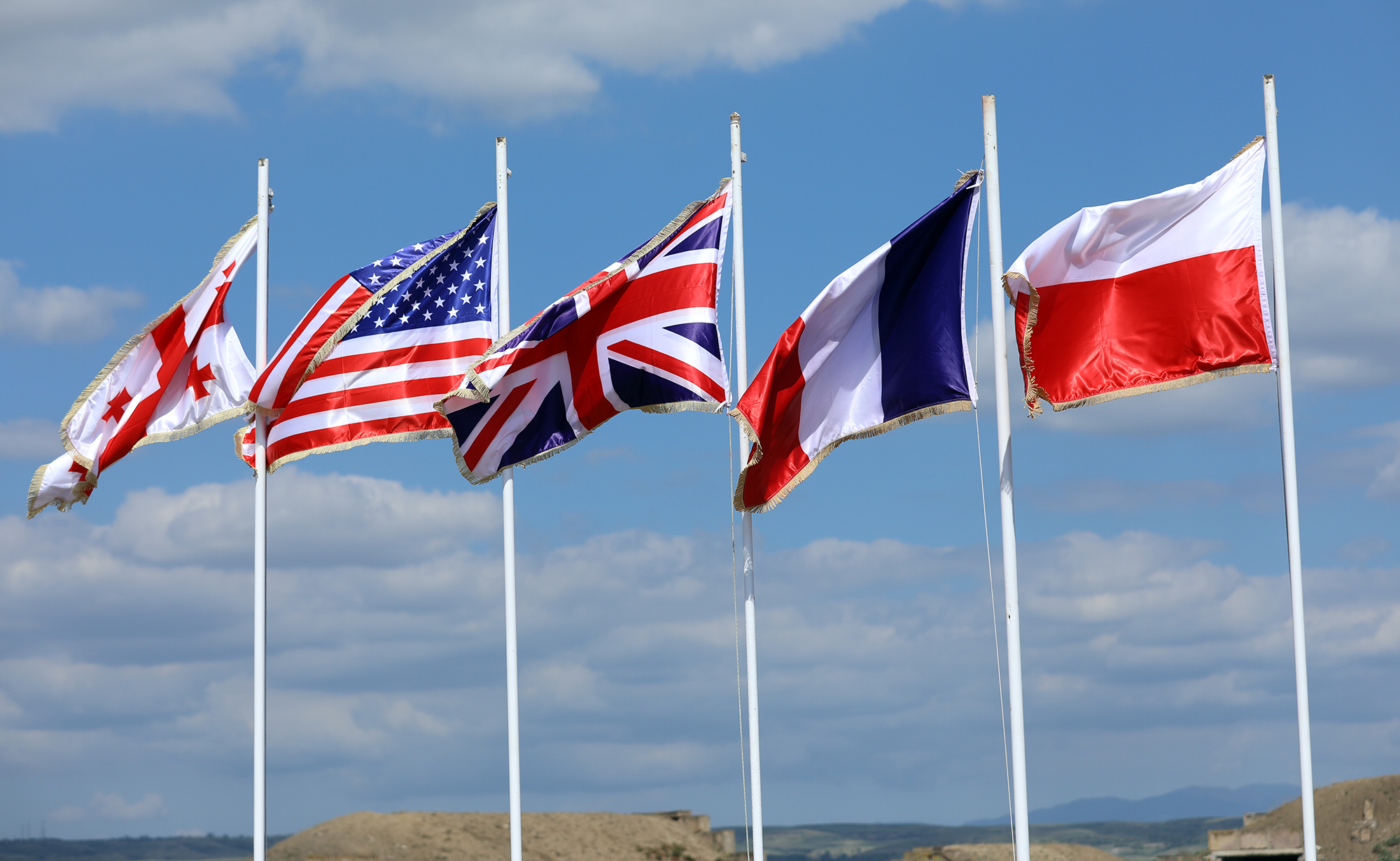 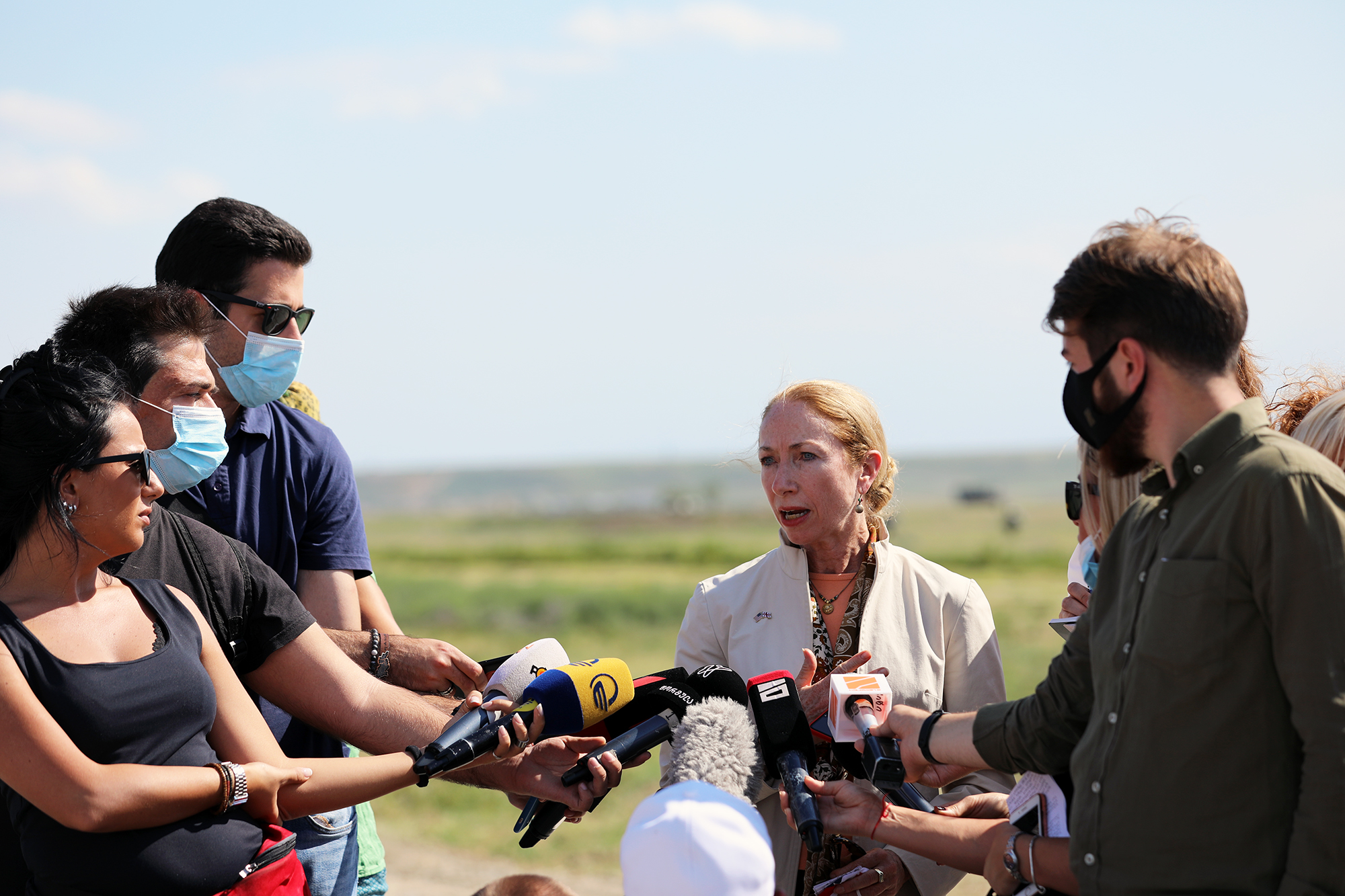 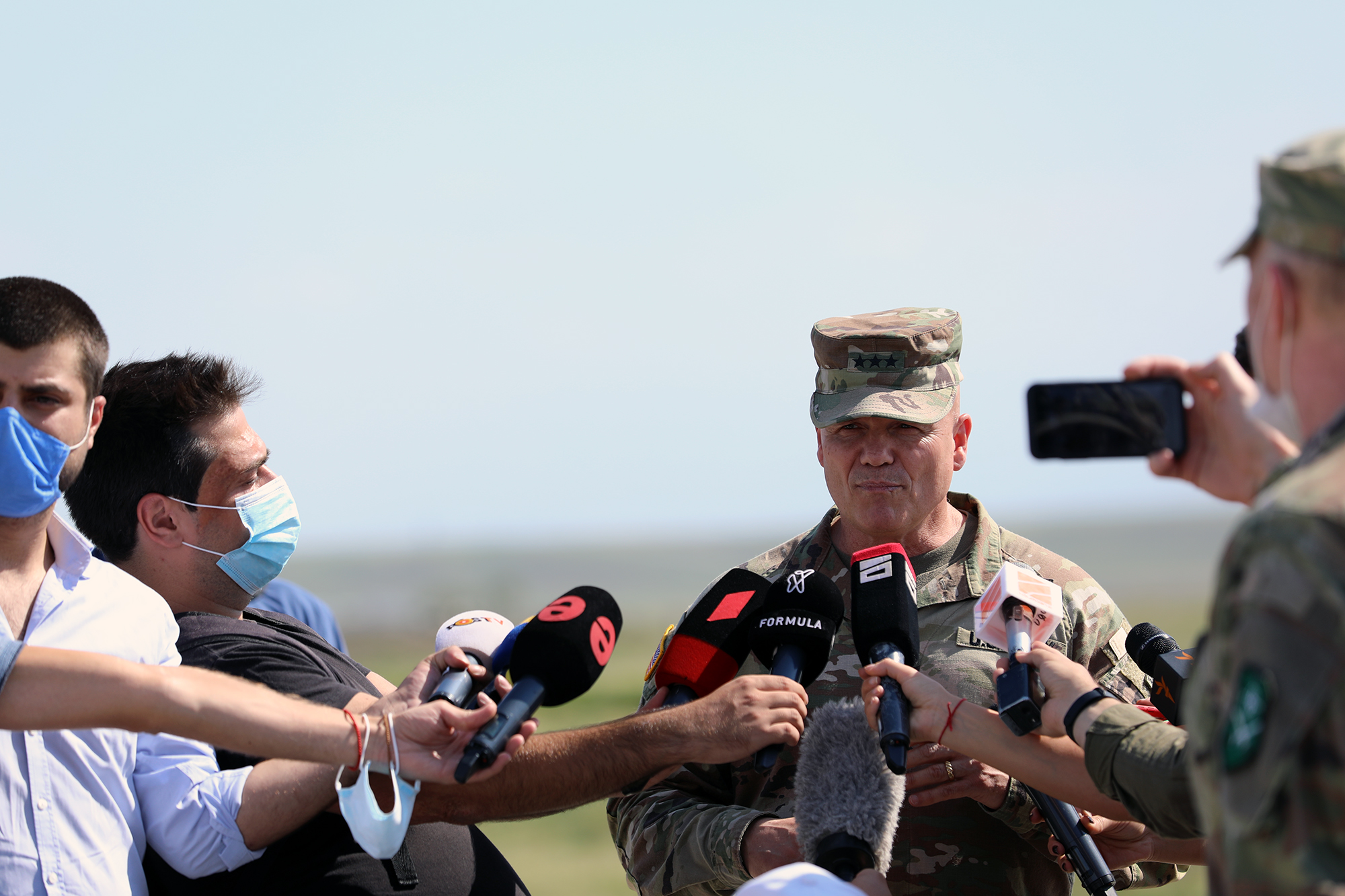 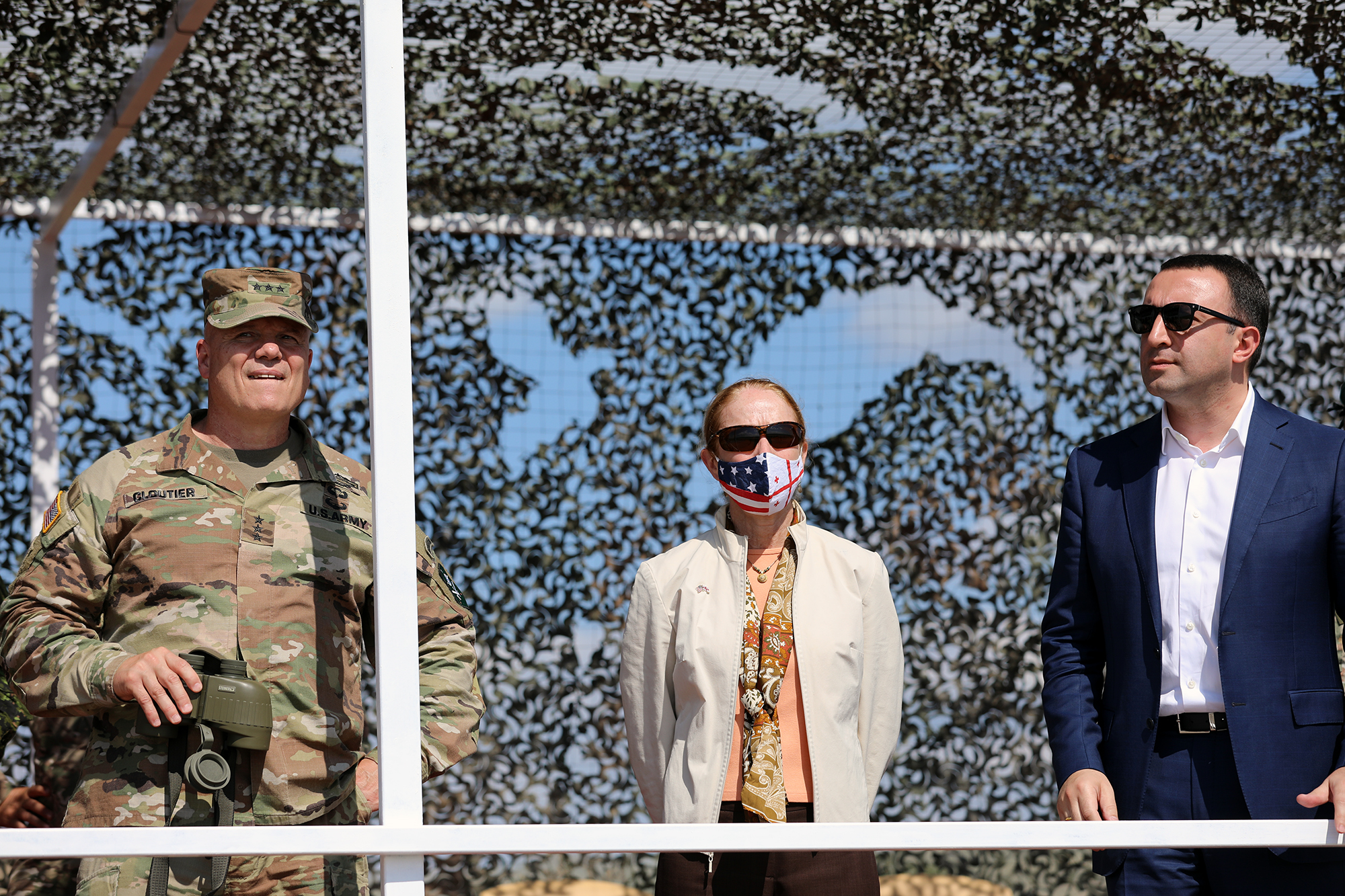 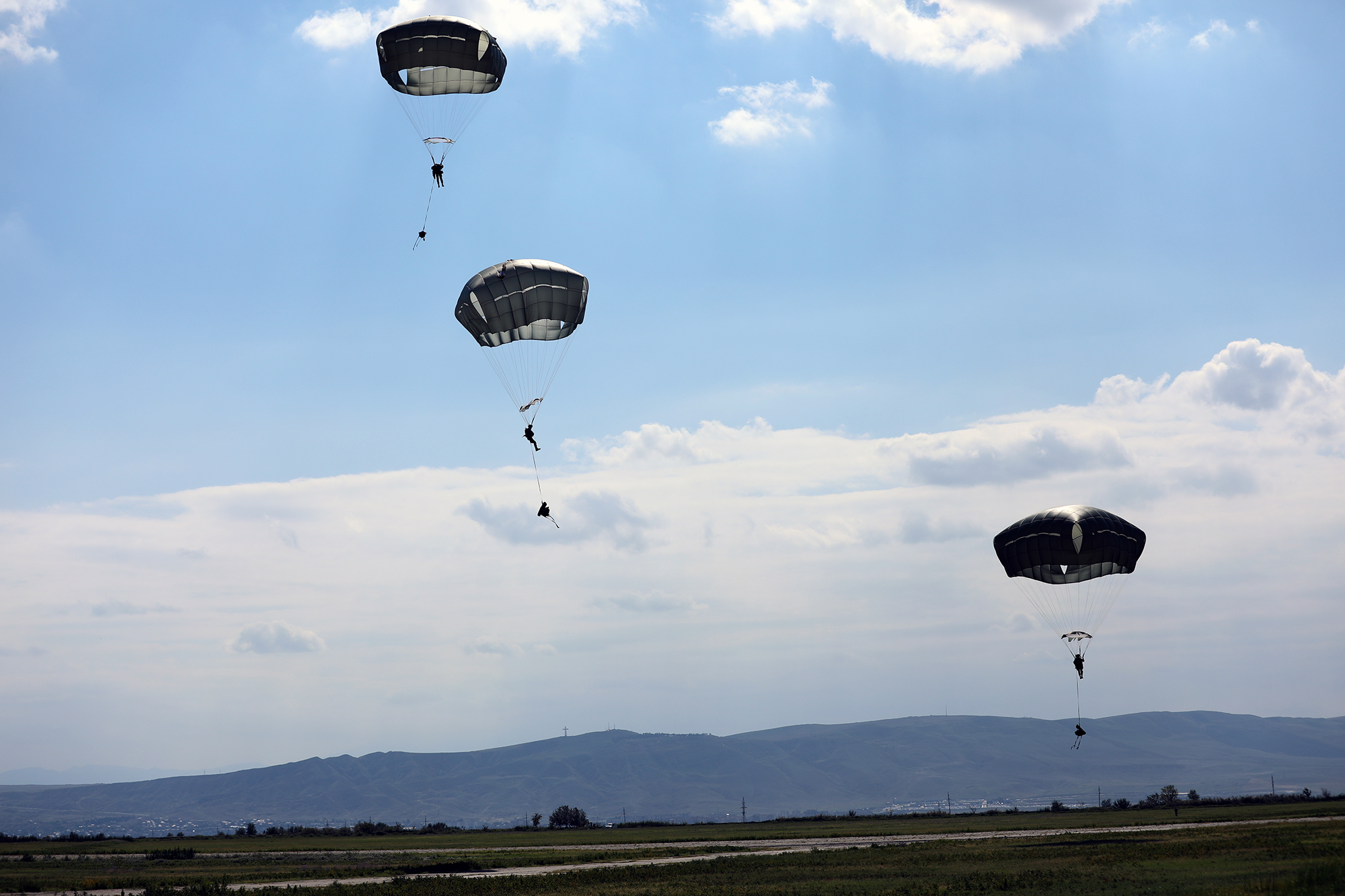 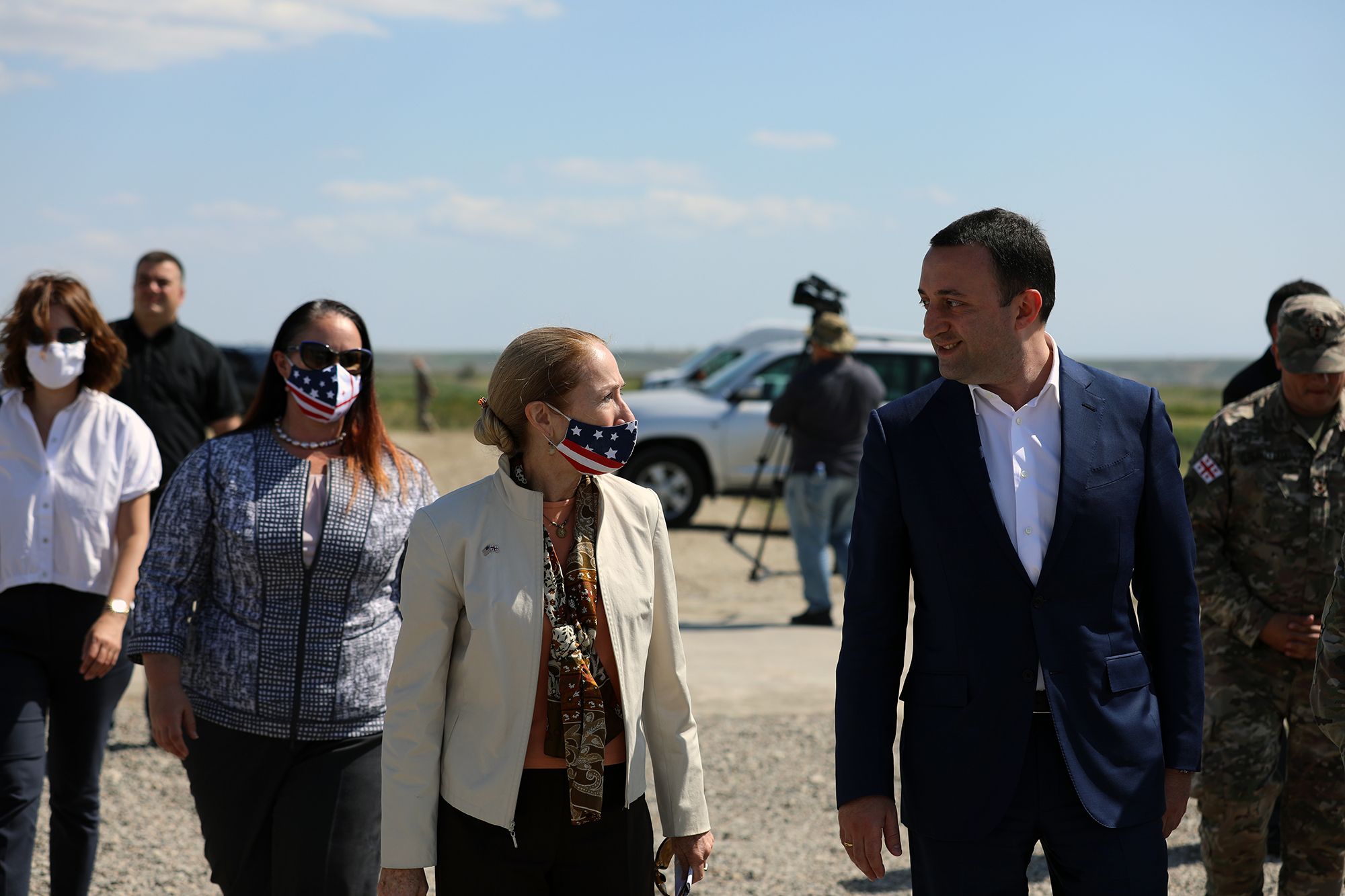 On September 1, as a part of exercise Noble Partner 2020, a total of 200 paratroopers of the U.S. Army 173rd Airborne Brigade parachuted into Vaziani Training Area.  Ambassador Kelly C. Degnan joined Minister of Defense Irakli Gharibashvili, NATO LANDCOM Commander Lieutenant General Roger Cloutier, and U.S. Defense Attaché to Georgia COL Stephanie Bagley to view the drop and welcome the paratroopers to Georgia.  Noble Partner 20 is a Georgian Defense Force and U.S. Army Europe cooperatively-led exercise hosted at Vaziani and Camp Norio training areas in Georgia.  Approximately 2,800 members of the military from the nations of Georgia, Poland, the United Kingdom and the United States will participate in the exercise Sept. 7-18, in Georgia.

Ambassador Kelly Degnan’s Remarks to the Press and Media Representatives

Ambassador Kelly Degnan: This was a great day, a really excellent training exercise, a critical training exercise for interoperability. It shows the deep cooperation and coordination among the United States, Georgia, NATO partners, the UK, and Poland. This was the launch in a way of Noble Partner, which is a very important exercise to show how we are working together and training together, even under the demanding conditions of this COVID pandemic. Very rigorous steps were taken to ensure that all of the soldiers participating were protected, were “clean,” were tested negative and a great deal of effort went into making sure that this exercise can be conducted in a safe and healthy environment. So, it’s very exciting and a wonderful example of Georgian cooperation with NATO forces. Thank you!

Q-n about increased Russia’s influence on Georgia, especially in elections

Ambassador Kelly Degnan: I think, if you look at the track record for Russia with various elections that have been happening going back several years, to even the U.S. election, it is clear that countries need to protect their electoral systems, and that is true in Georgia as well as anywhere else. We and other international friends of Georgia have programs that are trying to help Georgians become better at detecting fake news, at detecting disinformation, and at seeking out accurate, truthful information. Parties, political parties, and political leaders have a responsibility to provide accurate information to their voters and to the public, and I think that is where we are going to see some good work in the coming weeks where, if the election can focus on the issues and informing voters so they can go to the polls on October the 31 and cast their votes fully informed, without intimidation. I feel confident that the elections will be better than in previous years.

Q-n about GD’s call for election parties to run pre-election campaigns in a peaceful and fair manner, while the opposite side sees this as GD’s harsh criticism of the opposition

Ambassador Kelly Degnan:  In my view, the ruling party has an extra responsibility to ensure that elections are conducted in a calm and transparent manner, so a statement from Georgian Dream along those lines sounds like it is sending the right message. All parties have a responsibility to conduct these elections in a calm, responsible manner. This is how the voters are going to be able to hear the issues that are most important to them – education, healthcare, security – so, I would say, all political parties, and all the political leaders in Georgia, have the same responsibility to ensure that these elections are conducted in a peaceful manner. Thank you.