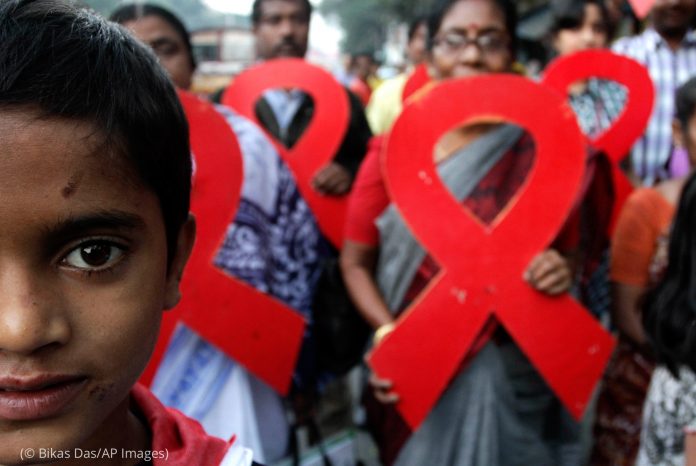 On World AIDS Day, December 1, Americans will mobilize behind a plan to eradicate HIV from the U.S. by 2030 and recommit to efforts to end it around the world.

The U.S. plan — called Ending the HIV Epidemic: A Plan for America — uses scientific advances in HIV prevention, diagnoses, treatment and outbreak response by coordinating the resources of agencies within the U.S. Department of Health and Human Services.

The plan’s first phase zeroes in on geographic areas where HIV transmission occurs most often, and it provides 57 known places with a quick infusion of extra resources, expertise and technology to develop locally tailored plans to ending the epidemic.

This year’s U.S. government theme for World AIDS Day is “Ending the HIV/AIDS Epidemic: Resilience and Impact,” and the United States isn’t shying away from the global challenge.

Through the U.S. President’s Emergency Plan for AIDS Relief (PEPFAR), the largest commitment by any nation to address a single disease in history, the U.S. has invested more than $85 billion in the global HIV/AIDS response. In turn, the initiative has saved more than 20 million lives and prevented millions of infections since it was launched in 2003.

Working with partners around the world, PEPFAR has also helped several countries to achieve HIV/AIDS epidemic control and advanced efforts in more than 50 countries.

Beyond that, America’s investment has helped train nearly 290,000 health care workers to improve HIV care and other health services. Investing in sustainable health care systems for partner countries allows them to deal with other health challenges. And PEPFAR has helped prevent HIV infection in men and boys by supporting nearly 25.3 million voluntary medical male circumcisions in eastern and southern Africa. (The procedure has been shown to reduce men’s HIV risk by around 60 percent.)

As of September 30, 2020, PEPFAR has supported life-saving antiretroviral treatment for nearly 17.2 million people. It has also helped 2.8 million babies be born without HIV to mothers living with the virus, and provided care and support for 6.7 million orphans, vulnerable children and their caregivers to help them thrive.

“PEPFAR has truly been one of the great American triumphs of the 21st century,” Secretary of State Mike Pompeo said.