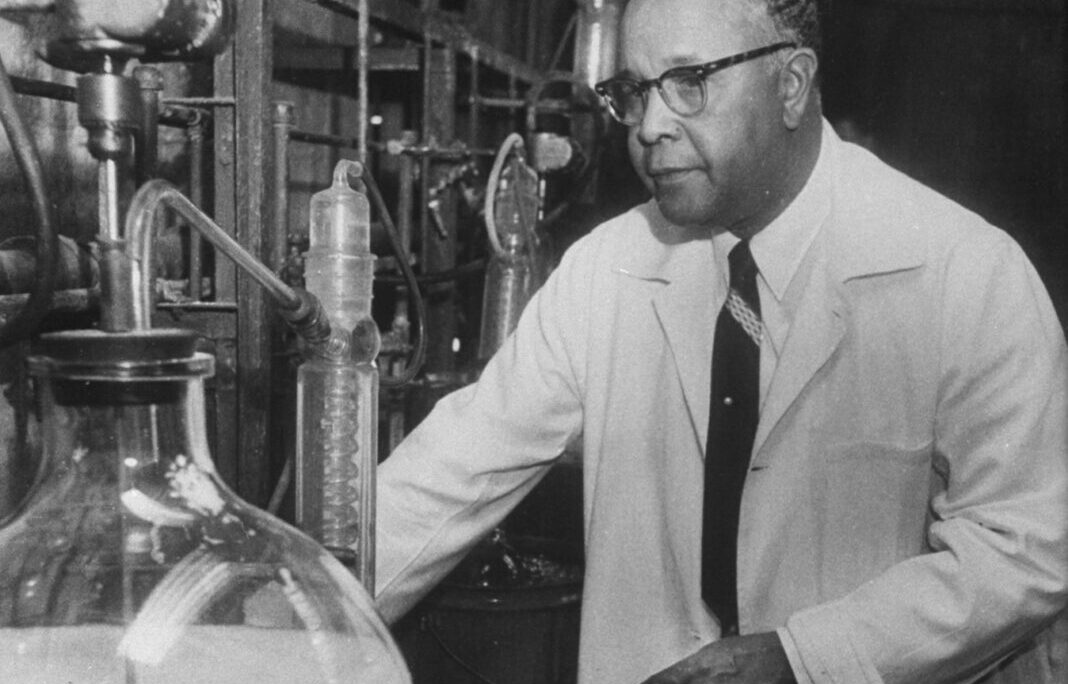 Where many saw a bean, Percy Julian saw an entire laboratory.

A synthetic chemist, Julian derived medical compounds from substances in plants. From the Calabar bean, he obtained a treatment for glaucoma, a leading cause of blindness among the elderly. His work with soybeans supported everything from hydrocortisone shots to treat arthritis to fire retardant used on aircraft carriers in World War II.

“It was a beautiful, purple bean when I first got it,” Julian once said of the Calabar, a poisonous legume. “But it is not only beautiful in its appearance, but also in the laboratory it has within it.”

Julian became one of America’s great mid-20th century inventors, obtaining some 130 chemical patents. He overcame both educational and professional discrimination, and according to the U.S. Patent and Trademark Office, helped pave the way for future scientists from minority backgrounds.

The prolific inventor, who died in 1975, is among the many African Americans celebrated during Black History Month each February for major contributions to U.S. history. The U.S. Postal Service also has issued a stamp in Julian’s honor.

Julian, the grandson of former slaves, was born in Montgomery, Alabama, in 1899. He attended segregated schools, where education for black students ended after the eighth grade.

But Julian’s parents were teachers who built a library for their six children, and Julian later attended DePauw University in Indiana.

In college, Julian waited tables and fired a fraternity house furnace in exchange for a room on campus. He graduated as valedictorian in 1920.

Although some private firms refused to hire him, the Glidden Company did. Julian more than repaid Glidden’s vote of confidence; his soybean research helped the company develop its popular latex paints.

In 1935, Julian sealed his reputation with a landmark feat of synthetic chemistry. Although researchers knew that physostigmine, found in the Calabar bean, aided glaucoma patients, they struggled to obtain sufficient quantities to support a treatment.

While physostigmine had been available only from its natural source, Julian assembled the substance through an 11-step process that began with an existing drug and allowed for the creation of sufficient quantities of physostigmine to treat glaucoma.

In 1999, the American Chemical Society deemed Julian’s accomplishment a National Historic Chemical Landmark, and has described it as “the first of Julian’s lifetime of achievements in the chemical synthesis of commercially important natural products.”

Julian was inducted into the National Inventors Hall of Fame in 1990.