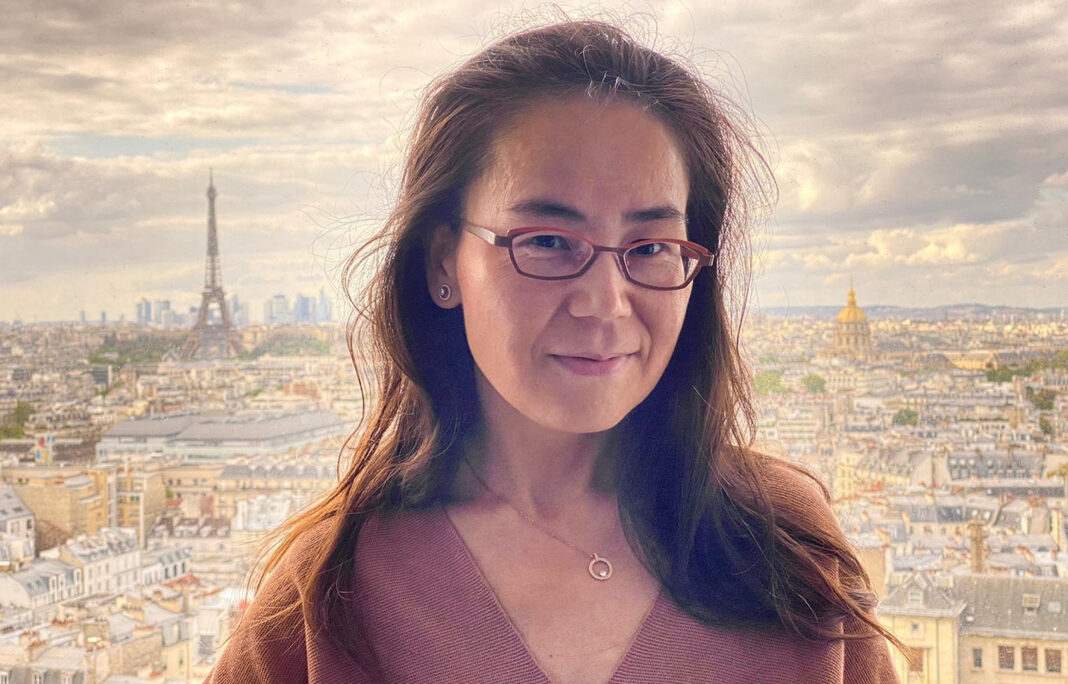 Dilnur Reyhan, President of the European Uighur Institute, advocates for the rights of Uighurs everywhere. (Courtesy of Dilnur Reyhan)
By Leigh Hartman

Growing up in western China, Dilnur Reyhan read French authors and admired ideals enshrined in French culture, such as respect for personal liberty. So in 2004, facing discrimination in Xinjiang, the young Uyghur woman knew where she wanted to go.

“I came to France because I believed in human rights,” Reyhan said in May 2021, noting her mother raised her to love French literature. “I did not choose France by chance.”

Reyhan earned a doctorate in sociology and teaches at the National Institute of Oriental Languages and Civilizations in Paris. She also serves as the president of the European Uyghur Institute, founded in Paris in March 2019.

The institute advocates for the roughly 10,000 Uyghurs living in Europe, 10% of whom live in France. The institute teaches Uyghur language, history, music, and dance, and soon plans to open a tea house for community events, complete with Uyghur cooking.

According to the institute, most Uyghurs living in Europe are young, with their average age between 30 and 35. Many came to study, then stayed rather than risk persecution after the People’s Republic of China (PRC) began a campaign of repression in Xinjiang.

Since 2017, the PRC has interned more than 1 million Uyghurs and members of other predominantly Muslim ethnic minority groups.

The United States, Canada, the United Kingdom and the European Union have each sanctioned top PRC officials in Xinjiang for human rights violations and called for an end to the PRC’s repression of minority group members.

The institute’s Eleanor Hart said the group formed because Uyghurs “needed to create a structure that responded to what’s happening in the Uyghur region but also responded to their new data as not just students or students abroad, but people living in exile.”

For Reyhan, PRC atrocities in Xinjiang bring added significance to highlighting Uyghur culture. As editor of the magazine, Regard sur les Ouïghour-e-s, she publishes stories of Uyghurs’ lives in Uyghur and French. Through the institute, she educates the public on rights abuses in Xinjiang, working with activists and lobbying officials to support Uyghurs.

“The first goal is to safeguard the Uyghur language and culture in Europe,” Reyhan said, “especially for the first generation of Uyghurs born in Europe so that they are both fully Uyghur and fully European.”