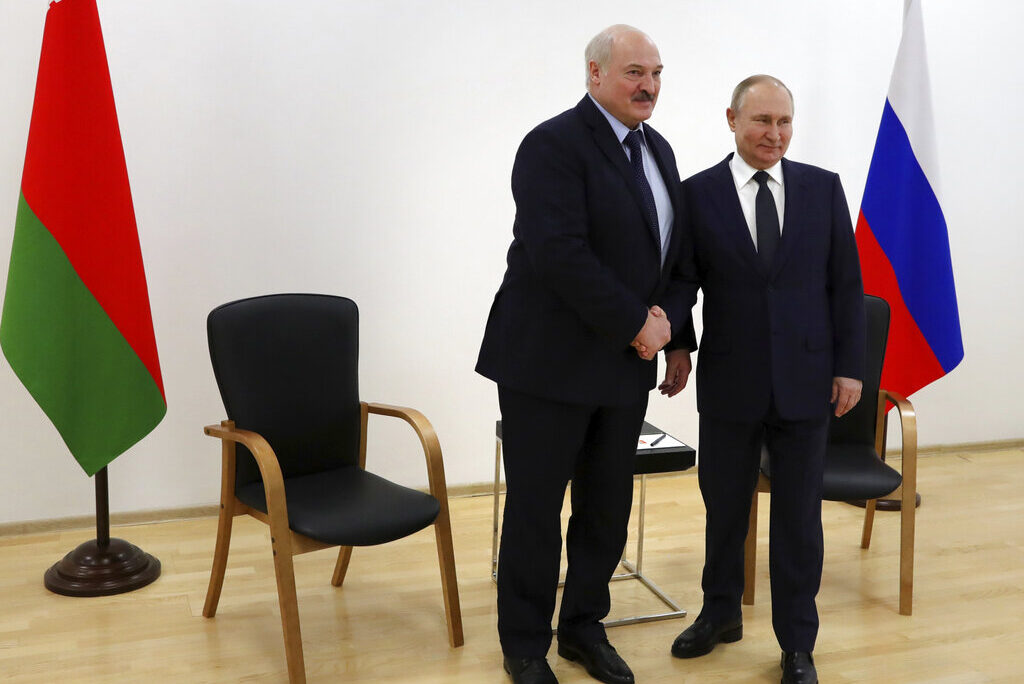 We will continue to hold Belarus to account for its complicity in the Kremlin’s unconscionable war against Ukraine. (AP Photo)

As delivered by Deputy Chief of Mission Courtney Austrian
to the Permanent Council, Vienna

First, I would like to note the passing last week of former Belarusian leader Stanislau Shushkevich, who guided Belarus from its Soviet past to its emergence as an independent nation.  He leaves a legacy that many in the democratic opposition are trying to carry on in the struggle for a democratic, prosperous, and peaceful Belarus.

The United States condemns the Lukashenka regime’s continued brutal crackdown on the pro-democracy and anti-war movements in Belarus.  We are deeply concerned about recent amendments to the criminal code adopted by the Parliament expanding the death penalty to cover “acts of attempted terrorism.”  The amended law could be used against peaceful pro-democracy activists and those who oppose Russia’s war against Ukraine.  The regime already has leveled politically motivated charges of “extremism” and “terrorism” against many of the nearly 1,200 political prisoners held in Belarus and has used such labels to detain tens of thousands more, including those who oppose Russia’s war of aggression.

This past week, the regime unjustly sentenced Safia Sapega to six years’ imprisonment in Belarus on fabricated charges.  Ms. Sapega was detained in May 2021 after Belarusian authorities manufactured a false bomb threat to force the diversion and landing in Minsk of RyanAir flight 4978.  This act of transnational repression to divert an international flight with the sole purpose of arresting an opposition journalist and Ms. Sapega demonstrates the Lukashenka regime’s complete disregard for international norms, human rights, and fundamental freedoms.

The United States again calls on the Lukashenka regime to end its brutal repression – both inside and outside of Belarus – of those who express or impart views and information that do not align with the government’s disinformation, such as the Belarusian authorities’ targeting of members of civil society, independent media, the political opposition, and others at odds with the regime, including those who oppose Russia’s war in Ukraine.  We urge Belarus to immediately release all political prisoners and engage in sincere dialogue with the democratic movement and civil society leading to new, free and fair elections under international observation.

We condemn the Lukashenka regime’s continued brutal crackdown on the pro-democracy & anti-war movements in Belarus. We are deeply concerned about the amendments to the criminal code expanding the death penalty to cover “acts of attempted terrorism.”https://t.co/ToZFF56sbn pic.twitter.com/lY0rNnYAzD