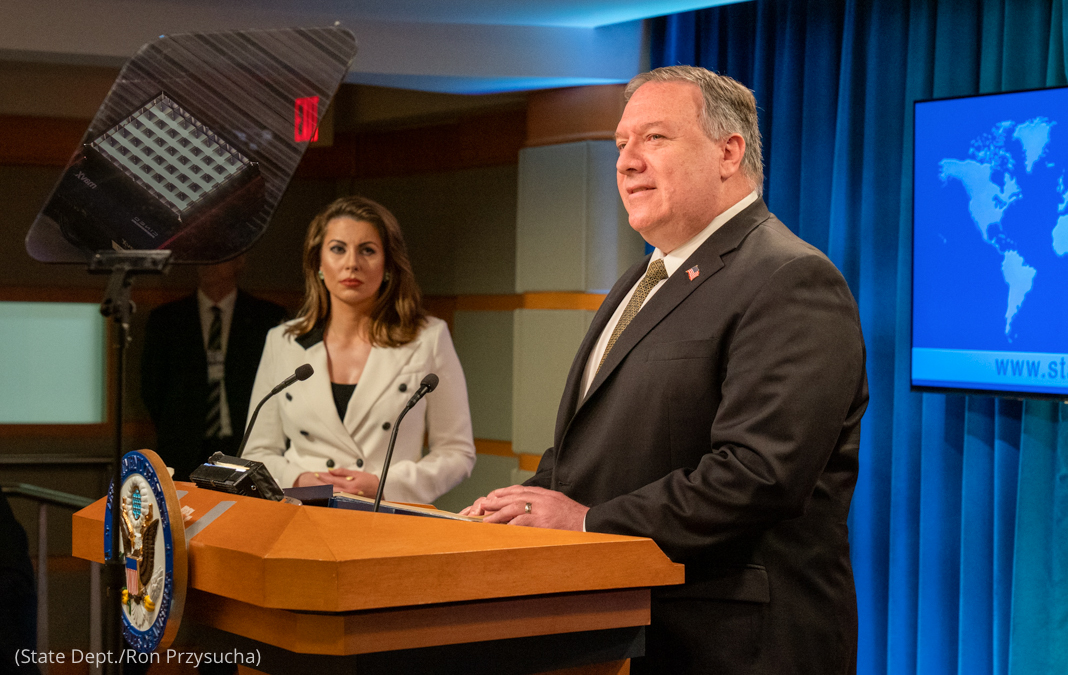 U.S. Secretary of State Michael R. Pompeo delivers remarks to the media in the Press Briefing Room, at the Department of State in Washington, D.C., on June 10, 2020. [State Department Photo by Ron Przysucha / Public Domain]

The United States’ commitment to the protection of religious freedom around the world is unwavering.

“There is no other nation that cares so deeply about religious freedom,” Secretary of State Michael R. Pompeo said.

In discussing the religious freedom issues around the world, Pompeo highlighted Nigeria, where “ISIS and Boko Haram continue to attack Muslims and Christians alike,” and China, where the Chinese Communist Party’s “state sponsored repression against all religions continues to intensify.”

“The Chinese Communist Party is now ordering religious organizations to obey CCP leadership and infuse communist dogma into their teachings and practice of their faith,” Pompeo said.

Pompeo described the steps the Trump administration has taken to promote and protect religious freedom, including:

The U.S. continues “to protect and promote religious freedom for all faiths, groups, or for people of no faith at all,” Brownback said.

Brownback also highlighted some causes for optimism. Because of reforms implemented by their governments, “Sudan and Uzbekistan have been removed from the list of countries of particular concern” in the 2019 report, he noted.