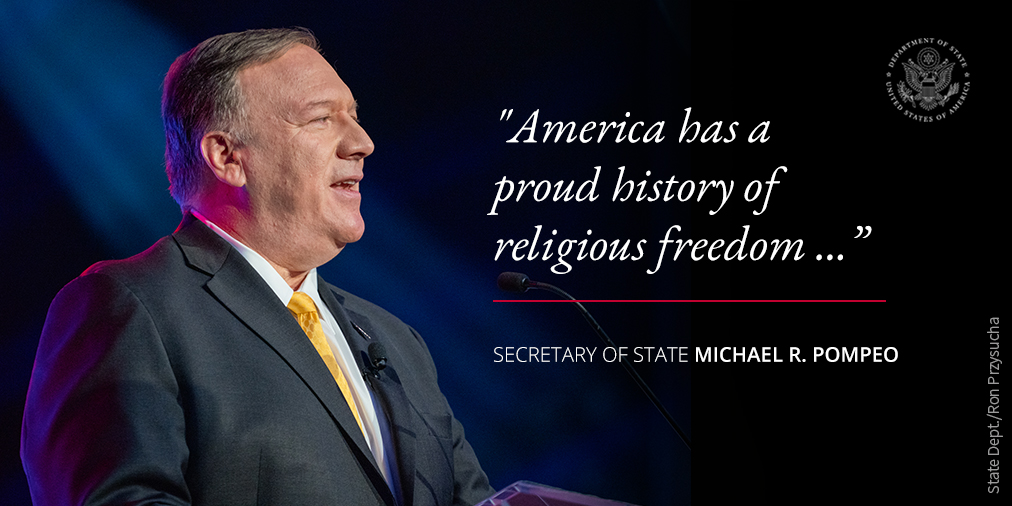 Pompeo on religious freedom: The world must hear the truth (October 15)

U.S. Secretary of State Michael R. Pompeo laid out the “dire condition of religious freedom around the world” and highlighted the Trump administration’s efforts to safeguard human dignity.

Around the world, “more than 80% of mankind lives in areas where religious freedom is suppressed or denied in its entirety,” the secretary told the American Association of Christian Counselors in Nashville, Tennessee, on October 11.

Pompeo said the State Department is “using our diplomacy to fix the very conditions that allowed these evils to fester.”

For the last two years, Pompeo has organized and hosted the Ministerial to Advance Religious Freedom at the State Department. The conference has brought representatives from around the world to discuss ways to address challenges to religious freedom, including the persecution many religious communities endure, and to highlight stories of religious persecution from the world over.