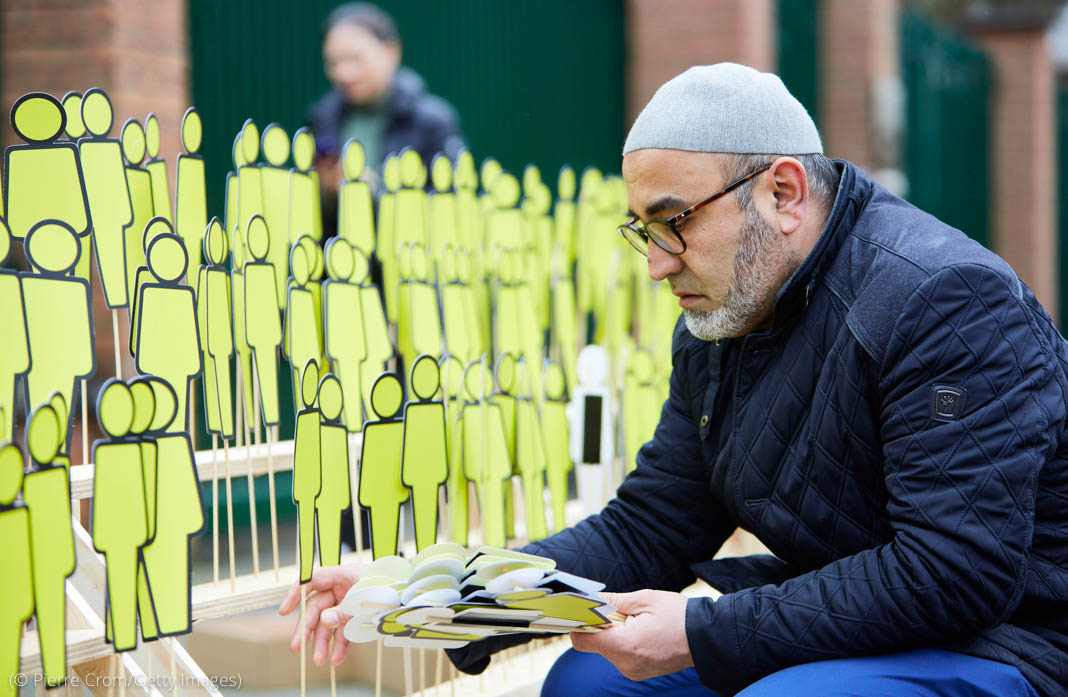 An activist places dolls outside the People’s Republic of China’s embassy in The Hague, Netherlands. The dolls represent Uyghur Muslims missing in the Xinjiang region of China. (© Pierre Crom/Getty Images)

An activist places dolls outside the People’s Republic of China’s embassy in The Hague, Netherlands. The dolls represent Uyghur Muslims missing in the Xinjiang region of China. (© Pierre Crom/Getty Images)

U.S. Secretary of State Michael R. Pompeo is urging world leaders to recommit to protecting the human rights of all people.

Pompeo called for nations to rededicate themselves to the United Nations’ Universal Declaration of Human Rights at a September 23 panel discussion on the sidelines of the annual U.N. General Assembly meeting.

“We must defend unalienable rights today, because the international human rights project is in crisis,” Pompeo said. “Authoritarian governments from China to Iran to Venezuela are depriving our fellow human beings of their basic rights.”

He also said that international organizations are failing to adequately protect human rights.

“Many multinational organizations have lost their way, focusing on partisan policy preferences while failing to defend fundamental rights,” Pompeo said. “We should look to the framers of the UDHR, who identified a clear set of principles that apply to all people, everywhere, at all times.”

.@SecPompeo: Our times demand the courage to defend human rights, and to rediscover what makes them universal. #USUN75 pic.twitter.com/Ogbz4UsHLX

Ratified in 1948, after the horrors of World War II, the Universal Declaration of Human Rights echoes the values in the U.S. Declaration of Independence and establishes the basic rights and freedoms of every person.

The U.S. Department of State’s Commission on Unalienable Rights in July published a report that found human rights are misunderstood by many, manipulated by some, and rejected by the world’s worst violators. The commission is made up of academics, philosophers and activists. It advises U.S. leaders on the state of human rights around the world.

Pompeo asked other nations to reevaluate their role in defending human rights.

People all across the world “should turn to their traditions and rededicate themselves to their moral, philosophical and religious resources to affirm the rights inherent in all persons,” Pompeo said. “We must rediscover the nature of human rights and the courage to defend them.”