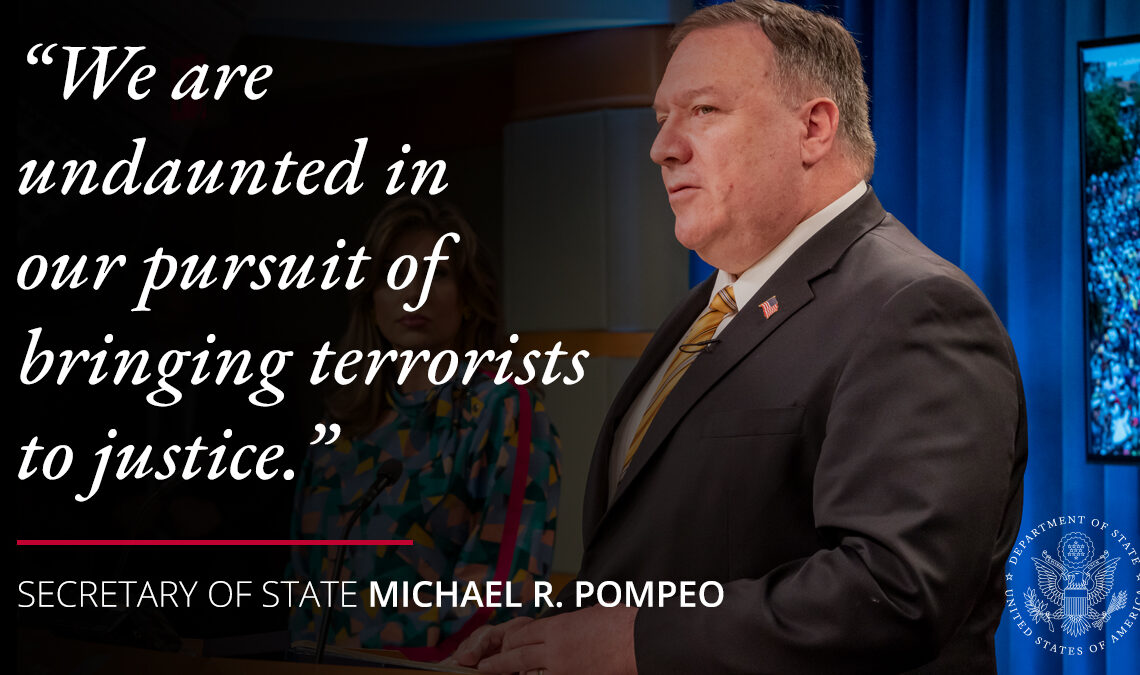 Pompeo: U.S. ‘undaunted in our pursuit of bringing terrorists to justice’ (June 25)

The United States is working with countries around the world to combat terrorism through multilateral engagement and international organizations.

“No administration has forged closer ties in our hemisphere and alliances working on important problems like counterterrorism,” said Secretary of State Michael R. Pompeo as he introduced the State Department’s annual Country Reports on Terrorism. The 2019 country reports highlight significant terrorist trends last year and take stock of U.S. and international efforts to counter terrorist threats.

“To be clear, there’s still counterterrorism work to do” on terrorist groups and countries that support terrorism, Pompeo said. But “we are undaunted in our pursuit of bringing terrorists to justice.”