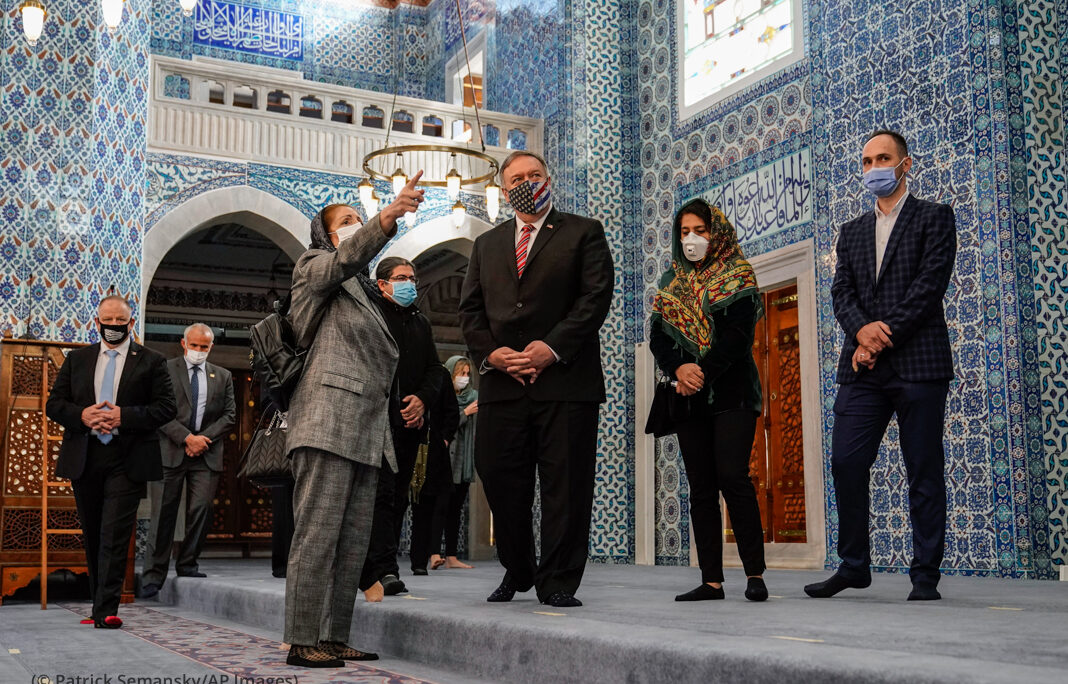 U.S. Secretary of State Michael R. Pompeo is rallying world leaders to stand strong against religious persecution wherever it occurs.

From November 16 to 17, the government of Poland hosted the third Ministerial to Advance Freedom of Religion or Belief.

In Pompeo’s opening remarks for the event, held virtually this year, the secretary urged the representatives of more than 50 nations and international organizations to challenge religious persecution.

Honored to join my counterparts for talks to advance #ReligiousFreedom. Freedom of religion or belief is a cherished American value and universal human right. The U.S. stands with its Alliance partners in taking concrete actions to defend believers and non-believers alike.

“Let’s keep up our work to secure freedoms in our home countries, and to speak up on behalf of victims of religious persecution around the world,” he said. “Let’s proceed with the understanding that faith is eternal, and tyranny must be overcome.”

Pompeo noted that assaults on religious freedom are happening all over the world. He gave examples of egregious violations of religious freedom, such as the Chinese Communist Party’s internment of more than 1 million predominantly Muslim Uyghurs and members of other minority groups, as well as Iran’s and North Korea’s rampant disregard for religious freedom.

During meetings with local leaders in recent trips to Turkey and Georgia, Pompeo talked about religious freedom as one of many areas of cooperation.

On November 17, Pompeo met with religious leaders in Turkey, including Ecumenical Patriarch Bartholomew I and Archbishop Paul Fitzpatrick Russell, the Holy See’s Apostolic Nuncio to Turkey, Turkmenistan, and Azerbaijan, and discussed issues such as promoting interfaith cooperation in the region.

The secretary met with government and religious leaders in Georgia November 18, including the Patriarch of the Georgian Orthodox Church, His Holiness Ilia II.

Honored to meet with His All-Holiness, Ecumenical Patriarch Bartholomew I, and to visit the Patriarchal Church of St. George today. As leader of the Orthodox world, the Ecumenical Patriarchate is a key partner as we continue to champion religious freedom around the globe. pic.twitter.com/1u96nPZwgV

Georgia was among the founding members of the International Religious Freedom or Belief Alliance, launched by Pompeo in February. The Alliance is a network of like-minded nations dedicated to addressing challenges to religious freedom around the world.