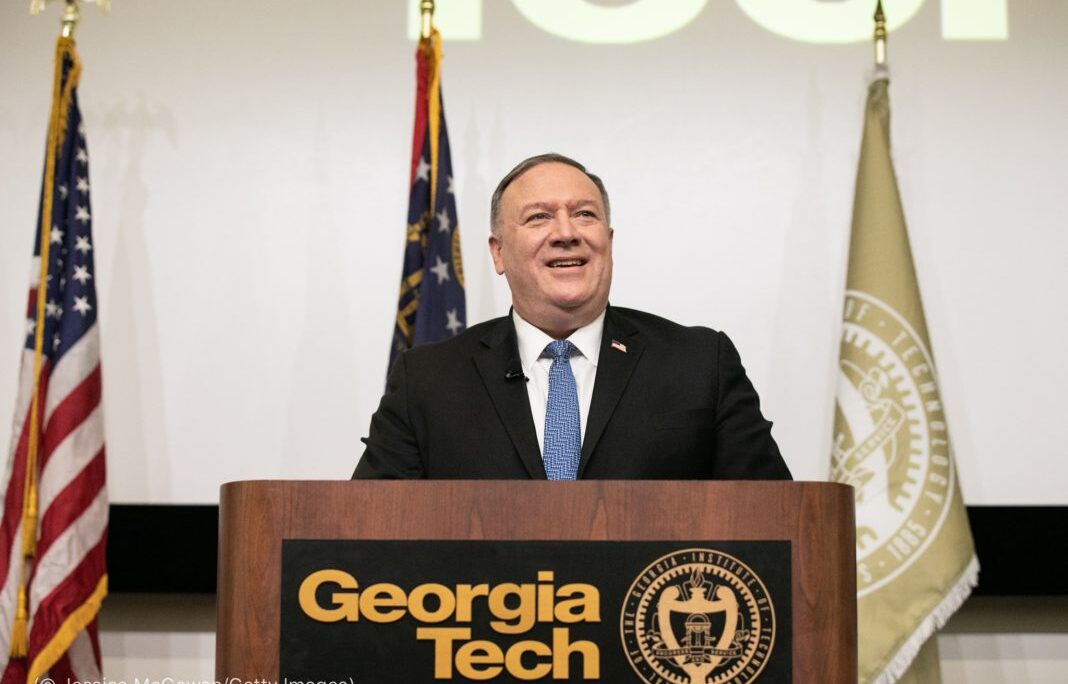 U.S. Secretary of State Michael R. Pompeo is urging American universities to defend against the Chinese Communist Party’s research theft and other threats to academic freedom.

Speaking at Georgia Tech in Atlanta on December 9, Pompeo warned that the CCP’s theft of research to boost its military poses risks for both universities and U.S. national security. He asked administrators, faculty and students to take steps to block the regime’s malign activities on campus.

“Americans must know how the Chinese Communist Party is poisoning the well of our higher education institutions for its own ends,” Pompeo said. “We cannot let the CCP crush the academic freedom that has blessed our country and blessed us with great institutions.”

He asked university administrators nationwide to review their receipt of foreign funding to prevent undue financial influence and to review the activities of Confucius Institutes on campus. The institutes pose as cultural centers but have pushed Beijing’s propaganda and censorship in the United States.

Pompeo also called on students to defend freedom of speech, noting that thousands of Chinese students who study in the United States lack that right when they return home.

Roughly 400,000 students come from China to study in the United States each year, Pompeo said. They seek to enjoy the academic freedom that has made U.S. universities hotbeds of innovation.

“[CCP] scientists aren’t pioneering cancer cures. We are. And it’s not North Korean biochemists that are producing safe COVID vaccines. We are. And Iranians aren’t ahead in supercomputing. No. In fact, we are. It is the free world and free peoples that produce these superior results.”

While enlisting the help of U.S. universities, Pompeo said the U.S. government is also blocking the CCP’s research theft and other malign behavior.

The U.S. Department of State in August designated the Washington-based headquarters of the Confucius Institutes network a foreign mission of the People’s Republic of China, imposing reporting requirements to help colleges better evaluate institutes’ activities on their campuses.

U.S. officials have arrested People’s Liberation Army agents who posed as researchers at U.S. universities. They have also notified college administrators of risks, through their endowments, of CCP influence and exposure from the regime’s human rights violations against Uyghurs in Xinjiang province.