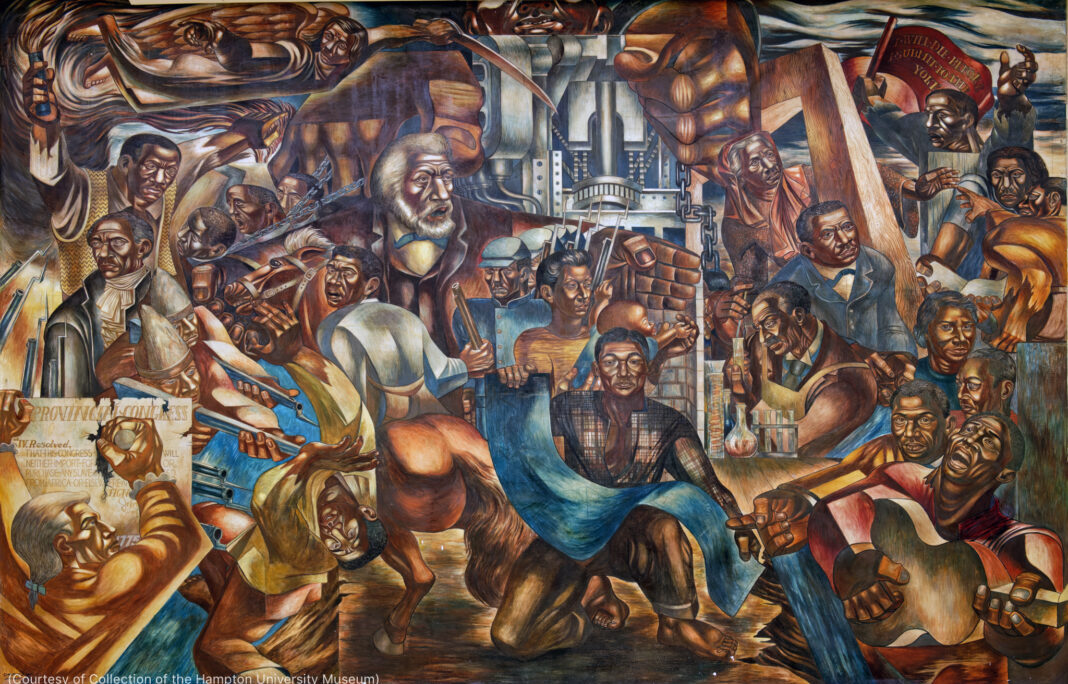 This 1943 Charles White mural "The Contribution of the Negro to Democracy in America" is among significant African American work being protected through a cultural heritage grant. (Courtesy of Collection of the Hampton University Museum)

American artist Charles White’s famed 1943 mural The Contribution of the Negro to Democracy in America celebrates prominent African Americans who fought for equality.

White painted the mural over a three-month period.

The historic artwork is among 40 significant African American pieces of work and sites to recently receive funding from the National Trust for Historic Preservation.

The trust’s African American Cultural Heritage Action Fund provided a $75,000 grant to preserve the mural. Heating, ventilation and air conditioning equipment will be installed where the mural is displayed to create a temperature-controlled environment.

White, who died in 1979, was a teacher to many young African American artists. Three university students helped White complete the work, serving as models and mixing paints.