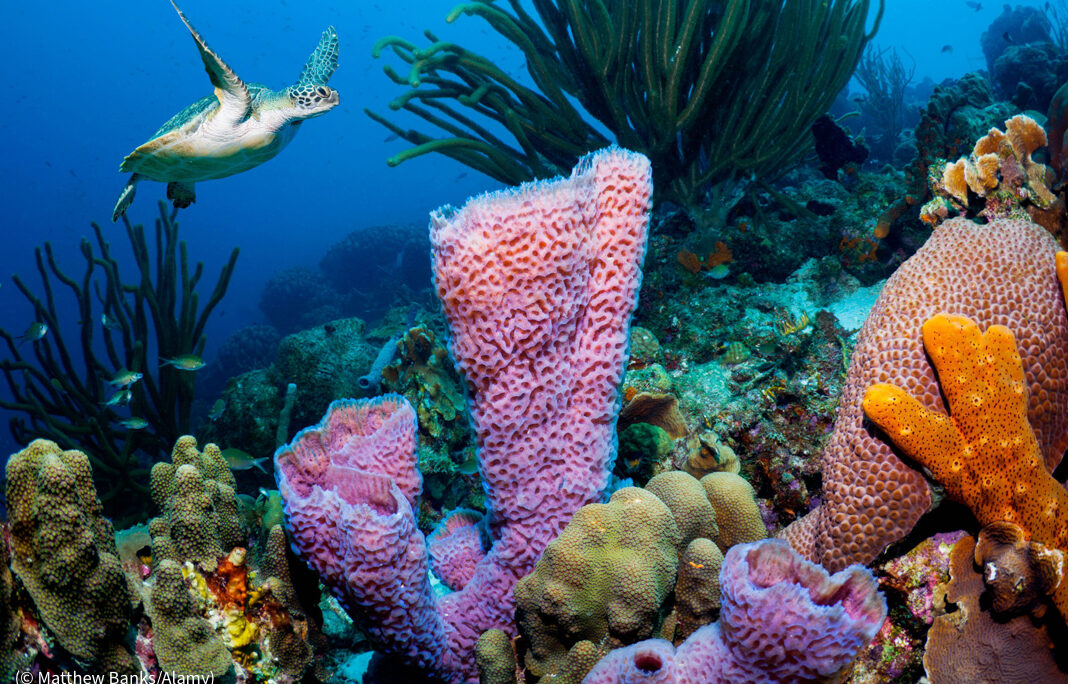 There is only one global ocean — a vast body of water that covers 71% of the Earth. That ocean is geographically divided into five ocean basins: the Atlantic, Pacific, Indian, Arctic and Southern.

A healthy planet needs a healthy ocean. The interdependency of the five basins and humans’ dependence on the marine environment will be highlighted June 8, on World Oceans Day 2022, with the theme “Revitalization: Collective Action for the Ocean.”

Listed below are five interconnected threats that pose the biggest challenges to ocean health, along with measures to tackle each of these issues:

The climate crisis is also an ocean crisis. The ocean has absorbed 20% to 30% of human-caused carbon dioxide emissions since the 1980s. And more than 90% of the warming that has happened on Earth during the past 50 years has occurred in the ocean.

The U.S. supports efforts to achieve net-zero greenhouse gas emissions by 2050 to protect the ocean. Ocean-based ways to help decarbonize include scaling up offshore renewable energy, reducing emissions from shipping and ports, and restoring coastal “blue carbon ecosystems” — such as mangroves and seagrasses — which not only capture and store carbon dioxide but also protect coasts.

Fish provide nutrition for more than 3 billion people and support the livelihoods of 12% of the world’s population. But more than one-third of the ocean’s fish stocks are being harvested beyond sustainable levels.

The United States champions building cooperative, science-based rules to ensure that fisheries can be sustainable for the long term. The U.S. also works to reduce “bycatch” of other marine life along with a target catch. For example, the U.S. requires that shrimp imported from other countries are not caught in ways that also harm endangered sea turtles.

One of the greatest challenges facing international fisheries is illegal, unreported and unregulated (IUU) fishing. Such fishing costs the world tens of billions of dollars each year. It harms coastal communities that rely on sustainable fishing for income and for food to eat.

The United States works closely with other countries to combat IUU fishing and is working to build international rules that can help countries to monitor and control their fishing vessels and their waters. The U.S. wants strong multilateral programs and standards in place — such as the Port State Measures Agreement — that increase oversight of seafood in trade and prevent IUU-caught fish from entering the market.

Once in the water, plastic never fully biodegrades. It can entrap or be ingested by fish, seabirds, turtles and marine mammals.

The United States manages waste to reduce marine debris at home and helps other countries improve their waste management, including finding ways to stop abandoned fishing gear from entering the ocean. The U.S. also undertakes research and promotes innovation to reduce plastic waste in the ocean.

The United States has set a goal of conserving 30% of U.S. lands and waters by 2030. While most areas in need of conservation are closer to shore, there are also areas of the high seas — such as waters around Antarctica — that warrant protection. The U.S. continues to support marine protected areas in the Southern Ocean and elsewhere around the globe.