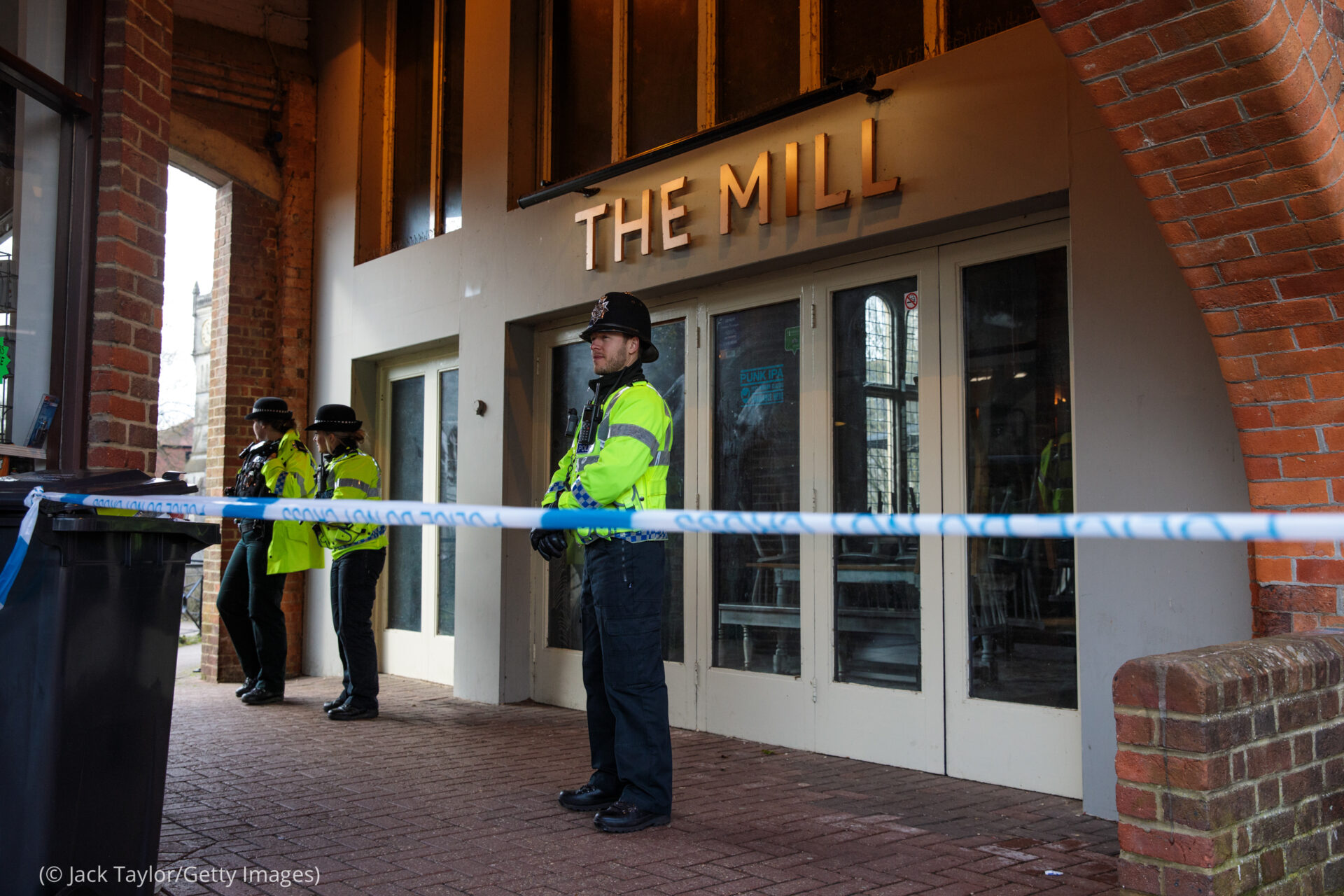 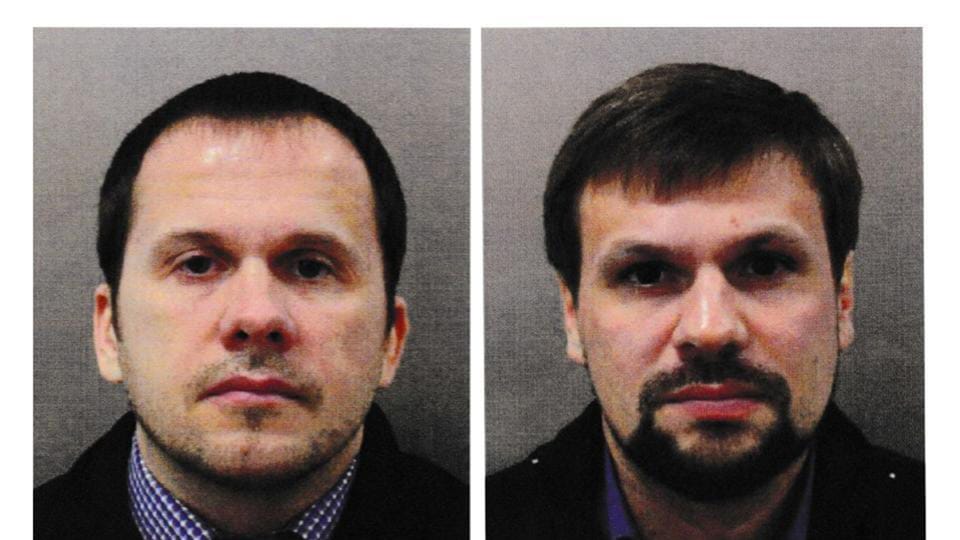 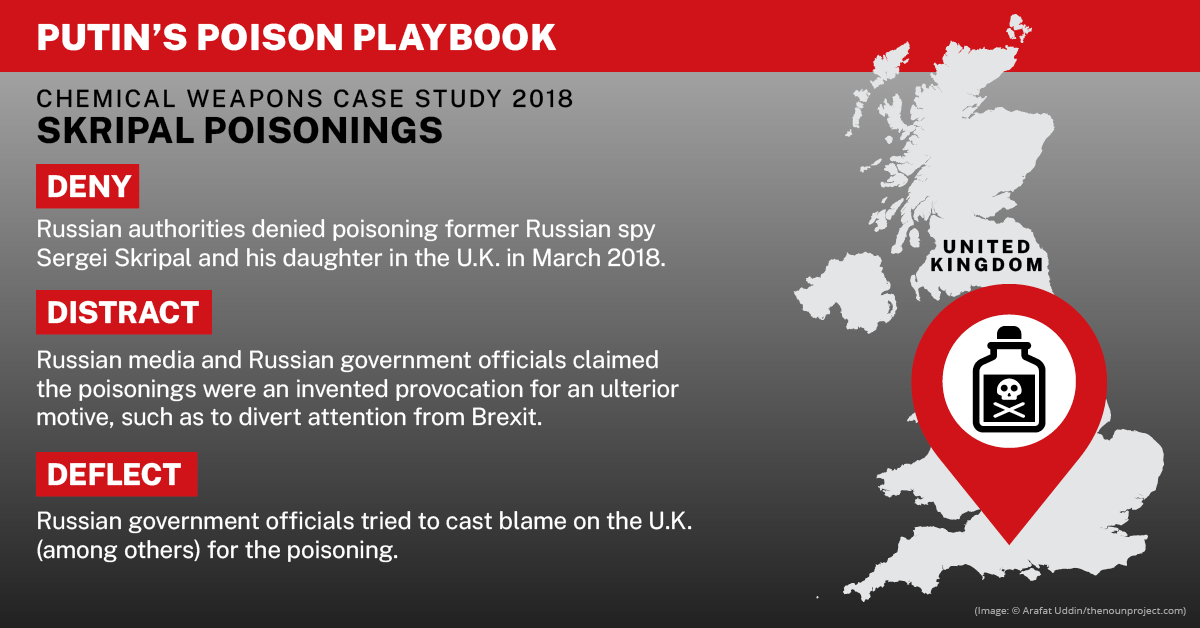 SALISBURY, ENGLAND – MARCH 13: Police officers stand by the cordon outside The Mill pub as investigations continue into the poisoning of Sergei Skripal on March 13, 2018 in Salisbury, England. British Prime Minister Theresa May has given the Russian government a deadline of midnight tonight to expla

British prosecutors charged two Russians, who likely used the aliases Alexander Petrov and Ruslan Boshirov, with the nerve agent poisoning of a British citizen and his daughter in the English city of Salisbury. (© Metropolitan Police/AP Images)

This article is part of a series describing how the Russian government and Vladimir Putin conceal their or their allies’ involvement in chemical attacks on civilians worldwide.

In March 2018, Sergei Skripal, a British citizen who used to work as a Russian intelligence officer, and his daughter, Yulia, nearly died after coming into contact with Novichok, a military-grade nerve agent originally developed by the former Soviet Union.

Russian authorities immediately used the media and diplomatic forums to deny any involvement. (Learn why nerve agents are so deadly.)

However, within weeks, the leaders of the United States, France, Germany and the United Kingdom concluded the Russian government was behind the attack, noting there is “no plausible alternative explanation.”

Three months later, a British couple in Amesbury, England, fell severely ill after coming into contact with a perfume bottle containing the same poison that affected the Skripals. The woman later died. She had sprayed the substance on her wrist, thinking it was perfume.

In September 2018, British authorities charged in absentia two Russian military intelligence officers with conspiracy to murder, attempted murder and use of the Novichok nerve agent.

By March 2018, more than 20 nations, including the United States, expelled 153 Russian diplomats and intelligence officers in support of the U.K. and in protest of the poisonings.

Russian officials and state-run media spread several false claims after the incident including:

Three weeks after the attack, two-thirds of social media posts about it came from Kremlin-supported sources, according to a 2018 analysis from the Atlantic Council’s Digital Forensic Research Lab.

RT and Sputnik, two state-controlled television networks, produced hundreds of misleading stories about the incident in an attempt to influence Western media.

The Kremlin’s chemical weapons disinformation campaign continues today in Ukraine, with attempts to blame others while obfuscating its actions.