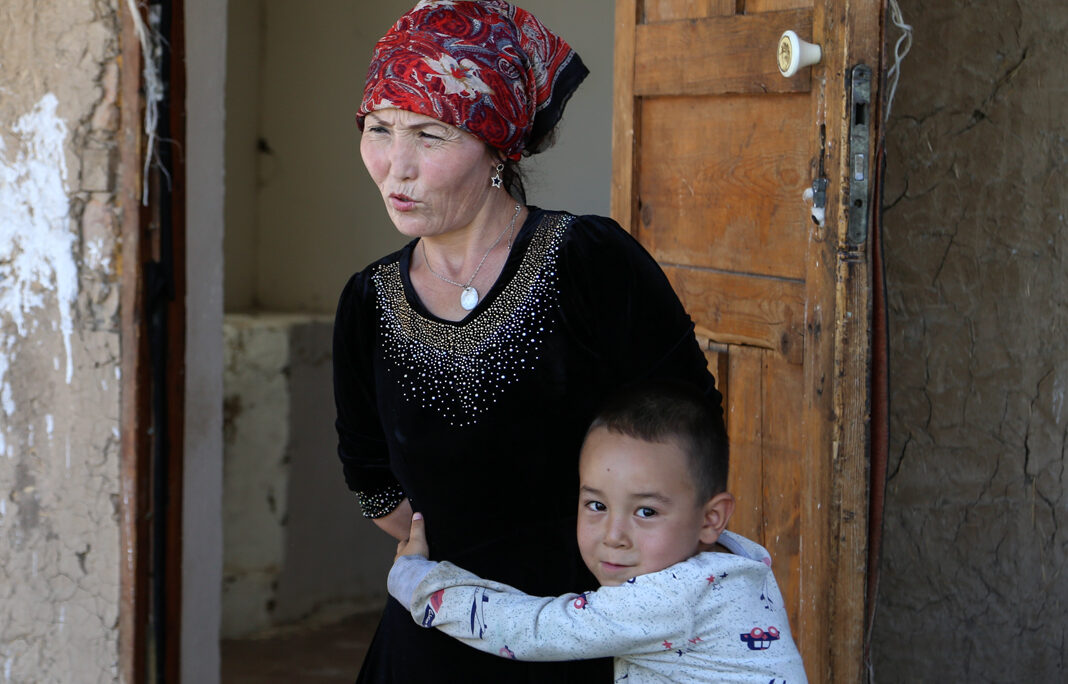 Alif Baqytali hugs his mother, Gulnar Omirzakh, at their new home in Shonzhy, Kazakhstan. Omirzakh, a Chinese-born ethnic Kazakh, says she was forced to get an intrauterine contraceptive device, and that authorities in China threatened to detain her if she didn't pay a large fine for giving birth to

The Chinese Communist Party (CCP) is conducting a campaign of mass sterilization of women as part of its repression of Uyghur and other ethnic minorities in Xinjiang, a new report says.

The report (PDF, 1.8 MB), published June 29, finds that population growth rates in the two prefectures with the largest Uyghur populations fell by 84 percent between 2015 and 2018.

Thanks to @AP for updating the attribution in this important sterilization chart, the data for which I collated and computed (bottom right). https://t.co/DSDNGXNXo0 pic.twitter.com/DGnerJdX7F

U.S. Secretary of State Michael R. Pompeo said the report’s “shocking revelations are sadly consistent with decades of CCP practices that demonstrate an utter disregard for the sanctity of human life and basic human dignity,” according to a June 29 statement.

“We call on the Chinese Communist Party to immediately end these horrific practices,” he added.

The Jamestown Foundation report describes the CCP sterilization campaign as part of a broader effort to eradicate Uyghur culture and force ethnic minorities into China’s Han-dominated society. Other efforts include coercing Uyghur women into unwanted marriages and prohibiting Muslims from practicing their faith.

Since 2017, the CCP has imprisoned more than 1 million Uyghurs and other Muslim ethnic minorities in internment camps, where prisoners are forced to renounce their religious and ethnic identities and swear allegiance to the Communist Party.

The report describes a methodical effort to suppress minority birthrates. In one ethnic minority county, the government set a 2019 goal of sterilizing “34 percent of all married women of childbearing age.”

And in 2018, “80 percent of all new IUD [intrauterine device] placements in China were performed in Xinjiang,” the report says. The birth control device was primarily used in Xinjiang, even though the province only makes up 1.8 percent of China’s population.

Women who refuse to submit to invasive birth control, abortion or sterilization or have too many children risk internment. Zumrat Dawut, a Uyghur woman, was fined for having three children instead of two, the report says. After being interned once, Dawut underwent surgical sterilization under threat of being interned again.

She says that after waking from the anesthesia, she felt her womb ache, as though it was missing something. “I was so angry,” she told the Associated Press. “I wanted another son.”