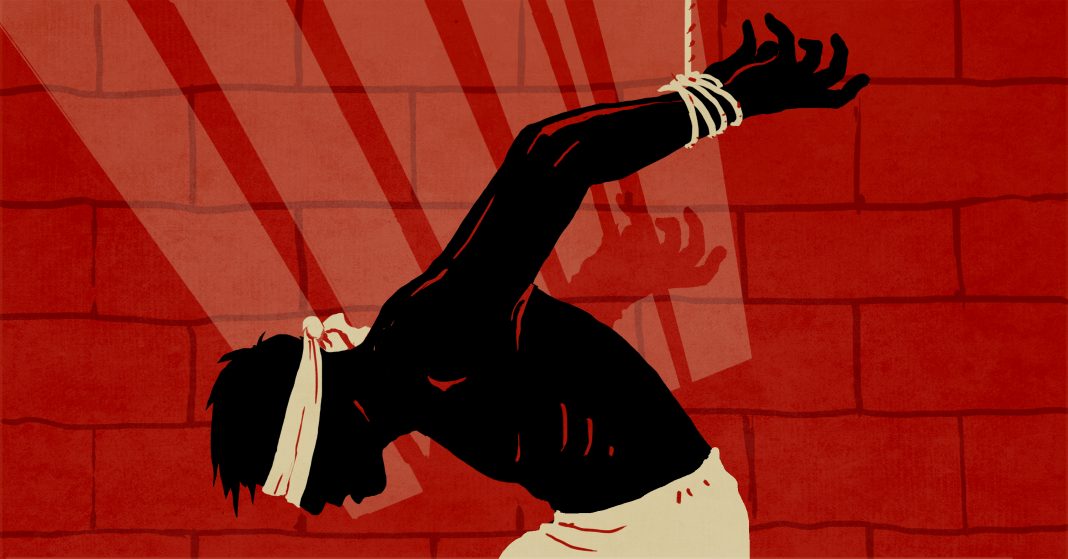 Amnesty International, in a report issued September 2, says the Iranian regime prosecuted more than 500 protesters on sham charges and describes a “torture epidemic,” including flogging, electric shocks and mock executions.

“The Iranian authorities waged a campaign of mass repression that led to hundreds of deaths, resulting from the deliberate use of lethal force, and to the arrest of more than 7,000 men, women and children as young as 10 years old within a matter of days,” the report says.

The report, Trampling humanity: Mass arrests, disappearances and torture since Iran’s 2019 November protests, adds to the regime’s record of brutality against its own people.

Iran’s leaders blocked the internet that month to mask a brutal crackdown on nationwide protests that began in response to a hike in gas prices but turned against the regime’s economic mismanagement.

Security forces killed up to 1,500 Iranians, including as many as 150 people massacred in one horrific incident in Mahshahr in southwestern Iran, according to news reports. A little over a month later, the regime arrested family members who planned to hold memorials for relatives killed during the demonstrations.

The good people of Iran want the same things as each of us:  peace, freedom, and prosperity. @AmnestyIran’s new report details the regime’s corruption and brutality, including death sentences after sham trials, torture of prisoners, and harassment of their family members.

But the Amnesty International report says the regime’s violence continued outside the public eye. Using surveillance, security officials tracked down peaceful protesters so they could arrest them at home or at work. Prison guards elicited confessions through torture. Officials also harassed and threatened families of protesters who fled.

Intelligence agents detained protesters for weeks or months. A 16-year-old boy returned home with broken arms and legs after spending five days in detention. Guards tied a prisoner’s hands and feet behind his back and held him aloft with an iron bar, a torture method guards called a “chicken kebab.”

The regime also used the heightened security atmosphere to arrest activists from ethnic minority groups including Ahwazi Arabs, Azerbaijani Turks and Kurds who did not participate in the protests.

The United States and the United Nations have long faulted the Iranian regime for its brutality. The U.N. in December 2018 adopted a resolution rebuking the regime for its long-standing human rights violations and called on the country to ensure “that no one is subjected to torture or other cruel, inhuman or degrading treatment or punishment.”

“From prosecutors to judges to prisons, there is no justice — only torture, flogging, sexual abuse and enforced disappearances,” she said in a September 10 tweet.