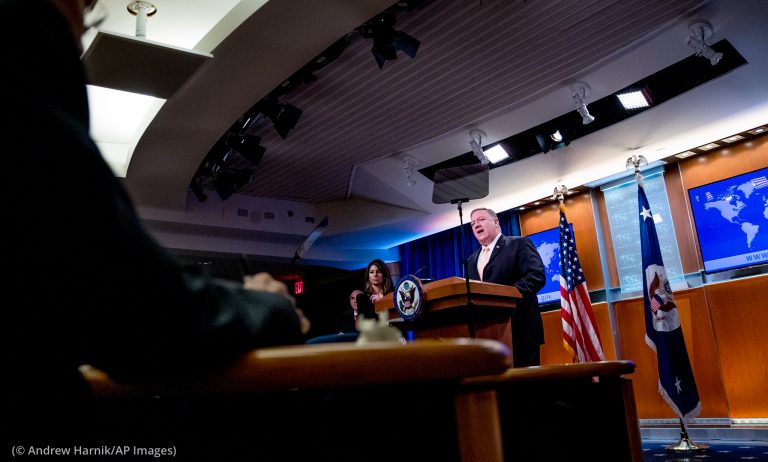 The United States released a framework that builds upon the proposals put forward by the interim government of Venezuela for a path to free and fair presidential elections in that country.

“This framework can provide a path that ends the suffering and opens the path to a brighter future for Venezuela,” said Secretary of State Michael R. Pompeo in a statement on March 31.

The 13-point framework calls for a transitional government to move toward restoring democracy to the country, first by returning all members to the democratically elected National Assembly and then by the restoration of Venezuela’s institutions, the rule of law and the fundamental human rights enshrined in its 1999 constitution.

This includes (but is not limited to):

The framework calls for the National Assembly to pass a Council of State Law, which creates a Council of State that becomes the executive branch. This temporary government will oversee the transition to a truly democratic Venezuela over the course of an estimated six to 12 months.

As the steps are completed, the U.S. will lift the sanctions on people associated with Maduro’s government and its state-run business entities, according to Pompeo.

The General Secretariat of the Organization of the American States reaffirmed the framework, saying that the proposal “deserves the support of all those who are fighting for free and transparent elections in Venezuela.”

“The United States has long been committed to finding a solution to the man-made crisis in Venezuela,” Pompeo said. “The urgency for this has become all the more serious in light of the Maduro regime’s failure to adequately prepare for and address the global COVID-19 pandemic.”