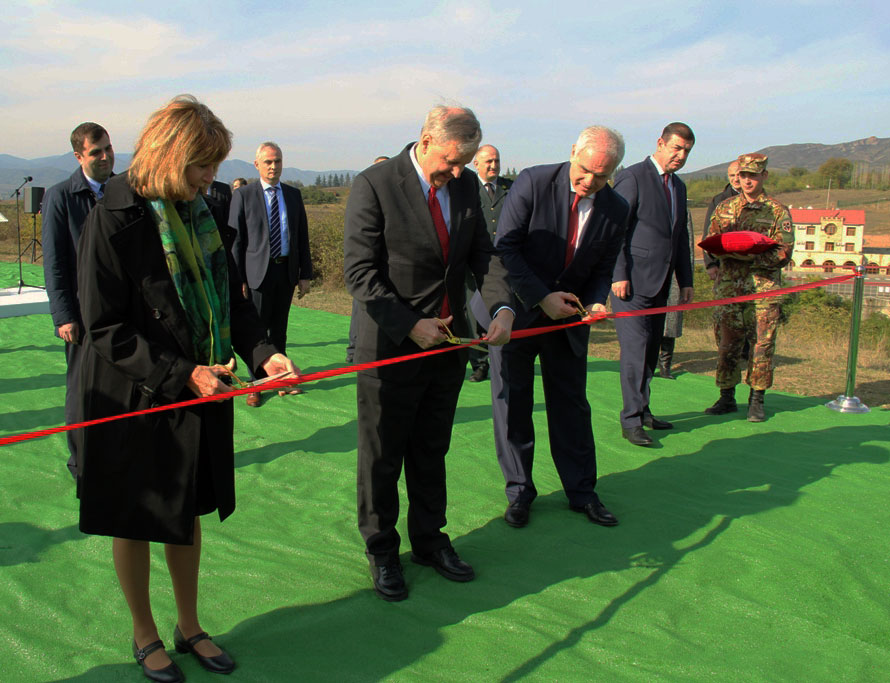 Q-n about the importance of the DTRA project at Sadakhlo

Ambassador Kelly: Our main goal here in Georgia is to help Georgia attain its goal of integrating into the Western community of nations.  And, in order to do that, of course, it needs to provide for the security of its people.  And so one reason that we have made such an investment in a project such as this is Georgia will not be able to succeed as a fully sovereign member of the democratic community unless it can secure its borders.

Q-n about possible future projects that the U.S. implement in Georgia with the Ministry of Internal Affairs?

Ambassador Kelly: Thank you for asking about that, in fact, I was just speaking with the Minister about where we should take our cooperation from here; and we’ve decided that we’re going to sit down and develop an action plan for our next steps in cooperation.  I think that one area we’re going to look at is more joint training and expanding the program that we have right here to include other parts of the Georgian sovereign border.