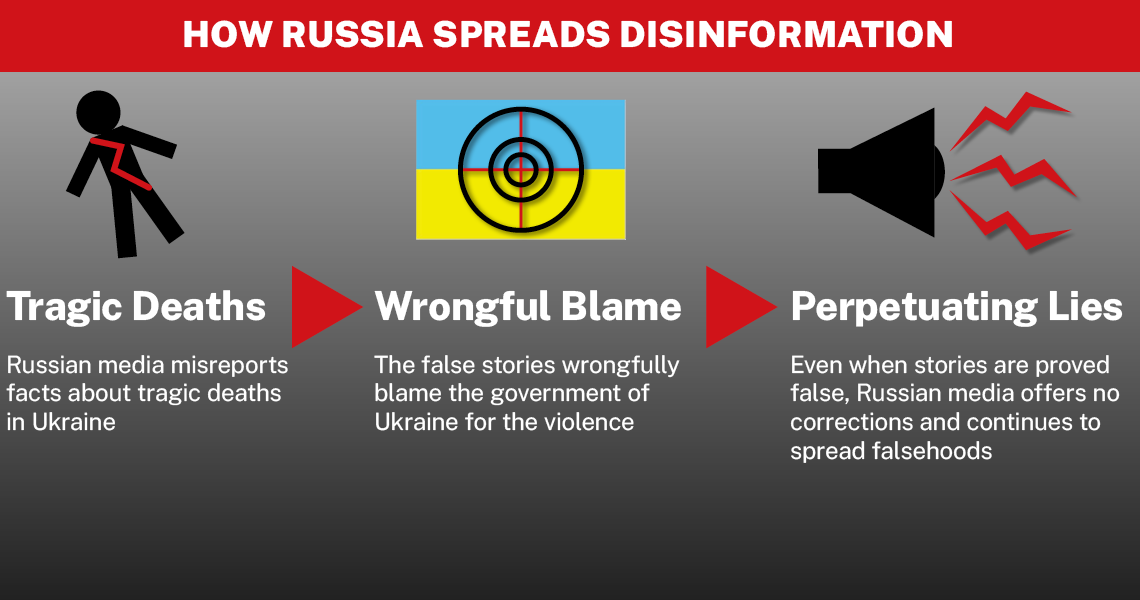 For years, Russian state-funded and state-directed media outlets have promoted false and provocative stories about Ukraine. They do this to influence opinion. They portray Ukraine’s government as an instigator of violence, even against its own civilians.

In April 2021, one Russian media outlet reported that a young boy was killed in the eastern Donbas region by a Ukrainian armed forces drone. The boy’s family did not confirm the incident. No credible, official organizations, such as the Organization for Security and Co-operation in Europe (OSCE), of which Russia is a member, confirmed this report either.

The OSCE and independent media published subsequent reports that found a boy had died in the region but not from a drone attack or because of any actions involving the Ukrainian armed forces. However, Kremlin-funded media outlets in Europe continued to report the drone attack as the cause of the boy’s death. One outlet described it as an “act of terrorism.”

This false story follows Russia’s disinformation playbook. Learn more about this and other examples of Kremlin-funded disinformation in a new report (PDF, 4.3 MB) from the State Department’s Global Engagement Center.