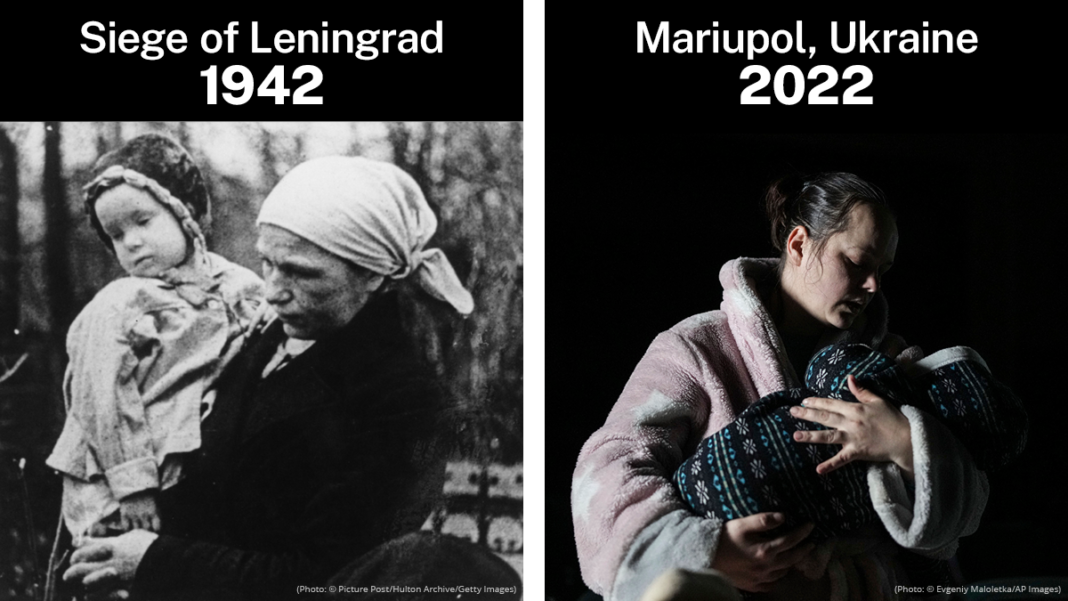 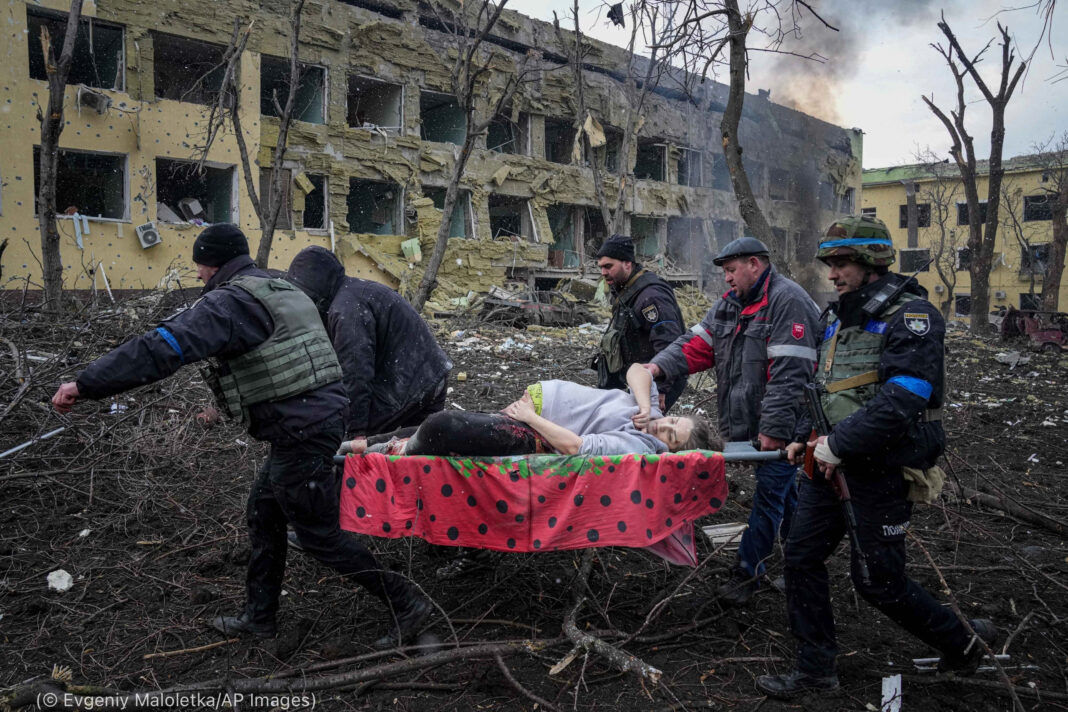 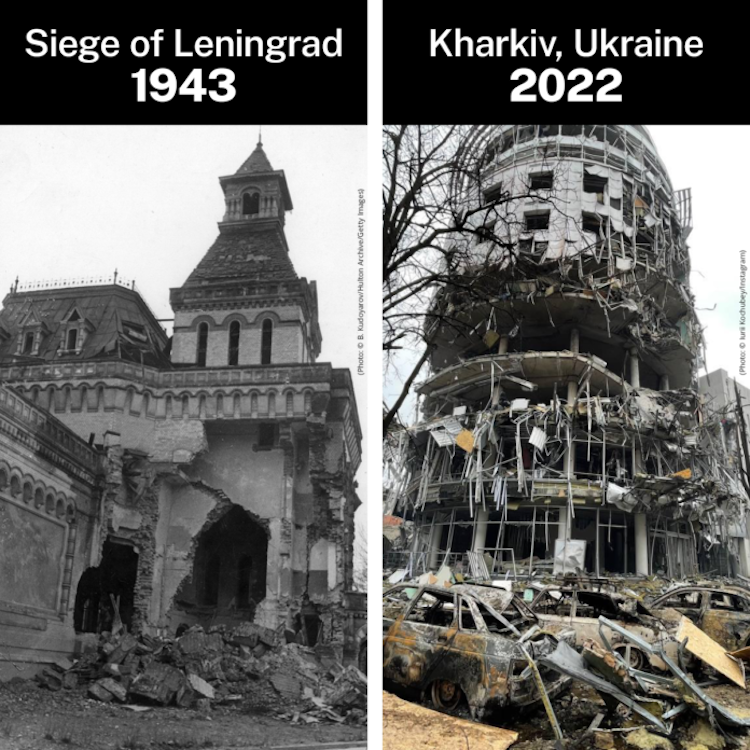 FILE – Ukrainian emergency employees and volunteers carry an injured pregnant woman from a maternity hospital damaged by shelling in Mariupol, Ukraine, March 9, 2022. The baby was born dead. Half an hour later, the mother died too. (AP Photo/Evgeniy Maloletka, File)

Russia’s relentless bombing of the Ukrainian port city of Mariupol has killed an estimated 10,000 civilians and continues to deprive hundreds of thousands of food, water, electricity and shelter.

Amid the rubble, many residents can’t leave and relief organizations can’t enter the besieged city because of Russia’s constant shelling. Some 90% of Mariupol’s buildings have been damaged or destroyed.

“Mariupol is a graveyard now,” one resident named Anna told the BBC in April. “All the neighborhoods are covered in the graves of civilians.”

Russian President Vladimir Putin said Mariupol residents must surrender for the bombing to end. The brutality of Russia’s military force in Ukraine is strikingly similar to Nazi Germany’s during World War II.

The siege of Mariupol and other Ukrainian cities since Putin’s February 24 invasion is one example. More than 80 years ago, Nazi Germany launched a similar siege, causing widespread suffering in Russia.

During WWII, Nazi Germany’s June 1941 invasion of Leningrad, now called St. Petersburg, lasted almost 900 days and killed as many as 1 million Russians. Citizens who attempted to leave the city met road blockades. Residents had one month of food supplies, and hundreds of thousands died of starvation.

“I could never imagine that a new war would start in my old age,” Margarita Morozova, 87, a Leningrad survivor now living in Ukraine, told Reuters March 20. “In my worst nightmare, I could not even imagine that such a massacre would be repeated.”

For the last 60 years, she has lived in the northeastern Ukrainian city of Kharkiv, the country’s second largest, which likewise has seen heavy bombardment throughout the war.

Vera Somina, 83, has lived her entire life in St. Petersburg. “I survived the war and the blockade as a small child and I was certain that nothing like that could ever happen again,” she told Radio Free Europe/Radio Liberty.

“My generation had to go through it, but now it seems that such horror is possible for the generations of my children and grandchildren,” she said.

Despite all the evidence, the Kremlin’s state-controlled media continue to deny Russia is at war with Ukraine and to spread disinformation, calling atrocities, such as photos of bombed hospitals, fake.