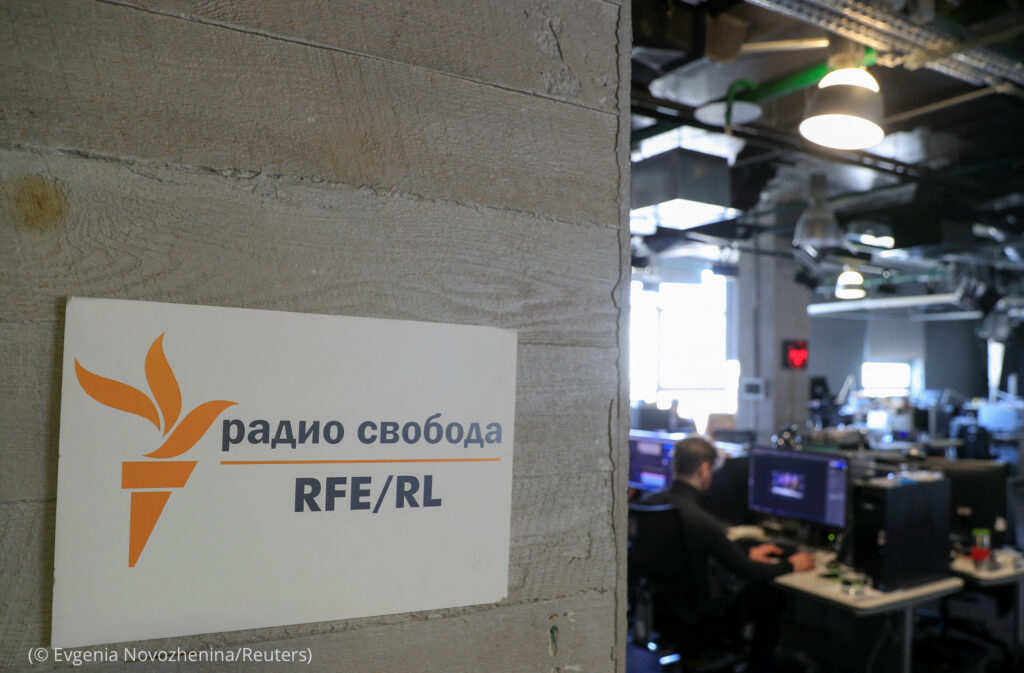 While state-controlled media bombard audiences with disinformation about Vladimir Putin’s war against Ukraine, the Kremlin is intensifying its crackdown on independent media to prevent the truth from reaching the Russian public. New restrictions from the Kremlin have forced most, if not all, independent media outlets in Russia — both domestic and foreign — to shut down or suspend their operations.

Media in Russia are required to describe Putin’s war against Ukraine as a “special military operation.” Putin on March 4 signed a new draconian law that provides for a prison sentence of up to 15 years for spreading false information about the Russian military. Any citizen who assists a foreign country, foreign organization or international organization during Russia’s “special military operation” in Ukraine could be imprisoned.

Ekho Moskvy, one of Russia’s last remaining independent media outlets, closed March 3 after Roskomnadzor, the government’s media monitoring agency, accused the station of “extremism” and “spreading false information.” The agency blocked Ekho Moskvy’s website, cut off its radio broadcast and replaced the station with state-controlled Sputnik radio. In protest of the new law, the staff of Dozhd, known in English as TV Rain, walked off the set to the sounds of Tchaikovsky’s Swan Lake, the same music that played on all Soviet Union channels signaling the death of Soviet leaders and the Soviet Union’s collapse in 1991. Authorities blocked Dozhd’s website and broadcast in response to the outlet’s extensive coverage of Russia’s war against Ukraine, forcing a suspension of its operations.

The Entire staff of the Russian TV channel “the rain” resigned during a live stream with last words: “no war” and then played “swan lake” ballet video (just like they did on all USSR tv channels when it suddenly collapsed) #Ukriane #UkraineRussiaWar #Russia #StandWithUkraine️ pic.twitter.com/o4LzUqnWLc

Roskomnadzor also blocked the websites of BBC, Voice of America and Deutsche Welle of Germany, all of which offer Russian-language news coverage.

Other independent U.S. media outlets halting operations in Russia because of the new law include:

“Russian authorities have moved quickly to establish total censorship and control over the free flow of information since Russia invaded Ukraine on February 24,” said Gulnoza Said, the Europe and Central Asia program coordinator for the Committee to Protect Journalists. It’s not the first time the Kremlin and its media mouthpieces have employed deceptive language to describe its invasions of other countries. The invasions of Poland (1939), Afghanistan (1979) and Georgia (2008) were called “liberation campaigns,” “special military operations” or “international assistance.” “Putin is feeding Russians a steady diet of lies about the scope and costs of the war in Ukraine,” said Jamie Fly, president of Radio Free Europe, on March 4.