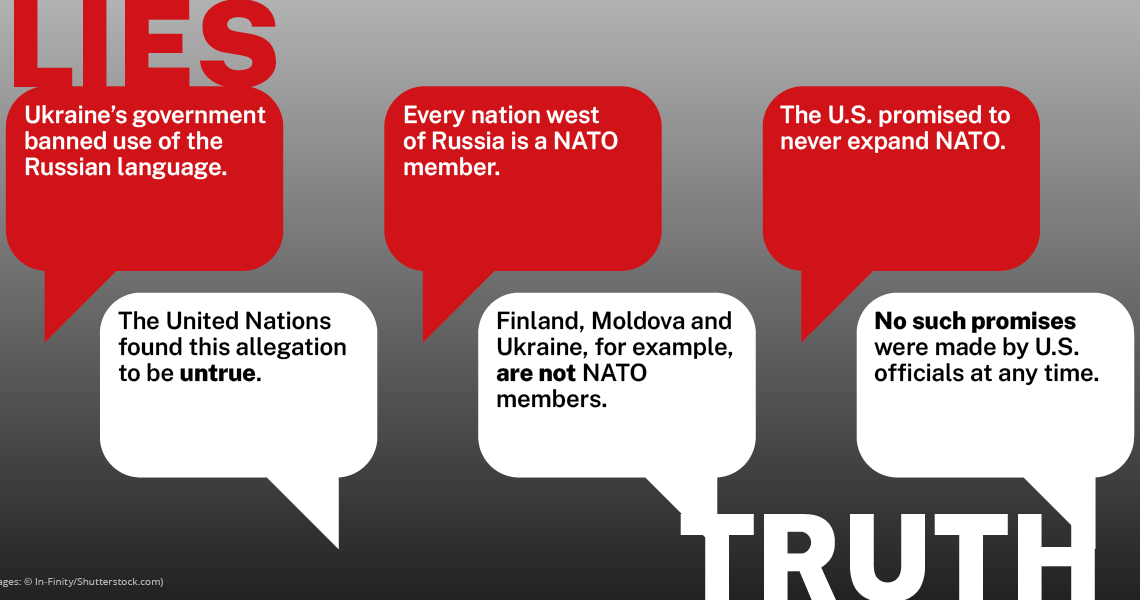 In democracies, independent media are free to publish accurate stories that inform the public — without editorial control by the government.

That’s not how Russia’s state-run media operate. Instead, the Kremlin directs media outlets to publish and amplify information and stories that support the government’s policies.

None of these statements are true.

Russia’s state media also distort tragedies to suit the government’s purpose. In April 2021, one Russian media outlet reported that a young boy was killed in the eastern Donbas region by a Ukrainian armed forces drone. That story was fact-checked and found to be false. Russian state media kept repeating it as a way to portray Ukraine’s government as an instigator of violence.

For other examples and more details on Kremlin-funded disinformation, see: