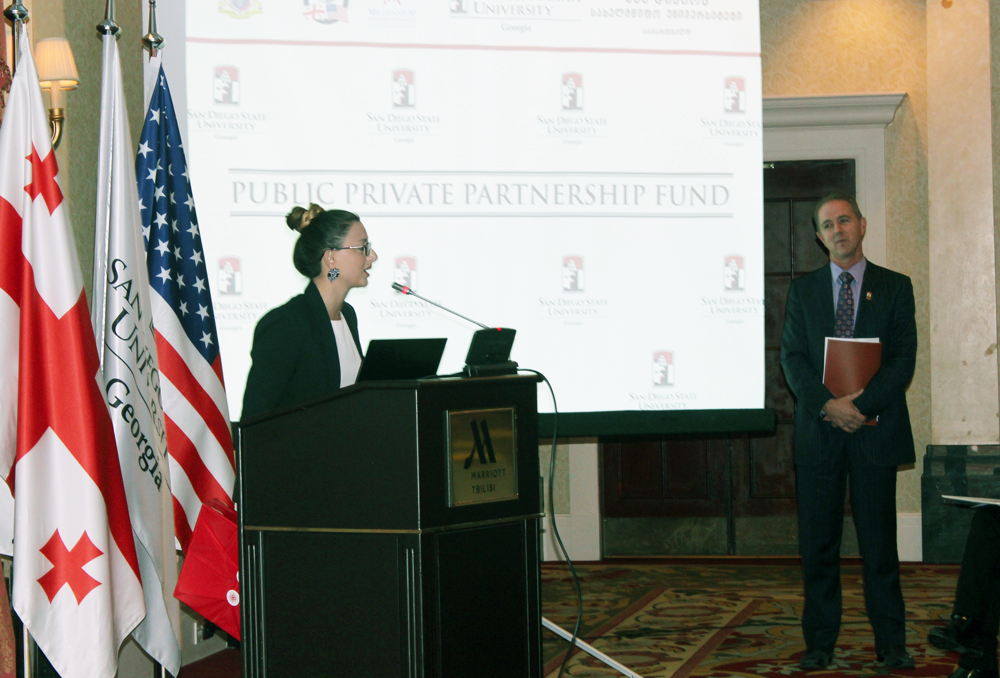 You know it’s always been, not always, but at least in 20th century it’s been a truism that you can’t succeed without an education.  But I think that in the 21st century, you can’t succeed without an education in science and technology and the information sciences.  So the United States really wants Georgia to succeed and so one of the biggest investments we have made is in trying to help Georgia develop STEM curriculum (science, technology, engineering and mathematics).  And this program of San Diego State University is the flagship, is the most important product of that effort.

Q-n about the amount of U.S. investment

Q-n about how much the U.S. government has spent [on education/SDSU-Georgia]

This particular grant, we call it a compact, is time limited.  It’s over several years and so one of our efforts is trying to get as much private support for scholarships and, in particular, for Georgian students and that’s why we are trying to develop partnerships with the private sector.

I don’t think we have a figure yet.