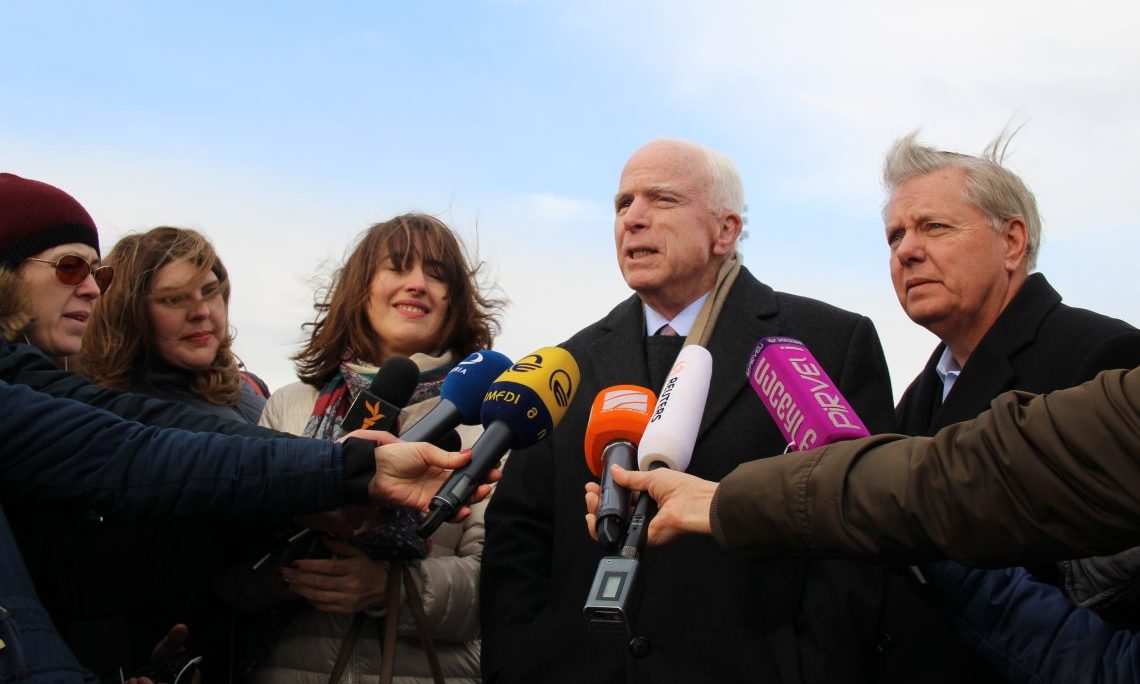 Senator Klobuchar, Senator Graham, and I are very happy to be back in Georgia, a strong friend and an ally.  These are very difficult and challenging times.  We are now going to South Ossetia to meet with some of the families and those who have been displaced by Russian aggression.  We will continue to do everything we can to support the total independence and freedom, and territorial integrity of the country of Georgia.

We are going to go back and tell our colleagues what is Russia up to in the Baltics, what are they doing in the Ukraine, they’re going to get briefed about Georgia.  We hope to make 2017 the year of offense.  We believe that Putin has hacked into our elections in America, that he is trying to undermine democracy all over the world, and it is time for new sanctions to hit him hard as an individual, his energy sector, his banking sector.  It is time to push back against Putin, but be a better friend to our allies over here including Georgia—to be more helpful.  So, 2017 is a year of offense and we’re going to tell our colleagues what’s at stake if we don’t push back.

I’m Amy Klobuchar, the Senator from Minnesota.  This is my first visit to Georgia and I am honored to be here with Senator McCain and Graham.  Obviously, it is a very important trip—we just left Ukraine where we have seen firsthand what happens when Russia crosses over into a country’s independence, and we saw it in our own election with the attempt to influence our election.  And so, we are very happy to be here with our friends in Georgia.

How do you see the perspective tough sanctions against Russia?

We will be working for much tougher sanctions against Russia.  They attacked the United States of America.  The hacking was an attack and should be treated as such.  And we think that their financial institutions and other aspects of the Russian economy should be addressed, and we strongly urge our colleagues to enact more meaningful and stronger sanctions against Russia because of their attack on United States of America.

I think it is very clear that the evidence is overwhelming that it was Russia.