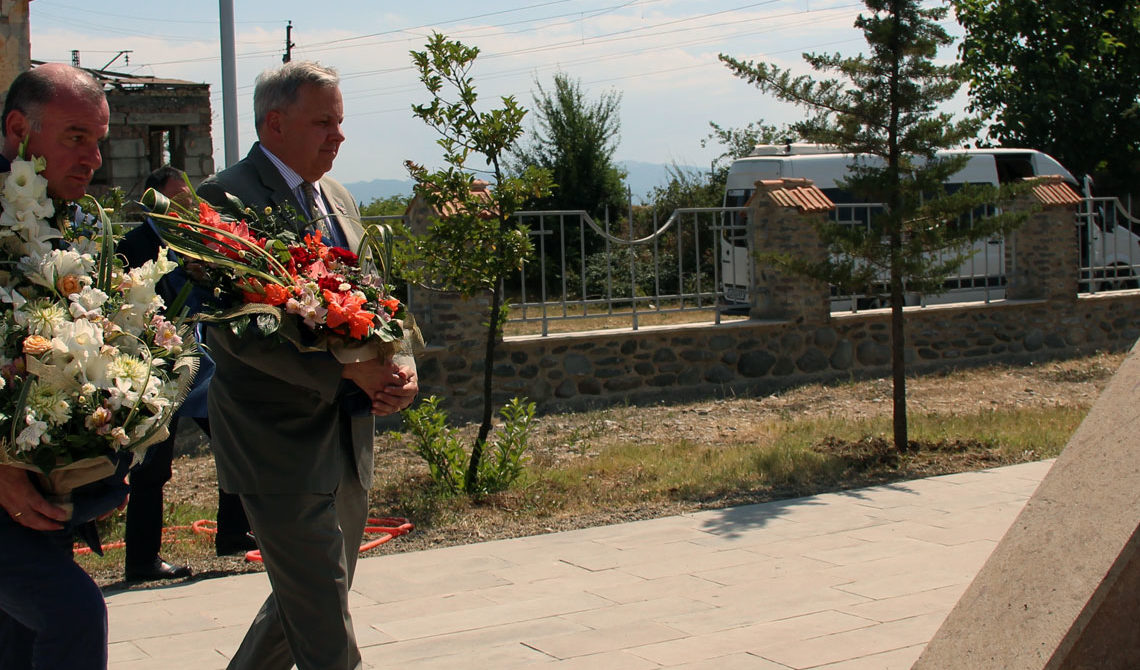 Q-n: Your comment on the anniversary of the Russian invasion

Ambassador Kelly: I think this time and this place is a time to reflect, but also to recommit.  I think in terms of the first, it’s a time for us to reflect on the price of freedom.  We’re standing here at a sacred place where young Georgians gave their lives for your freedom, but also I think for our freedom, for the freedom of all people who believe in the right of countries to choose their own future, to choose their own security arrangements.  And, of course, just a couple of days ago another Georgian hero returned from Afghanistan— Sergeant Bebiashvili, who also gave his life for that great, great cause.  But, of course,that also was a very, very high price.  But it’s also a time to recommit, and I as the American Ambassador, I will say that the United States continues to be committed to Georgia’s sovereignty and territorial integrity, and will continue to support Georgia in its desire to join the Euro-Atlantic community—the European Union and NATO.

Q-n: Putin is reportedly visiting Abkhazia on the ninth anniversary, is this a provocation from the Russian side?

Ambassador Kelly:  Well, I think Vice President Pence said it best when he said that the United States condemns the continuing occupation of sovereign Georgian territory, which of course Abkhazia is.  I think that our firm policy is that all sides should commit themselves to the resolution of this conflict and avoid any kind of actions that would in any way delay or damage progress towards a resolution.  And so I think that’s why it was so important for me to be here today, to signal our continued support for a resolution to this conflict, for the restoration of Georgia’s territorial integrity.