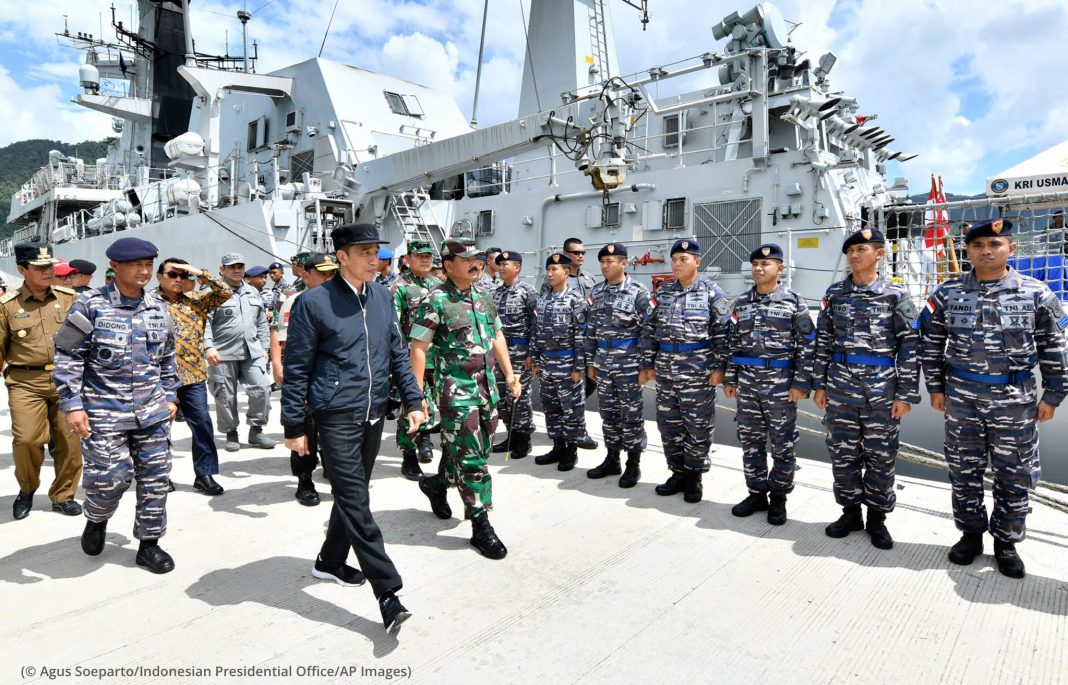 Southeast Asian countries are pushing back against the Chinese government’s aggression in the South China Sea.

A recent example of this aggression occurred in early April when the People’s Republic of China (PRC) sank a Vietnamese fishing vessel in the vicinity of the Paracel Islands.

“This incident is the latest in a long string of PRC actions to assert unlawful maritime claims and disadvantage its Southeast Asian neighbors in the South China Sea,” the U.S. Department of State said in an April 6 statement.

What is the conflict in the South China Sea?

The South China Sea is the subject of more than a dozen overlapping and interconnected disputes over who is in charge of the various islands, rocks, shoals and reefs scattered throughout the South China Sea waters.

China has asserted a maritime claim to a large majority of the South China Sea that is not consistent with international law.

In 2016, an international arbitration tribunal issued a decision finding that China’s maritime claims in the South China Sea are inconsistent with the Law of the Sea Convention.

China has tried to control the waters of the South China Sea, including those claimed by other countries, by using fishing vessels that are part of the Chinese maritime militia, coast guard ships and naval vessels to harass other countries’ boats.

Since December 2019, Vietnam, the Philippines and Indonesia have each publicly protested China’s unlawful maritime claims in the South China Sea.

How are countries responding?

In early April, a Chinese coast guard vessel hit and sank a Vietnamese fishing boat. In response, Vietnam lodged a diplomatic note of protest with the Chinese government and asserted its own territorial claims.

A similar situation happened to the Philippines in 2019 when a Filipino fishing boat sank after a Chinese ship hit it.

“Such incidents undermine the potential of a genuinely deep and trusting regional relationship between the Association of Southeast Asian Nations (ASEAN) and China,” the Philippines Department of Foreign Affairs said April 8.

“It is always a good time to rise in the defense and affirmation of our respective sovereignties.”

In December 2019, Indonesia filed a diplomatic protest against China in response to Chinese coast guard and fishing boats entering into waters claimed by Indonesia.

“Natuna is part of Indonesia’s territory, there is no question, no doubt,” Indonesian President Joko Widodo said in January, referring to islands at the edge of the South China Sea that China claims as its traditional fishing area. “There is no bargaining for our sovereignty,” Widodo said.

Since the outbreak of the global COVID-19 pandemic, the PRC has also:

The State Department has called on the Chinese government “to stop exploiting the distraction or vulnerability of other states to expand its unlawful claims in the South China Sea.”