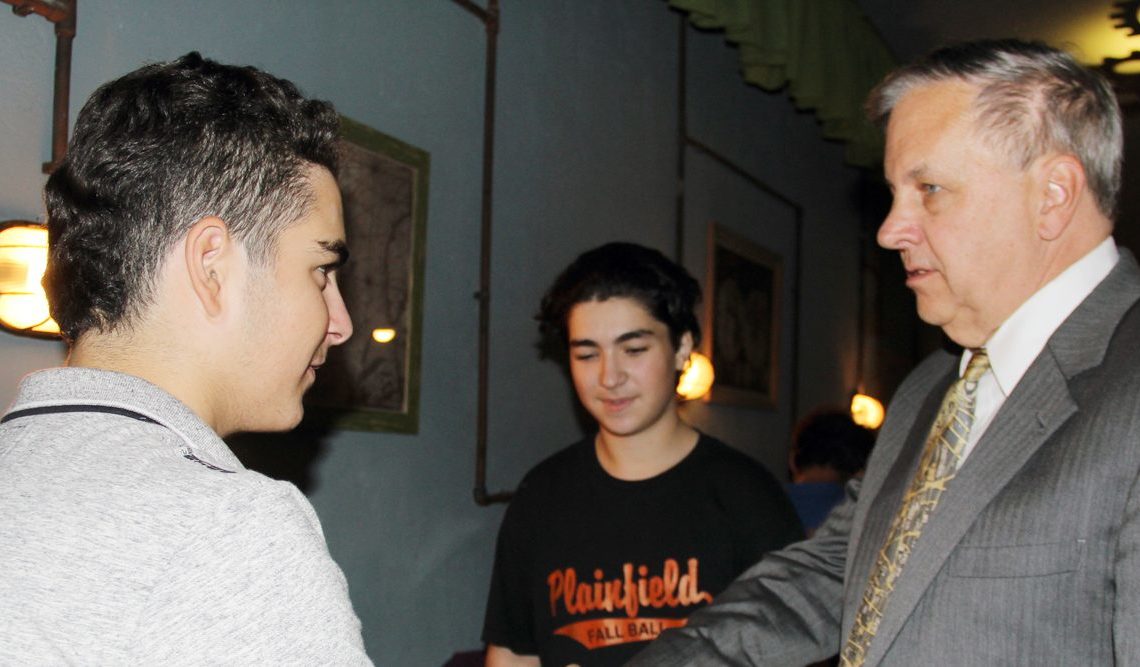 On September 21, Ambassador Ian Kelly and Minister of Education Alexander Jejelava and Pawel Smalinsky, CEO of GeoCell cheered the start of Georgia’s third Innovation Challenge.  We welcome GeoCell’s participation in this innovative project to promote the science, technology, engineering and math (STEM) disciplines with Georgian secondary school students. Using STEM skills, teams of students are challenged to develop innovative products which address global and local priorities, while encouraging global sustainability.  Teams compete for awards and recognition, including a chance to attend the Conrad Foundation’s Spirit of Innovation Challenge in the United States.

For more information on how to participate in STEM Nationwide Challenge, please click here: http://mcageorgia.ge/index.php/main/read_news/83

Ambassador Kelly: I am very pleased to participate in the kick-off of this important program that is funded partly by the U.S. Embassy.  I know that, this is the first year that we’ve had some private funding,to,o from GeoCell, for which we are very appreciative and what we are trying to do, I think, together with the Georgian government is to try to inculcate a culture of entrepreneurship, of innovation. … And, this award, I think, is part of that effort to try to really get an entrepreneurial mindset and innovation economy in Georgia.  So I am very pleased to participate in it.

Q-n  About  pre-election environment in Georgia

Ambassador Kelly: These elections are critically important and, I think, the Georgian government recognizes that, civil society recognizes that.   It’s very important that these elections be seen as reflective of the will of the Georgian people and, in order, for them to be reflective of that, there needs to a completely free and fair pre-electoral environment.  In very general terms, I think, that we are pleased with how the tone of the campaign has been very issue-driven.  I think, in many ways, it has been exemplary how this campaign has been conducted.  We are staying in very close touch with political parties, we are aware that there are incidents of intimidation and we have conveyed some of our concerns to the Georgian government.   But, I think, by and large, I wish our elections in America were as issue-driven as the ones here.

Q-n About Georgia’s participation in the UN General Assembly