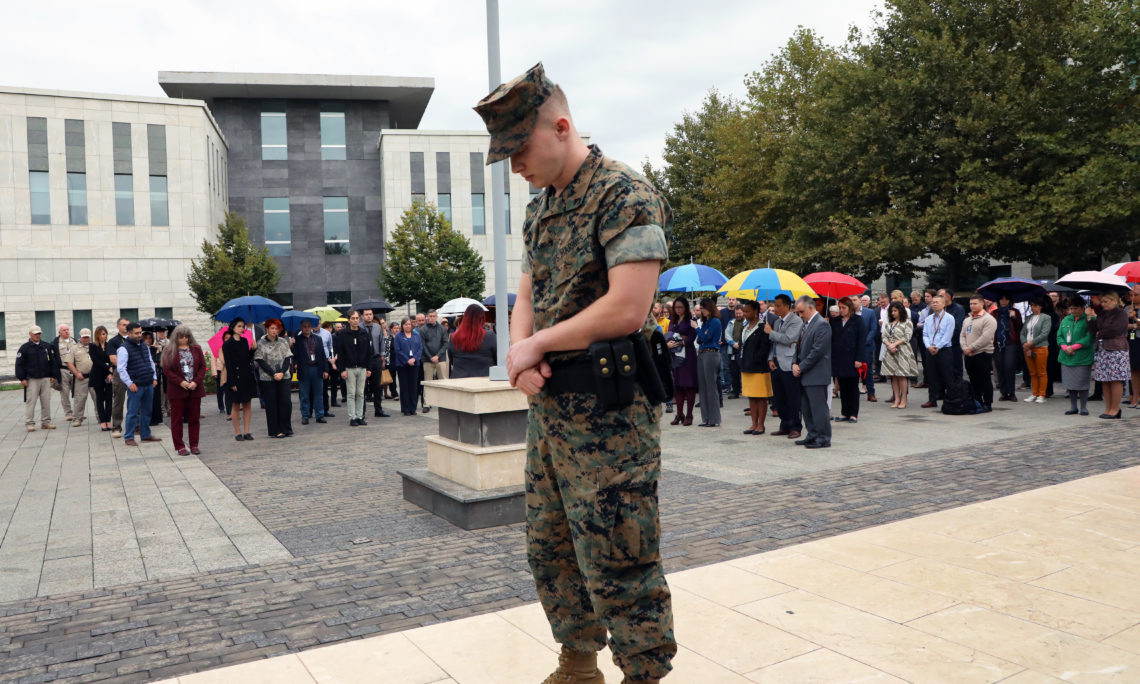 The passage of time will never diminish the magnitude of the loss or the courage, compassion, strength, and unity displayed during one of America’s darkest hours.
The horrific events of that September morning shook America, Georgia, and its friends and allies around the world to the core as we watched in disbelief as the chaos unfolded. Yet in the midst of loss and destruction, a renewed pride, patriotism and dedication to western ideals emerged. We pause today to remember not merely our pain and sorrow from that day but also our will, fortitude, and our reinvigorated unity in advancing those shared values at home and overseas with steadfast partners like Georgia.

The United States has endured many trials, yet few events have challenged our resolve like the events of September 11th. On that fateful day, our faith was challenged, but never lost; Americans wept, but could not be defeated. Through the devastation, we emerged stronger.

Today, let us unite in remembrance of the loss suffered on that day and do our part to ensure that future generations never forget this immeasurable tragedy or the sacrifices made by Americans, Georgians, and other allies in the days since.